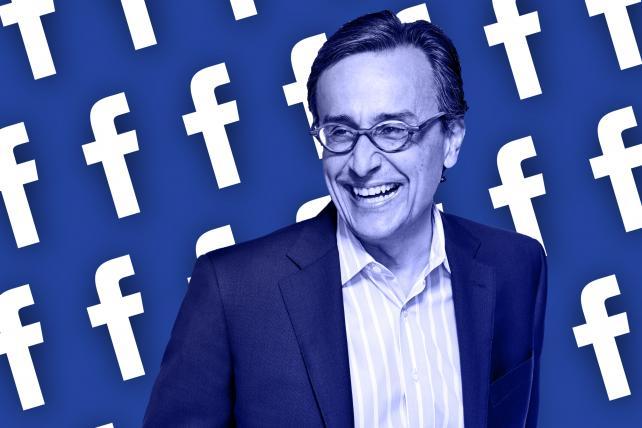 Welcome to Ad Age's Wake-Up Call, our daily roundup of advertising, marketing, media and digital news. You can get an audio version of this briefing on your Alexa device. Search for "Ad Age" under "Skills" in the Alexa app. What people are talking about today: Antonio Lucio, chief marketing officer for HP, is taking on a big new challenge. As the new CMO at Facebook, he'll be "on the front lines of the social network's image repair effort," as Ad Age's E.J. Schultz and Garett Sloane write. Also, they note that

"Lucio, a native of Spain who was raised in Puerto Rico, is known as a fierce advocate for diversity. At HP, he pushed his agencies to include more women and people of color in senior leadership positions."

The ad for the Facebook job requested someone with "experience in crisis management," which seemed like an understatement given the onslaught of crises Facebook has confronted, including pressure from Congress and misinformation spread on the platform by Russian government-linked trolls. Facebook has been running much-discussed (and expensive) apology ads, though some observers have questioned the effectiveness of the tactic. Can Lucio help #FixFacebook?
Also: Earlier this year, when Ad Age Editor Brian Braiker recorded a podcast with Lucio, he shared the results of his diversity push as well as some personal stories, including how a diagnosis of depression helped change him for the better. Listen to it here.

Change of plans
Back in late 2015, Hearst Magazines teamed up with Snapchat to launch Sweet, a social-only lifestyle and culture publication. (Recent sample content: Advice from the self-esteem-boosting "Queer Eye" team, and tips on "What to wear when it's soooooooo hot.") But there's change afoot. As Ad Age's Garett Sloane writes, Sweet is "closing its daily digital magazine, but the brand will be kept alive with a new show under that name."
Some staff have been let go, Sloane reports, but Hearst declined to say how many. Video is something Snapchat is focusing more on, and as Sloane writes, "Snapchat is competing with Facebook, Twitter and YouTube for this type of mobile media entertainment to attract younger users."

Nicotine or juice box?
Some e-cigarette and vaping liquids have been packaged to resemble favorite kids' brands, including Tree Top apple juice, Sour Patch Kids candies or Golden Oreos. The Food and Drug Administration and Federal Trade Commission gave companies a warning a few months ago, and the FDA just announced that "17 makers, distributors and sellers of nicotine-containing e-liquids for e-cigarettes had agreed to take the products off the market," The New York Times reports. An FDA statement contains a quote from Commissioner Scott Gottlieb saying the agency is "committed to holding industry accountable to ensure these products aren't being marketed to, sold to, or used by kids."
Worth a look: The FDA website has images of nicotine-containing products lined up next to the kids' products they imitate; it's worth checking out how they borrowed visual and marketing cues from well-known candy, cookie and juice brands aimed at children.

Oprah's dough
Oprah Winfrey has put her stamp of approval on the whole cauliflower-as-pizza-crust trend. There's one-third cauliflower puree in the dough of her new frozen pizza products, part of the "O, That's Good!" line that's a joint venture between Winfrey and Kraft Heinz, Ad Age's Jessica Wohl writes. Winfrey stars in the ads, of course. In a video for social media, Winfrey samples a slice and "does a little happy dance," Wohl writes. This made us reminisce about Winfrey's rhapsodic "I love bread" ad for Weight Watchers back in 2016, which sparked some amusing GIFs and memes, including one with Winfrey wearing a slice of bread on her head like a fashion statement. Anway. Watch the new ads here, and read more by Wohl.

Just briefly:
Flipping: Citing two unnamed sources, Vanity Fair reports that "prosecutors granted immunity to David Pecker, chairman of The National Enquirer publisher, American Media Inc., and A.M.I.'s chief content officer, Dylan Howard." Pecker is a witness in the probe into payments during the 2016 campaign to two women who said they had affairs with Trump.

Time after time after time: The new Time magazine cover by artist Tim O'Brien shows President Trump swimming in a flooded Oval Office, with the caption "In Deep." It's the third in a series; Ad Age's Simon Dumenco says the image "nails this surreal moment in American history."

Another Condé Nast departure: "Phillip Picardi, the chief content officer of Condé Nast's Teen Vogue, who was a rising star at the magazine publisher, is leaving the company," The Wall Street Journal reports. He's moving to Out.

Product of the day: Budweiser's Jim Beam-branded beer is called Budweiser Copper Lager. A new commercial describes it as "a rich lager, aged on Jim Beam bourbon barrel staves, with a toasted oak aroma and slightly nutty taste." Which sounds pretty fancy. Read about the product and the ad from Ad Age's E.J. Schultz.

Creativity pick of the day: The New York Public Library has put classics onto Instagram Stories, where you can now read "Alice and Wonderland" and "The Metamorphosis" with animated illustrations, I-Hsien Sherwood writes. Mother New York worked on the project giving literary cred to a platform filled with footage of your friends drinking cocktails or playing with their cats. Watch it here.