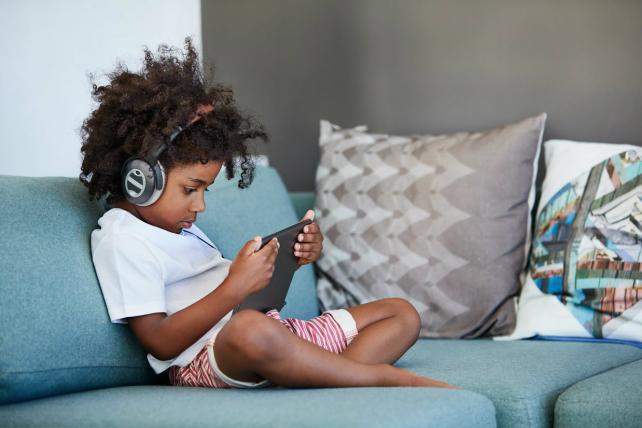 Welcome to Ad Age's Wake-Up Call, our daily roundup of advertising, marketing, media and digital news. What people are talking about today: Facebook has been facing relentless PR crises, but its ad sales are ... doing just great, actually. Facebook had ad revenue of $11.8 billion in the first quarter, up 50 percent from the same period a year ago, Ad Age's Garett Sloane writes. For months, the company has faced flak for allowing the spread of misinformation and propaganda made by Russian trolls. Then came the Cambridge Analytica user data privacy scandal -- which broke near the end of the first quarter, so its potential impact on ad sales isn't clear yet. Anyway, this is another reminder that advertisers and users don't share the same concerns. And also, as Sloane writes in another piece, advertisers want more data on Facebook users, not less.
Also: A new nationwide campaign from Facebook reminisces about the good old days of Facebook, when it made us feel "a little less alone." It promises to put the focus back on friends, like how it was before Facebook's problems with "spam, clickbait, fake news and data misuse." Read more by Ad Age's I-Hsien Sherwood, and watch the spot here. (Trigger warning: This video contains footage of people flashing engagement rings, showing off baby bumps and celebrating their birthdays with friends who look so much more fun than yours. Enjoy!)

Parental approval
YouTube Kids has been criticized for letting disturbing videos slip into the mix -- meaning unsuspecting kids might suddenly see a scary knockoff video of a wailing Peppa Pig getting all her teeth pulled at the dentist, or Mickey Mouse bleeding out in the street. Now it's launching more parental controls. As TechCrunch writes, "The new features will allow parents to lock down the YouTube Kids app so it only displays those channels that have been reviewed by humans, not just algorithms." Score one for the humans. And if parents want to hand-pick the content their kids can access, they soon will be able to do that too, which means they can turn off videos of popular YouTube child stars like JoJo Siwa. As TechCrunch says, "What took you so long, YouTube?"
Also: A new Amazon Echo Dot Kids Edition has extra parental controls, too. As CNN writes, "Songs with inappropriate lyrics are automatically blocked, and the ability to purchase items from the internet is disabled." Also, Amazon Alexa will now commend kids who say "please" and "thank you" to Alexa instead of just rudely shouting out orders, as USA Today writes.

'McFlurry Prestigio'
A rather swanky, cosmopolitan new McDonald's opened this week in Chicago in the building that will host the fast food chain's new headquarters. The rotating menu gives a taste of items from McDonald's outside the U.S.: "Foods currently on the menu include Canada's Mighty Angus burger, Hong Kong's McSpicy chicken sandwich, Australia's Cheese & Bacon Loaded Fries, Brazil's McFlurry Prestigio and two salads from France," Ad Age writes. The décor is more upscale, too, using muted colors and wood. McDonald's says the new Chicago headquarters will open later this spring; it's part of a trend of companies leaving their suburban campuses for urban digs. Read more in the Ad Age Marketer's Brief.

Just briefly:
Corruption probe: Billionaire Vincent Bollore was charged by French investigators in "a probe into the possible use of bribes in two African countries," Bloomberg News reports. The case has a link to ad group Havas, where Bollore was chairman at the time.

Whoops: The Wall Street Journal has a must-read story on how NBC's "three-year, $69 million bet to woo (Megyn) Kelly from her conservative prime-time perch at Fox News is backfiring." Her "Today" ratings are down 18 percent from the corresponding segment last season, Nielsen says.

Lonely road: Ford Motor Co. says "the only cars it will keep in North America beyond their current generations are the Mustang and the Focus Active arriving in 2019," as Automotive News writes.

Truce?: As part of a deal with bankrupt Gawker Media, Peter Thiel has agreed not to bid on the web publisher's assets, Bloomberg News reports.

Truth: Hanya Yanagihara, novelist and editor of The New York Times' T Magazine, talks to Ad Age editor Brian Braiker about the power magazines have to "slap you in the face" with an image. Also, she says, "for every child who's growing up in a small town, magazines really were the portal to something bigger." Listen to their conversation on the Ad Lib podcast.

Creativity pick of the day: In a snarky and clever move, a new campaign from Burger King trolls McDonald's and its execs. As Ad Age's Jessica Wohl writes, "BK somewhat subtly points out, using photos pulled from real estate listings and articles about unnamed former executives, that they all had not only ornate yards, but that those yards featured grills." Because even McDonald's execs love flame-grilling, which is how Burger King differentiates itself from its bigger rival. Read more by Ad Age's Jessica Wohl, and check it out here.