'The Masked Singer' looks like a winner for Fox (though yes, it's wacko): Friday Wake-Up Call | Ad Age
Skip to main content

'The Masked Singer' looks like a winner for Fox (though yes, it's wacko): Friday Wake-Up Call

Plus, a look at how the government shutdown could hurt the ad industry
READ THIS NEXT
Big brands try reusable packaging. Plus, Mark Zuckerberg defends Facebook's ad model: Friday Wake-Up Call 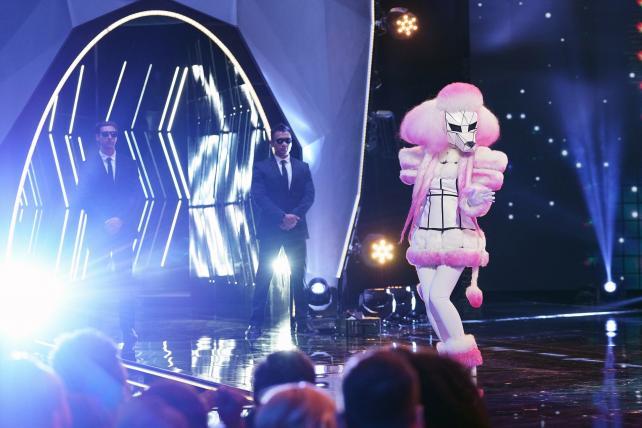 'The Masked Singer' is wacko, but it might be a hit
Credit: Michael Becker / FOX

What people are talking about today
Who knew? Audiences were apparently craving a campy TV show in which singing celebrities conceal their identities beneath elaborate unicorn, lion and peacock costumes. What exactly are we to make of Fox's new singing contest "The Masked Singer," inspired by a hit show from South Korea? "'The Masked Singer' is what happens when everyone tries too hard and gives up at the same time," opines Jezebel. "What the holy hell is this?" asks EW.com. But hear us out … it's actually a lot of fun! Wednesday night's debut had 9.4 million viewers and was 'the best premiere among adults 18-49 of any series (excluding sports) this season, tying 'This Is Us'' season opener," The Hollywood Reporter writes.
So what do you think -- is that '70s heartthrob Donny Osmond hiding inside the peacock getup?

More news from TVland
"Network TV can't survive without the NFL." That's the takeaway from Ad Age's Anthony Crupi, who pored over the 2018 Nielsen ratings to figure out what they mean. Here's a quotable figure: Live sports accounted for 89 of the year's 100 most-watched broadcasts, as Crupi writes. The dominance of sports over scripted shows will come as no surprise to anyone paying attention to the industry. Still, the numbers are striking. Here's another one: There were only three scripted series on the top 100 list -- an episode each of NBC's "This Is Us," ABC's "Roseanne" and CBS' "The Big Bang Theory." One of those shows is ending this year, and another is already dead.

Shutdown
The federal government spends almost $1 billion a year on advertising. Which means the partial government shutdown, now entering its 14th day, could cause headaches for ad agencies. "Delayed payments, disrupted campaigns and the postponement of agency appointments are all potential outcomes should the shutdown continue," write Ad Age's Adrianne Pasquarelli and Megan Graham. How long is it going to last? Who knows. USA Today writes: "The newly minted House Democratic majority pushed through a series of spending bills on Thursday to reopen the federal government, but congressional Republicans dismissed the effort as pointless political theater and the White House threatened a presidential veto." Basically, the end's not in sight yet.

Bumble: Dating app Bumble plans a campaign with Serena Williams about women making the first move in dating, friendship and business, Ad Age's Jeanine Poggi reports. The campaign is called "The Ball Is In Her Court," and it will be unveiled during the Super Bowl. But will it run during the big game? Not clear.

Ad of the day: A Pizza Hut ad in the U.K. subtly disses rival Domino's in clever spots that feature ... toppling dominoes. I-Hsien Sherwood writes that "American John Marshall Jones plays multiple roles across five different 20-second spots, which, when combined, form a fully cohesive 2-minute clip of fast-talking and Rube Goldberg-style machinations. A desk turns into a delivery scooter, a living room becomes a gallery and a courtroom morphs into curbside parking." Check it out here.