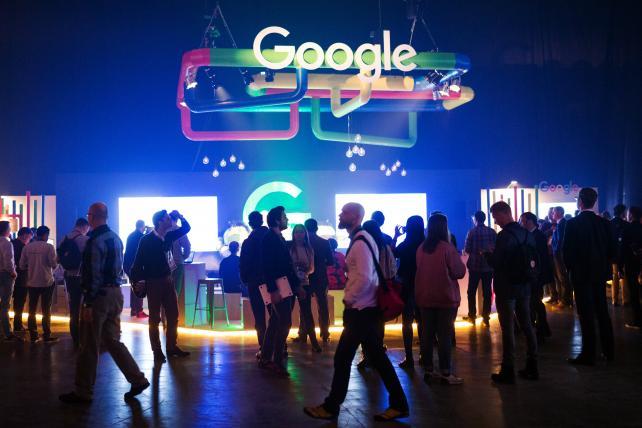 Welcome to Ad Age's Wake-Up Call, our daily roundup of advertising, marketing, media and digital news. You can get an audio version of this briefing on your Alexa device. Search for "Ad Age" under "Skills" in the Alexa app. What people are talking about today: Aretha Franklin, the "Queen of Soul" who died at age 76 on Thursday, sang anthems that defined an era. She left a mark on advertising too, and Ad Age's Judann Pollack compiled Franklin's best ad work. Listen to her surprising 1968 tune for Coca-Cola, a radio-worthy song about being lonely in a town where you don't know anyone: "So I think I'll get a Coke/ sip it all alone/ Coke can give a strange place/ A little touch of home."
Also: "Fox News apparently mistook singer Patti LaBelle for Aretha Franklin on Thursday" and used the wrong image in a montage, The Daily Beast writes. The network apologized.

'Google employees need to know what we're building'
"Google employees are demanding answers from the company's leadership amid growing internal protests over plans to launch a censored search engine in China," The Intercept writes. A letter of protest has been circulating, and employees say they want the company to be more open with its employees. The letter notes that most Googlers learned about the China project from media reports. "We urgently need more transparency, a seat at the table, and a commitment to clear and open processes: Google employees need to know what we're building," the letter says. The New York Times' sources say 1,400 employees have signed it. Google employees have been outspoken lately and also protested the company's work in a Pentagon program to use artificial intelligence to analyze drone footage. Google pulled out of the program in June.
One thing to note: Google shut its China search engine in 2010 to avoid censorship restrictions. Despite that, it has hundreds of employees there selling ads to Chinese companies that want to reach consumers outside China.

'Excruciating'
Tesla founder Elon Musk gave a long interview to The New York Times shedding light on what everyone's wondering: Is he OK? Musk told The Times that the past year had been "excruciating." The Times says Musk choked up several times during the conversation; he says he's been working up to 120 hours a week and almost missed his brother's wedding this summer. Musk's erratic tweeting has been under scrutiny, including his announcement that he might take Tesla private, which reportedly sparked a Securities and Exchange Commission probe.
The Times writes that "efforts are underway to find a No. 2 executive to help take some of the pressure off Mr. Musk, people briefed on the search said." Also, The Times writes, some board members told Musk to "lay off Twitter and focus on making cars and launching rockets." But Musk says he doesn't regret his much-discussed Twitter post, and he plans to keep tweeting. The whole interview is worth reading, and there are some unusual moments, like when Musk talks about weed. ("There's a reason for the word 'stoned.' You just sit there like a stone on weed.")

The highly clickable headline on Spitznagel's story is "Kanye West's favorite pornographer is a master of SFW marketing."

Just briefly:
Another one: Kenya Barris, creator of ABC's "Blackish," has signed a three-year with Netflix, joining two other prominent recent Netflix recruits, Shonda Rhimes and Ryan Murphy. Read about it in Variety.

Movies: Amazon is in the running to acquire Landmark Theatres, which owns about 50 cinemas, Bloomberg News reports.

False alarm: "Facebook has given a clean bill of health to Crimson Hexagon, the data analytics firm that set off alarm bells over a Russian client with ties to the Kremlin," Ad Age's Garett Sloane writes.

'Very bad': After several hundred U.S. newspapers published editorials criticizing President Trump for attacking the press, he tweeted a message with a lot of capital letters: "THE FAKE NEWS MEDIA IS THE OPPOSITION PARTY. It is very bad for our Great Country....BUT WE ARE WINNING!" Read about it in The Daily Beast.

Social influencers: In the U.K., "celebrities who promote products on social media are under investigation by the competition watchdog amid concerns they are not making it clear when they have been paid to do so," The Guardian reports.

Creativity pick of the day: Chuck Norris appears in Toyota's comedic new ad, but the martial arts legend gets upstaged by a Tacoma truck. The truck has a montage of action hero-ish scenes; as Ad Age's Alexandra Jardine writes, it "surfs a gigantic wave, plays a tense game of chess, rescues a football from a tree and dances in a club with a woman." The spot is from Saatchi & Saatchi and director Andreas Nilsson, who filmed Jean-Claude Van Damme in Volvo's "Epic Split." Watch it here.

From voice assistants to bread-making robots to self-driving cars, Ad Age Next will dive deep into the ways that tech is already reshaping lives and explore the latest changes about to arrive. Join Softbank Robotics, MedMen, Refinery29, Blacture, Bumble, Twitch, Activision Blizzard and more this Nov. 13 and 14.