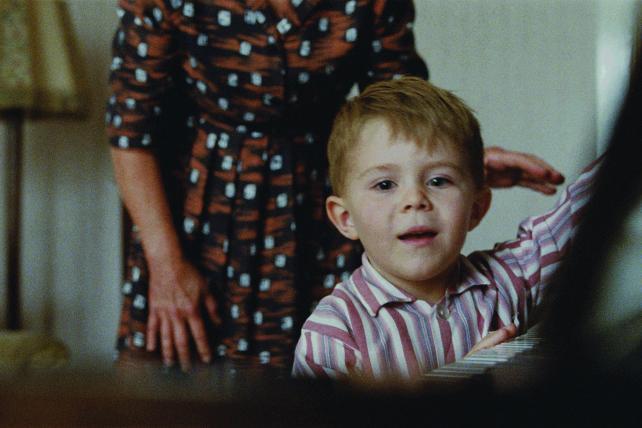 What people are talking about today
UK department store John Lewis, famous for its heartwarming holiday ads, is trying something new this year. While its past ads often had a whimsical, storybook feel (with tales of a stuffed penguin, a monster under the bed, the man on the moon), this year's highly awaited spot stars a celebrity pitchman, Elton John. As Ad Age's Alexandra Jardine writes, the ad from Adam&Eve/DDB is about how a holiday gift – in this case, a piano -- can change your life. The Daily Mail says the ad divided viewers, because some people see it as a "not very Christmassy" plug for Elton John. But there are plenty of divisive topics in the world right now, so can we please not argue too much about this ad? A lot of people love it. Full disclosure: The author of this newsletter, who generally changes the station when Elton John songs come on the radio, shed quite a few tears over this commercial.
Brand reactions: LIDL, the discount supermarket, tweeted an ad for an electric keyboard selling for way cheaper than the pianos on sale at John Lewis. "Just because you don't have £872 to spend on a piano, doesn't mean you can't be the next Elton," LIDL tweeted. Which is true, of course. Whatever camp you're in -- John Lewis' or LIDL's -- happy holidays.

Crisis management
Facebook is doing damage control after The New York Times reported that CEO Mark Zuckerberg and COO Sheryl Sandberg ignored signs of trouble on its social platforms and tried to keep them quiet. After the story broke, Facebook "ended its relationship with a Washington-based consulting firm, Definers Public Affairs, which spread disparaging information about the social network's critics and competitors," The New York Times reports. Facebook's board defended Zuckerberg and Sandberg in a statement, while the CEO held a lengthy phone call with reporters in which it defended itself from criticism about its handling of Russian disinformation on its platform. "To suggest that we weren't interested in knowing the truth, or to hide what we knew, is simply untrue," Zuckerberg said.
Remarkable: Some ad execs are going on the record to criticize Facebook. Rishad Tobaccowala, chief growth officer for the Publicis Groupe, told The Times: "Now we know Facebook will do whatever it takes to make money. They have absolutely no morals."
Other Facebook news: The company's "plans to topple TV advertising have come to a halt as it shut down key programs that delivered commercials to TV networks and publishers online," Ad Age's Garett Sloane writes.

Fighting on
McCann hoped to keep hold of the U.S. Army account, which it's had for 13 years. But things haven't gone as planned. Ad Age's E.J. Schultz and Megan Graham write:

"The Interpublic shop was eliminated from the review earlier this year, but it fought the decision by filing a protest with the Government Accountability Office. The GAO this week denied the protest bid, but McCann is vowing to take the matter to the U.S. Court of Federal Claims."

Meanwhile, WPP and Omnicom "are still alive in the review," Schultz and Graham report, citing people familiar with the matter. Read the full story here.

Just briefly:
Direct-to-consumer: Traditionally, the marketing strategy for direct-to-consumer brands involves a lot of digital and out-of-home ads. But as Ad Age's Jeanine Poggi writes, NBCUniversal is trying to woo them to TV. Here's the pitch from Linda Yaccarino, chairman of advertising sales and client partnership at NBCU: "There's no better way to build immediate scale and build your brand than with premium video versus the limitations of performance-based advertising."

Fields of dreams: Fox Sports and Major League Baseball "have come to terms on a renewal that will secure the Fox broadcast network as the home of the World Series through 2028," Anthony Crupi writes in Ad Age.

Menthol: "U.S. regulators are seeking a nationwide ban on menthol cigarettes, a move that would remove nearly a third of the roughly 250 billion cigarettes sold annually in the country," The Wall Street Journal reports.

Fancy: Nike has a new flagship store in New York City. Bloomberg News reports that the six-floor shop "is designed to work seamlessly with the Nike app, letting shoppers check out on their phones, ask to have clothing delivered to dressing rooms and schedule appointments with an in-house stylist."

Quote of the day: "People are not just buying your product or service any more. They're buying your culture or what you stand for," says Aaron Walton, co-founder of agency Walton Isaacson. Listen to Walton's full conversation with Ad Age Editor Brian Braiker in the Ad Lib podcast. And happy Friday.