Thursday Wake-Up Call: Wieden & Kennedy gets a finger-lickin' win, plus other news to know today 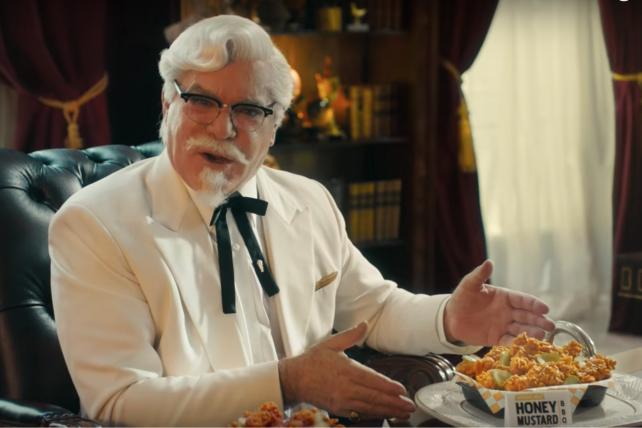 X-Men + Avengers
Comcast has announced that's it's in the advanced stages of preparing a mega offer for 21st Century Fox's entertainment assets, in hopes of thwarting the Walt Disney Co.'s own bid. There are many angles to this complex story about the future of the entertainment industry, and Ad Age tackles it via the nerd angle. Garett Sloane writes:

"There is one cohort in particular that stands to be the biggest loser if Comcast succeeds: Comic book fans. Disney, of course, owns the characters that make up the Avengers and Fox owns the X-Men, two beloved franchises that have not been able to appear in the same films because of their rival owners."

Writer and venture capitalist M.G. Siegler tweeted, "Comcast's true innovation has always been coming up with new and interesting ways to engender consumer outrage; currently, figuring out a way to scuttle the Avengers/X-Men crossover."

Pravda
Tesla has had a slew of problems lately. Founder Elon Musk hasn't been getting the media adulation he's accustomed to, and he just launched a curious Twitter rant against journalists. He says he wants to found a website to rate the credibility of media, and he suggested it be named "Pravda" (as in, the Soviet propaganda outlet). He also suggests journalists are biased against Tesla because it doesn't support their publications with paid advertising, tweeting:

"Problem is journos are under constant pressure to get max clicks & earn advertising dollars or get fired. Tricky situation, as Tesla doesn't advertise, but fossil fuel companies & gas/diesel car companies are among world's biggest advertisers."

Some dubbed Musk's discrediting of the fourth estate "Trump-like." His tweetstorm also provoked collective eye-rolling among reporters. A Fast Company writer quipped that he was going to the bank to "deposit a few checks from ExxonMobil and the Democratic National Committee before my evening champagne tasting."

Just briefly:
Taking a knee: The NFL's new policy is that teams will be fined if players kneel on the field during the national anthem. (They also have the "option" of staying in the locker room.) One team leader, the New York Jets' chairman, says he won't discourage players from protesting racial injustice. "There are some big, complicated issues that we're all struggling with, and our players are on the front lines," Christopher Johnson told Newsday.

Game on: The U.S. Surpreme Court recently cleared legal sports gambling, and it didn't take long for the dealmaking to start. Ireland's gambling giant Paddy Power Betfair is buying U.S. fantasy sports site FanDeal. Recode says it's "the type of combination we are likely to see more of in the future. It pairs someone who already handles legal sports gambling with someone who has a big digital footprint in the U.S. sports market."

You talkin' to me?: A gym owner in Alabama put up a billboard with a message he meant as humorous. "Tired of being fat and ugly? Just be ugly!" City officials want it to come down, The Washington Post writes.

Taste test: Arby's is switching from Pepsi to Coca-Cola soft drinks, and some customers are annoyed, Ad Age's Jessica Wohl writes. One guy tweeted: "Devastating. Curly fries and Mountain Dew is a staple to the American diet. No one wants to get fat and die on Mello Yello."

GDPR: The European Union's strict new user data privacy rules go into effect Friday (yes, tomorrow). And "the Interactive Advertising Bureau's Tech Lab has released a proposed framework that it says would make it easier for marketers to understand the quality of data they're buying and, more importantly, where it came from," Ad Age's George Slefo writes.

Watch: How much do millennials know about the classic TV shows getting reboots? Ad Age checked in with our staff to find out. ("I don't know who Murphy Brown is. I'm going to say he's an actor?") Read more by Jeanine Poggi, and check out the video.

Listen: "It's a brutal time in the business. Clients want 100 times more for 50 percent less," says Sandy Greenberg of the agency Terri & Sandy. "One of our founding mottos is 'Go where you're celebrated, not tolerated.'" Check out editor Brian Braiker's Ad Lib podcast interview with Greenberg and co-founder Terri Meyer to hear what it's like running a successful independent shop.

Creativity pick of the day: You know the classic Michael Jordan "Wings" poster, where he stretches out his arms and displays their impressive muscle-y span? WNBA star Maya Moore recreates the pose in a Jordan campaign from Wieden & Kennedy New York. "In the age of female empowerment, it seems like a smart move for the brand," writes Ad Age's Alexandra Jardine. Check it out here.