The NAACP's protest is called '#LogOutFacebook' 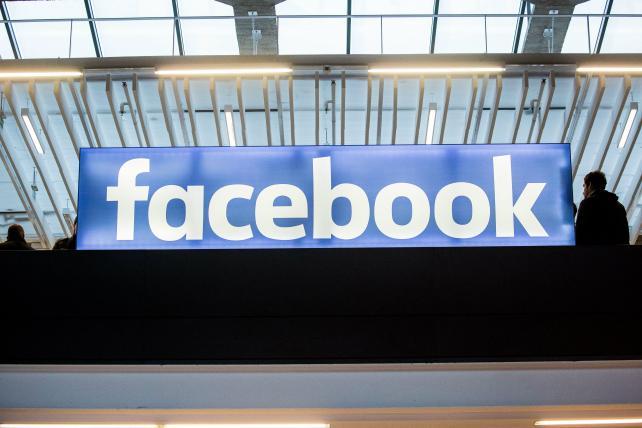 What people are talking about today
Les Moonves won't get any severance pay from CBS. The former chairman and CEO stepped down in September amid multiple allegations of sexual misconduct, and the CBS board hired two laws firms to investigate, and to determine if Moonves was eligible for a $120 million exit payment. The answer: No. CBS cited Moonves' "willful and material misfeasance, violation of company policies and breach of his employment contract."
What Moonves' lawyer says: Moonves lawyer Andrew Levander told Bloomberg News that the "press was informed of these baseless conclusions before Mr. Moonves, further damaging his name, reputation, career and legacy." Levander added that Moonves denies any non-consensual sexual activity.
What a women's advocacy group says: Shaunna Thomas, co-founder of UltraViolet, says the decision "shows that across corporate America, the tides are turning, and the new norm is that if you abuse women, you will lose your job and your golden parachute."

#LogoutFacebook
Today, The National Association for the Advancement of Colored People is urging people to log out of Facebook and Instagram for a week. The civil rights group's boycott call comes after a report that Russia's social campaign to influence the 2016 U.S. presidential campaign was aimed in large part at African-Americans. The NAACP also says it has returned a donation from Facebook. #LogOutFacebook, the group says, is "a way to signify to Facebook that the data and privacy of its users of color matter more than its corporate interests."
Also: Facebook-owned Instagram was a "significant front" in the influence operation of the Russian Internet Research Agency, according to a new report commissioned by the U.S. Senate. And that's "something that Facebook executives appear to have avoided mentioning in Congressional testimony," the report says. Read more via Bloomberg News.

Holiday spirit
Quick survey: Would you gift someone a Crest tooth whitening kit? Well, consumer goods companies say that practical gifts are getting more popular, Ad Age's Jack Neff reports. Procter & Gamble says some people are even giving the gift that keeps on giving: a seemingly endless roll of toilet paper. Neff writes that the Charmin Forever Roll is

"a huge commercial-size roll of toilet paper that fits on a metal stand in the bathroom. The idea is that you only have to change the roll once a month. P&G is selling starter kits, including stand, at Get.Charmin.com for $16.47."

Miss Manners would probably not approve. But it would be a conversation piece at Christmas dinner.

New campus: "Google says it will spend $1 billion to create a new campus in Manhattan, looking to more than double the number of its employees in New York City in coming years," NPR writes.

A pause: HQ Trivia's new game show and a sponsorship deal with Google have been postponed following the death of the company's CEO, Colin Kroll. Read more from Ad Age's Garett Sloane.

Elsie the Cow: Borden Dairy has hired Curiosity Advertising as its agency of record, Wohl also reports, and "the dairy company known for its Elsie the Cow character plans to kickstart its marketing."

Blast from the past: "Alfonso Ribeiro, who starred as Carlton Banks in the '90s sitcom 'The Fresh Prince of Bel-Air', is the latest celebrity to sue Epic Game," Polygon reports, claiming that the company stole his dance and recreated it in "Fortnite."

Acronym of the day: Amazon has a CRAP list, and brands should try to stay off it. CRAP actually stands for "can't realize a profit." Ad Age's Garett Sloane reports that "Amazon will remove products if they're not profitable for the company." Read about avoiding CRAP, as well as other best practices for working with Amazon, here.

Note: The deadline has been extended for Ad Age's A-List awards. The final deadline is now Thurs., Jan. 3, at 5 p.m. EST.