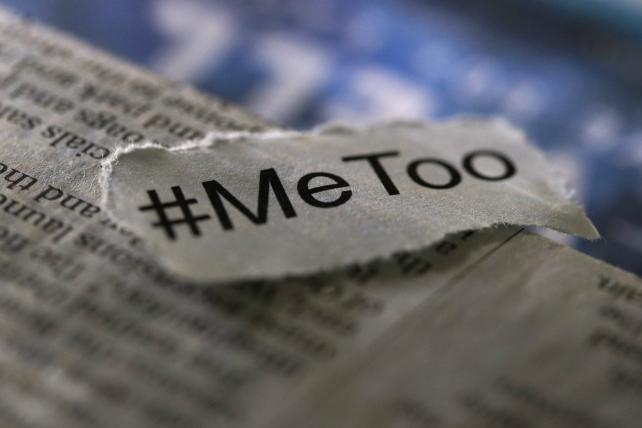 Welcome to Ad Age's Wake-Up Call, our daily roundup of advertising, marketing, media and digital news. You can get an audio version of this briefing on your Alexa device. Search for "Ad Age" under "Skills" in the Alexa app. What people are talking about today: Apparently, decluttering your brand name is all the rage. Dunkin' Donuts is trimming the "Donuts" from its name, and Weight Watchers has slimmed down to WW. In the agency world, Ogilvy shed "& Mather" this year. Digitas LBi is just plain old Digitas now. And this week New York agency Figliulo & Partners announced that it wants to be called Fig, like the fruit. Read more on that by Ad Age's Ann-Christine Diaz.
To be fair: There are a few agencies snubbing the Marie Kondo-ization of brand names. One is the newly formed VMLY&R, obviously. And an ad agency called Office of Baby is going from a 12-letter name to a 22-letter one; its new moniker is Interesting Development.

Bait and switch
The U.S. edition of Elle magazine tweeted a broken-heart emoji and the message: "Kim Kardashian and Kanye West are breaking up." But anyone who fell for the clickbait was taken to a page urging voter registration. Instant backlash ensued. "Voting is important, but creating actual #FakeNews/memes to promote it hurts the press' credibility and is insulting to readers," the HuffPost's Jenna Amatulli tweeted. The Hearst publication apologized: "We made a bad joke. Our passion for voter registration clouded our judgement (sic) and we are sincerely sorry."

The proof is in the guacamole
Chipotle wants proof its TV commercials are actually selling burritos. And Turner is willing to give it. Turner struck a deal with Chipotle to guarantee commercials that run on its networks, which include TBS and TNT, will generate a sales lift. It's a risky move for Turner, with the potential to reveal, perhaps, that Turner's programming doesn't bring an uptick in sales for the fast-casual restaurant. But it's a risk TV networks have to take as they look to compete with Facebook and Google. As Ad Age's Jeanine Poggi writes, this deal is only an early first step in a move by TV network groups to change the way TV is transacted.

#MeToo
The #MeToo movement is hitting India, causing upheaval in the local ad industry. Four execs with Dentsu Aegis Network agencies in India have stepped down after being called out for harassment in anonymous posts online. A statement from Dentsu Aegis Network doesn't spell out why the men left, but notes: "We have a zero tolerance policy towards any kind of harassment at our workplaces." Dentsu Aegis said the men who exited were Kartik Iyer, CEO of Happy McGarryBowen; Praveen Das, the agency's managing director; its senior creative director Bodhisatwa Dasgupta; and Dinesh Swamy, national creative director for iProspect India. The four did not immediately respond to requests for comment from Ad Age.
A POV worth reading: Swati Bhattacharya, chief creative officer of India's FCB Ulka, has strong feelings about #MeToo: "We are coming from a culture where, for 400 years, we were shaming the victim, talking about things like her family honour being besmirched," she tells Mumbrella Asia. "If we've started shaming the accused now, let it happen. Even if some of it is very ugly. I am so good with it."

Knowns and unknowns: Ad Age's Garett Sloane looks at what we know so far about privacy and advertising on Portal, Facebook's video-calling device for the home.

Goodbye: Lena Dunham's feminist website, Lenny Letter, is shutting down, The New York Post reports. The site's newsletter "had always struggled for ad support, according to industry sources, and a series of controversies hasn't helped," The Post says.

Big Mac: Where do things stand in McDonald's gargantuan global media review? Ad Age's Jessica Wohl and Megan Graham write that "so far, OMD has retained the business in Canada, China and Germany, while Starcom has won in France. Duties in Latin America will be split between the two agencies."

Ad of the day: Bryan Cranston ("Breaking Bad") has a long career as a TV pitchman, hawking products from JC Penney suits to Preparation H hemorrhoid cream. He's at it again. "Ford is trying to get its mojo back and is calling on Bryan Cranston to help get the job done," writes Ad Age's E.J. Schultz. Watch the spot here.