Investors worried at first about Nike's Colin Kaepernick ads. They shouldn't have. 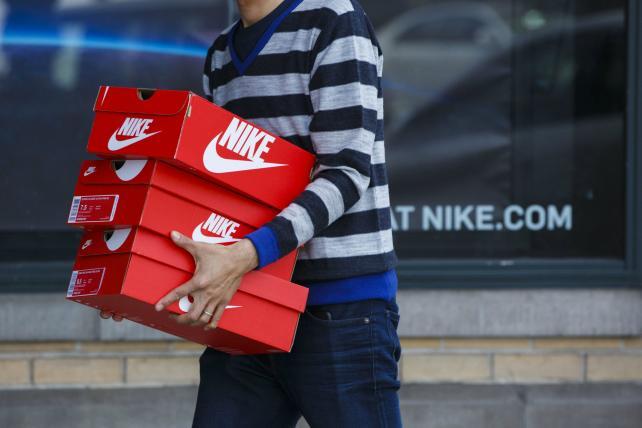 What people are talking about today
Nike's Colin Kaepernick ad had fans and detractors, but hard numbers on quarterly sales bolster the case that Nike's move was smart for business. In the quarter that ended Nov. 30, Nike Inc.'s revenue jumped 10 percent over the year-earlier period to hit $9.4 billion. Looking at the Nike brand alone (excluding holdings such as Converse), revenue rose 14 percent to $8.9 billion, as Ad Age's Adrianne Pasquarelli writes. The "Just Do It" ad -- featuring the former NFL quarterback who led the anthem protests against racial inequality -- debuted just as the quarter started up. Andy Campion, exec VP and chief financial officer, told analysts that Nike "reignited brand heat in North America" with the campaign. Also worth noting: Sales soared 26 percent in China, despite the U.S.-China trade war.
Flashback: Recall that some investors were initially skittish about the Kaepernick campaign and how it might impact sales. The day after Nike put Kaepernick's face on an ad, its share price dropped 3 percent.

'Vegan beauty elixir'
What do Coca-Cola, retired New York Yankee Alex Rodriguez, actress Kate Hudson and former Verizon exec Tim Armstrong have in common? As Bloomberg News reports, they all invested in the company that makes the Dirty Lemon beverage brand, which has a cashier-less store in New York where you're supposed to pay by text message. (It's the honor system.) The packages are minimalistic and very Instagrammable, and the products are infused with trendy ingredients like turmeric, charcoal and until recently, cannabis compound CBD, an offering it discontinued. Bloomberg says Coca-Cola led a $15 million investment round that values the company (called Iris Nova) at arout $60 million. Skeptics might roll their eyes at some of the flowery product descriptions. A water containing lemon and rose extract is described as a "vegan beauty elixir designed with potent polyphenols and antioxidants to decrease stress, support anti-aging and protect against free radical damage." Since they're charging up to $65 for six bottles of the stuff, they can't just call it lemon-rose water.

"An offensive strategy by one or more members of the FAANG (Facebook, Amazon, Apple, Netflix, Google) set could irrevocably change the complexion of the Sunday TV windows as well as the Monday primetime showcase. But is the NFL sufficiently enamored with the streaming experience to go all-in on a digital-centric package that would eliminate one of its legacy broadcast windows? That's the $64 billion question."

Crupi writes that a middle-of-the-road option may be more appealing to different parties, with a digital player striking a strategic partnership with a legacy broadcaster.

'Egregious'
While Facebook has suffered one massive public relations scandal after another this year, its ad business is still growing. But as Ad Age's Megan Graham writes, one top media agency exec just caused a stir by saying he would advise clients to stay off the platform. "It's about time we take a collective stand against the egregious behavior of Facebook," Mat Baxter, global CEO of Interpublic Group of Cos.-owned media agency Initiative, wrote on LinkedIn Wednesday. Any signs of discontent in the advertising community are obviously something to watch. Pivotal Research senior analyst Brian Wieser said Baxter's comments would not likely "tangibly impact revenues immediately." But as he wrote in a research note, they "indicate that there are heightened risks to advertising revenue at Facebook at this time."
Worth noting: Facebook's VP of global marketing solutions Carolyn Everson says the company has "a strong partnership with IPG agencies around the world..." Facebook is also fighting back against recent bad press about its sharing of user data with other tech companies; it has a blog post entitled "Let's Clear Up a Few Things About Facebook's Partners."
Plus: Yes, there's yet another negative headline for Facebook to contend with, this time about its WhatsApp messaging service. "WhatsApp fails to curb sharing of child sex abuse videos," the Financial Times writes.

Just briefly:
Mr. Unpopular: An Australian ad for a sports betting company set a record by racking up nearly 800 complaints lodged to the country's advertising watchdog, The Sydney Morning Herald reports. The ad for Sportsbet for some reason showed a guy "manscaping" his nether regions. The scene obviously had nothing to do with sports betting, but it was … attention-getting.

Kind of blue: Swift is the new creative agency of record for Blue Apron, which "could really use a boost," Jessica Wohl writes in Ad Age. The meal kit company had previously worked with Droga5.

To recap: Ad Age continues its lists of things that made 2018 notable – today we look at the year's biggest brand flameouts, but also its biggest comebacks.

Video of the day: The holidays are all about family togetherness -- which means there are plenty of opportunities for your parents to tell you what they really think about Hillary Clinton's emails. If you fear your parents might overdose on Fox News, a funny new PSA from three creatives lets you know that cable providers' "parental controls" can also be used to protect your parents from TV talking heads. As Ad Age's Ann-Christine Diaz writes, the spot stars Andy Richter and Carrie Madsen as conservative parents. The campaign is called #Outfoxtheholidays. Diaz writes that the "the idea illustrated here is clearly left-leaning, but no one's stopping you from taking it in the other direction." Check it out here.