Your Friday Wake-Up Call: Bad News for BuzzFeed. Plus, the Trouble With Brand USA | Ad Age
Skip to main content
Sign In Register

Your Friday Wake-Up Call: Bad News for BuzzFeed. Plus, the Trouble With Brand USA 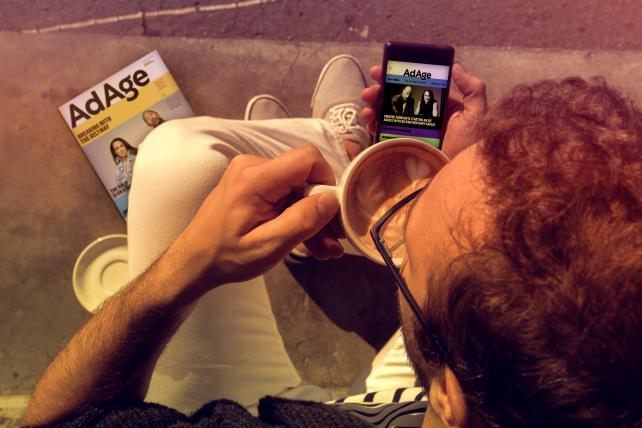 Welcome to Ad Age's Wake-Up Call, our daily roundup of advertising, marketing, media and digital-related news. We've got a little news ourselves: You can now get an audio version of this briefing on your Alexa device. Click here, or search for "Ad Age" under "Skills" in the Alexa app.

What people are talking about today: For digital media companies, the past 24 hours felt like a terrible, horrible, no good, very bad day. Mashable will reportedly get bought by Ziff Davis for $50 million, The Wall Street Journal says. But that's a "fire sale price," as Variety calls it, because it's just 20 percent of the company's onetime valuation. (There's been no official word yet on a deal.)

Meanwhile, BuzzFeed is set to miss its revenue target of around $350 million this year by about 15 to 20 percent, The Journal says. And the report says its chances of going public next year now look "remote."

But wait, there's more: Vice Media will also miss its $800 million revenue target this year, The Journal says in the same article, without saying by how much. (Kudos to The Wall Street Journal for its Thursday scoop-a-thon.) And Oath, the new parent of brands including Yahoo! and AOL, reportedly laid off up to 560 people, according to Digiday, though it's not clear which divisions or brands might be affected.

So what's the takeaway? Google and Facebook are scooping up most of the online ad dollars, and it's not easy for online publishers to grab their share. But also, it's a reminder that online publishing is a tough business, even for hot brands like BuzzFeed and Vice.

On Monday, Ad Age's Simon Dumenco had an oddly prescient column on this very topic. He wrote, "Here's the way I see it: The difference between old and new media publishers (or traditional and digital-native publishers, if you prefer) is that, while both struggle to stay afloat, some new media companies just don't quite realize it yet." His full column is worth reading, here.

Gut-wrenching
Brad Jakeman, the outgoing president of PepsiCo's global beverage group, learned a lot from the backlash to the Kendall Jenner ad, the one where she handed a cop a Pepsi during a protest. Jakeman called it "the most gut-wrenching moment" of his career, and he shared what he learned at the Ad Age Next conference, on stage with E.J. Schultz. One lesson: The tools marketers use to research their messages are "woefully inadequate." "We live in a world now where one person with 50,000 Twitter following can have a significant impact on your brand." Jakeman's comments are incisive and worth watching, because it could happen to you, too. Watch it here.
Also: Watch other excerpts from the Ad Age Next conference this week on www.adage.com, including one from Walmart', which is having big e-commerce success. Also, learn why a robot may take your job.

Going shopping
Both Comcast Corp. and Verizon Communications Inc. have reportedly expressed interest in buying a big part of 21st Century Fox Inc., now that the Walt Disney Co. no longer seems so interested, Bloomberg News reports. In other words, even huge players want to get huger. As Bloomberg writes: "Viewers are abandoning traditional pay TV in droves, putting pressure on Big Media to get even bigger to survive." Everybody's looking at Netflix and Amazon and how they're luring cord-cutters, and the giants are getting nervous. Remember when Netflix was best known for sending you DVDs through snail mail?

Brand USA
"Donald Trump has hurt the U.S. global brand image significantly, dropping it in a year from No. 1 to No. 6 in the overall ranking of 50 countries, according to the just-released Anholt-GfK Nation Brands Index," Ad Age's Jack Neff writes. In case you wonder who was polled, it's a global survey of 20,000 people from 20 countries. What's the country with the best global image, now that the U.S. has been dethroned? Germany.

Aren't they special: "Facebook is trying to win over the influencer crowd with an app built just for them," Ad Age's Garett Sloane reports.

Evil unicorns: Bloomberg looks at how Google is trying to fight "unverified posts on obscure topics, full of lies." There's apparently a term for that: evil unicorns.

Tesla: Elon Musk showed off his electric Tesla Semi, and he says it will go into production in 2019.

Karaoke: "The acquisition of Musical.ly is either ridiculously expensive or insanely cheap," writes Tom Lombardo, digital strategist and editor at Mistress Agency, in Ad Age.

Hmmm: "Alibaba was selling counterfeit Brooklyn Nets gear even as its co-founder was buying a stake in the team," writes Recode.

$10 million: Billionaire Tom Steyer is spending an another $10 million on a new anti-Donald Trump ad, CNN says. He spent the same sum on an earlier ad urging Trump's impeachment.

All I want for Christmas: A boy makes a drawing of what he wants for Christmas in this spot for Swiss retailer Manor, but Santa can't figure out what it is. The ad, by AgainstAllOdds and BETC Paris, is charming, though we never find out what the doodle is. Watch it here, and read more by Ad Age's Alexandra Jardine.