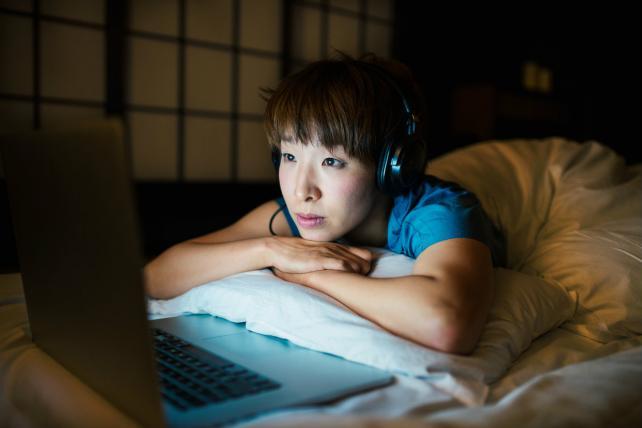 What people are talking about today
If you've got a few million dollars laying around, it's not too late to buy airtime for a Super Bowl ad. CBS says it already sold about 90 percent of the in-game inventory, as Anthony Crupi writes. But it's still got some slots left for the Feb. 3 game, mostly in the fourth quarter. So how much will this cost you, exactly? Buyers say "CBS is taking in between $5.1 million and $5.3 million per 30 seconds of commercial time in Super Bowl LIII," Crupi writes.
In other Super Bowl news: Devour, a Kraft Heinz brand of frozen meals aimed at hungry guys, is buying a spot in the Super Bowl, Ad Age's Jessica Wohl writes. You may recall eyebrow-raising 2016 commercials for the brand that bore the tagline "Food You Want to Fork."
Also: Keep this link handy for the next three weeks; it's Ad Age's chart of all the brands in the 2019 Super Bowl so far. And here's where to subscribe to our Super Bowl newsletter.

Free movies (with ads)
Amazon owns IMDb, the site where you go to look up movie and TV show credits. And IMDb just launched a new streaming service, "which allows viewers to watch free movies and TV shows supported by commercials, opening a new wealth of ad inventory to sell to brands," Ad Age's Garett Sloane writes. That's in contrast to Amazon Prime videos, which come via subscription and are mostly ad-free. The new streaming service is called IMDb Freedive, and it's part of Amazon's move to pull in more ad revenue. The initial lineup is actually pretty good -- you can watch episodes of "The Bachelor" there, and oldies-but-goodies like "Memento" and "Little Women." There are family films too, so you can teach your Netflix-addicted kids what a commercial is.
In other Amazon news: At Amazon-owned home security camera brand Ring, employees had access to customers' camera feeds, fueling privacy concerns, The Intercept reports.

Factoid of the day
The logo of Costco's house brand, Kirkland Signature, is stamped on products from coffee to garbage bags to diapers. The brand isn't sexy, but it's huge. CNN Business reports:

"Last year, it raked in nearly $40 billion, an 11% increase from 2017. That's more than JCPenney and Macy's combined. Kirkland's sales also beat out Campbell Soup, Kellogg, and Hershey put together."

In case you're wondering where the brand name comes from, it comes from Kirkland, Washington, where Costco used to have its headquarters.

Just briefly:
A 'misleading' stunt: Ahead of CES, "AT&T updated its phones to replace the LTE symbol commonly found atop of its consumer's mobile screens with '5Ge,' suggesting its phones were 5G ready," but they're not, Ad Age's George P. Slefo writes. An eMarketer analyst calls the move "misleading, and a marketing ploy to get out in front of the competition."

Where the eyeballs are: Instagram is now the "go-to choice for launching new brand campaigns looking to reach ages thirteen to thirty-four, according to 61 percent of survey respondents to a Cowen study representing about $14 billion in ad spend," Bloomberg News reports.

Comeback: Massage Envy had a massive crisis a year ago, with about 200 accusations of sexual assault of customers at its facilities. Since then, the chain "implemented new safety measures to reassure consumers, and it is now ready to push a brand awareness campaign," Ad Age's Adrianne Pasquarelli writes. The campaign is from Minneapolis-based Fallon.

Meanwhile at the Golden Arches: "McDonald's is conducting a review for the local U.S. media business," Jessica Wohl reports in Ad Age. "Following the review, McDonald's will allow local co-ops to choose from a variety of media agencies to work with."

Brand mystery of the day: Go to Ikea.com, and the home page shows a living room with a bookshelf. On the bookshelf is a decapitated baby doll and a few creepy doll heads. (H/t to Ad Age's Tam Nguyen, who spotted them.) Ikea, this doesn't seem like you. Are you OK?

Ad of the day: It's delightful to see a hospitality ad that's so daringly weird. A new sci-fi-ish spot for UK travel company Thomas Cook shows a guy waking up somewhere new every day -- in a farmyard, a hammock in the jungle, a prison bed. And then one lucky day, he winds up at a Thomas Cook resort. It's "a kind of antithesis to 'Groundhog Day,'" Ad Age's Alexandra Jardine writes. "The ups and downs throughout make for nice tension--a lesser version of the idea could have had him wake up each morning at a different hotel having fun." Check it out here. And happy Friday.