Thursday Wake-Up Call: A brouhaha about the Oscars. Plus, will Tronc sell its newspapers? | Ad Age
Skip to main content

Thursday Wake-Up Call: A brouhaha about the Oscars. Plus, will Tronc sell its newspapers? 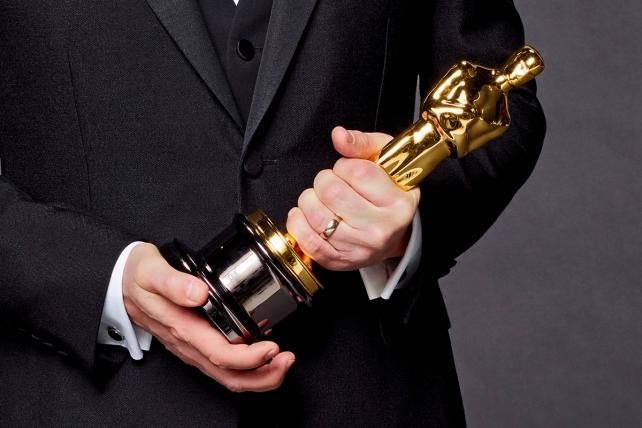 Welcome to Ad Age's Wake-Up Call, our daily roundup of advertising, marketing, media and digital news. You can get an audio version of this briefing on your Alexa device. Search for "Ad Age" under "Skills" in the Alexa app. What people are talking about today: The Chicago Tribune has a scoop about the Chicago Tribune (and about its sister publications, including the New York Daily News.) "Tronc is weighing an offer to sell the Chicago Tribune and the rest of its newspaper holdings to a private equity firm," the newspaper reports. The publishing company just sold the Los Angeles Times to biotech billionaire Patrick Soon-Shiong. What's left at Tronc? Papers including the Baltimore Sun, Orlando Sentinel and the New York Daily News, which recently had massive layoffs. The possible deal could be worth upwards of $700 million, the Tribune says. The report sent Tronc's stock soaring, as Bloomberg News writes. To be continued.

Not so popular
TV ratings for the Academy Awards hit a record low this year, and now the Academy of Motion Picture Arts and Sciences has a plan to make the event a little sexier by adding a category for "popular" film. Twitter erupted in snark. Writer-director Adam McKay tweeted suggestions for other new categories: "Best movie where shit blowed up good. Hottest female alien. Best back flip to avoid a thrown knife. Best knife throw. Best 'you thought he was dead but now he's back and REALLY kicking ass.'" There were serious questions too, like, what does this mean for mega-hit "Black Panther"? Is it being shunted into a consolation prize category? Variety says ABC, which airs the awards show, had pushed for the change. And by the way, ABC is owned by Disney, which happens to make "popular" movies, including ones by Lucasfilm, Pixar and Marvel. What are we to make of that? Ad Age touched briefly on the Oscars brouhaha in the Marketer's Brief news roundup, which also includes an item about a Kickstarter campaign to make an action figure of Supreme Court Justice Ruth Bader Ginsburg (really).

Alex Jones again
Conspiracy theorist Alex Jones has been kicked off a lot of tech platforms this week, including Facebook, YouTube and Apple's iTunes. One place you can still find him is on Google+, the social network that never really became a thing. Ad Age's George Slefo writes that "if Alex Jones is screaming on Google+, will anyone hear him?" He's been posting to 20,000 followers there, Slefo reports. One post Monday got seven comments.
Jones, known for calling the Sandy Hook school shooting a hoax, has also been allowed to remain on Twitter, a decision that CEO Jack Dorsey explained at great length on his own platform, and on conservative commentator Sean Hannity's radio show. We'll sum things up for you: Dorsey says Jones hasn't violated Twitter's rules. He adds: "We haven't done a great job at communicating our principles, the guidelines that help us make the decisions in the first place." (Are things clearer since Dorsey's been talking? Not really. Slate says the interview consisted of "softball questions followed by boilerplate answers.")
The choice of going on Hannity's show raised eyebrows; Dorsey says the interview had been scheduled for weeks, and he said there would be more interviews "across the spectrum." One interesting moment in the Hannity interview: As BuzzFeed's Charlie Warzel tweeted, "Hannity made @jack sit there in silence as he read an ad for a home security system."

Do you believe in magic?
Magic Leap is the most-hyped name in augmented reality. It has raised more than $2.3 billion in funding over eight years, without ever having shipped a product. Now it's finally selling a headset called the Magic Leap One Creator Edition, at a pricetag of $2,295. The Verge tested it and reports:

"It's not the kind of revolutionary (or downright magical) advance that Magic Leap has teased for years. It's a better version of a thing I've tried before, and that thing is still very much a work in progress."

So for $2.3 billion, that's it? Also, Wired has a good story about the company, including its shifts in marketing strategy. The current CMO, Brenda Freeman, told Wired she "arrived at a company that 'was more focused on the marketing message' than paying attention to what the company was building … 'It was empty carbohydrates.'"
Incidentally, when Wired tried the $2,295 headset, it didn't, at first, work right.

'Family fire'
The Ad Council and the Brady Center to Prevent Gun Violence are trying to coin a new expression: "family fire." That's a reference to shootings in the home with weapons that aren't stored properly. Many victims are children. Ad Age's Ann-Christine Diaz writes:

"The idea for 'family fire' takes inspiration from now familiar terms that have helped to address other epidemics in our country: secondhand smoke, designated driver, friendly fire."

Droga5 New York was behind the campaign, which is also being supported by the Gun Safety Alliance. It includes a deeply unsettling PSA about a father and son as well as a website with tips about safe gun storage. Of note: The campaign includes people on all sides of the gun debate, including gun owners, Diaz writes. It doesn't shame people who own guns, but encourages them to keep their weapons secured and safe from kids. "This is about engaging gun owners and making them part of the solution, not the problem," says Ky Hunter, VP of programs at the Brady Center.

Just briefly:
Dentsu: Here's some good news from an ad giant, at a time when many are posting weak results. Japan's Dentsu Group, owner of Carat, Dentsu, iProspect, Isobar and 360i, reported organic growth of 5.9 percent in the second quarter of 2018.

Wins: Mars "has consolidated its global media buying and planning across most of its portfolio with GroupM's MediaCom," Megan Graham reports in Ad Age. And also, "MDC Partners-owned Mono of Minneapolis has won creative duties for Leinenkugel's," E.J. Schultz writes.

Second thoughts: Rite Aid and Albertsons are calling off their planned merger. It's "a blow to both the pharmacy and the grocer, which are both facing mightier competitors in their respective industries, but were unable to structure a deal that sufficiently appealed to investors," CNBC says.

Never mind: Airbnb bas been promoting a contest to win a sleepover at the Great Wall of China, but after some Chinese commenters criticized the event on social media, Airbnb called things off. Read it in Ad Age.

Rewind: With questions over whether the Environmental Protection Agency will let asbestos make a comeback, Ad Age's Simon Dumenco takes a look at retro marketing for asbestos, which, yes, is a carcinogen. But in the '50s and '60s it was all the rage. ("Look at those mod young couples dancing up a storm on their embossed vinyl-asbestos flooring!")

Quote of the day: "What I'm finding is that the biggest advantage I have in this role is that I do not have an agency background," says the new CEO of Arnold Worldwide, Kiran Smith. She talked to Ad Age Editor Brian Braiker for his podcast; listen here.

Creativity pick of the day: "Hi, I'm famous, and this is a commercial," Ice-T says in a new ad for protein bar marketer RXBar. And that's basically it. Check it out here, and read more by Ad Age's Jessica Wohl.