Vitaminwater wants to give you $100,000 to ditch your smartphone: Thursday Wake-Up Call | Ad Age
Skip to main content

Vitaminwater wants to give you $100,000 to ditch your smartphone: Thursday Wake-Up Call

Plus, a BBC ad annoys working women in the U.K. 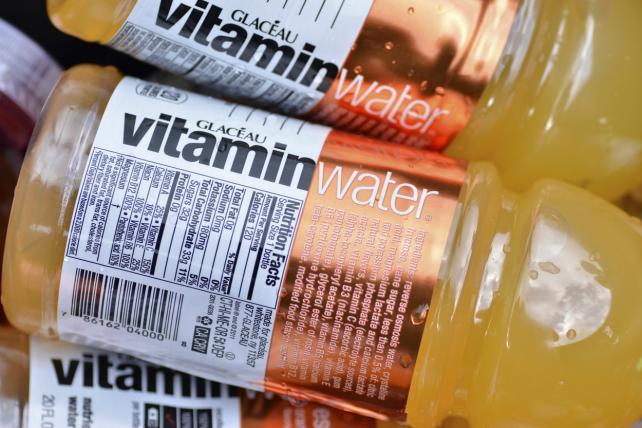 What people are talking about today
Coca-Cola Co.'s Vitaminwater is hosting a contest where you can win $100,000 if you give up your smartphone for a year. (Let's get this out of the way: If you're thinking you can cheat and peek at Snapchat sometimes, know that a lie detector test is involved, and if you fail, you get nothing.) Anyway, the contest is prompting people to fantasize about a life of smartphone abstinence. People have to post a photo on Instagram or Twitter with the hashtags #nophoneforayear and #contest to explain why they need a break from their smartphone (the winner will get a low-tech Nokia 3310 to use instead) and what they'd do with their newfound time. The responses should be put into a time capsule for future generations, because they sum up our sad state of phone addiction in 2018. One woman wrote on Instagram that she wanted to spend more time with her kids, adding, "I need to stop social media stalking my ex bfs & reading through 1,000+ comments of drama in the mom group on Facebook for pure entertainment." Another person tweeted an X-ray of her neck, saying she spent so much time on her phone that her spine had actually curved.
Two questions here: Is it ironic that a contest helping people break their phone/scrolling habit is taking place on social media? Yes.
And also, what does all this have to do with a beverage brand? We're not really sure.

Meanwhile in the U.K.
An ad from the BBC was supposed to fill people with the holiday spirit and make them teary-eyed; instead it made a lot of viewers fume. As Alexandra Jardine writes in Ad Age, "working mothers in the U.K. have taken offense at a BBC Christmas trailer depicting a busy mother's relationship with her teenage son." The mother is depicted as frazzled, overworked and unable to pay attention to her son until time magically stops and they spend a winter afternoon together. Some mothers said the ad feels like a guilt trip. And as Jardine writes, commenters have "pointed out that the father in ad, who appears to be sitting there eating breakfast while the mother gets everyone ready, is absolved of any responsibility in neglecting the teenager."

Back in the game
Facebook is trying out search advertising again. As Ad Age's George P. Slefo writes,

"Users will now see ads when making retail-related searches in areas such as automotive and e-commerce. While it's only available in the U.S. and Canada, it may expand the offering to other countries in the near future. A person familiar with the matter says Facebook began testing the feature last month, adding that advertisers seeking to test the offering can do so through Ads Manager. They also won't be charged for doing so, either, the person says."

To recap: Yes, the ads are free for now. Facebook did search ads for a time starting in 2012 but discontinued them. If it works out this time, it could be a new revenue stream at a time when Facebook could use one. Facebook has warned that its ad growth could slow while it switches its emphasis from the News Feed to the newer, scrolling Stories format.

Just briefly:
A big deal: "The company that publishes the National Enquirer admitted that it paid $150,000 in hush money to silence alleged mistresses of then-presidential candidate Donald Trump prior to the 2016 election, prosecutors said Wednesday," NBC News reports. This is an extraordinary development, even for 2018.

Not good: "The cyberattack on the Marriott hotel chain that collected personal details of roughly 500 million guests was part of a Chinese intelligence-gathering effort," The New York Times reports, citing two people briefed on the investigation.

Lavish lattes: Starbucks' New York Reserve Roastery opens Friday. It's fancy: There are leather-encased door handles. And be forewarned: "A latte costs $6, add cardamom and it will set you back $8.50," Ad Age's Adrianne Pasquarelli writes.

Ad of the day: "JetBlue's holiday campaign this year involves a competition sending winners on free flights to see their loved ones on Christmas Eve -- while they're covered in gift-wrap," Alexandra Jardine writes in Ad Age. It's a simple premise, and the marketing is eye-catching and fun. Check out the campaign here.