Thursday Wake-Up Call: Walmart vs. Amazon. Plus, what Crock-Pot can teach you about crisis management | Ad Age
Skip to main content

Thursday Wake-Up Call: Walmart vs. Amazon. Plus, what Crock-Pot can teach you about crisis management 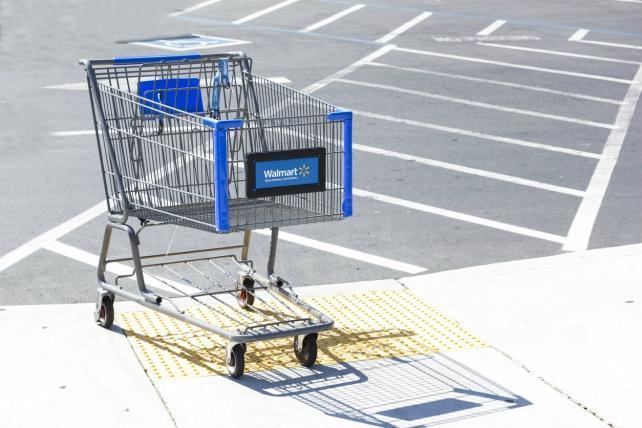 Welcome to Ad Age's Wake-Up Call, our daily roundup of advertising, marketing, media and digital news. What people are talking about today: A new study looks at gender parity in advertising from a new angle – by examining how many brand mascots are male. Just think about it: There's Mr. Clean and Mr. Peanut, the Michelin Man and the Pillsbury Doughboy. It's harder to think of the women (besides, say, the pigtailed lass of Wendy's and the Chiquita banana lady with the basket of fruit on her head.) According to the study by the The Geena Davis Institute on Gender in Media, "male mascots outnumber female mascots two-to-one." The report also looks at how mascots fuel racial stereotypes, too. As Ad Age staffers write in this week's Marketer's Brief, "the study was done in partnership with the The Jel Sert Company, whose Otter Pops brand recently added three new female otter mascots to achieve gender parity." As Jezebel writes, "Could it be that the calls for diversity in popsicles were finally being heard?"

Walmart vs. Amazon
Walmart, trying to battle Amazon on many fronts, just offered up $16 billion for a majority stake in India's e-commerce giant, Flipkart. Flipkart is the biggest e-commerce company in India, though Amazon is a strong player there too. Walmart surely sees the untapped potential in a country where only 5 to 10 percent of people have ever bought something online, a figure noted by The Economist. But investors were skeptical about Walmart's move, especially given the pricetag. India's e-commerce market hasn't fulfilled early expectations and "as a whole is worth a puny $15bn or so, compared with nearly $500bn in America and double that in China," as The Economist writes. Plus, Walmart seems constantly to be making incursions into Amazon territory, such as by buying Jet.com. Scott Mushkin, a retail analyst at Wolfe Research, told The New York Times that Walmart seems "to be somewhat Amazon obsessed."

Not guilty
"NBCU investigation finds NBC News … not guilty!" That's Simon Dumenco's headline in Ad Age summing up the findings of an internal investigation that cleared NBC News managers in the Matt Lauer scandal. The company's report says leadership didn't hear complaints about former "Today" host Lauer's behavior until five months ago, when he was fired. (Lauer's former co-host Ann Curry has said otherwise.) But the report does suggest there are things the company could have done to make employees more comfortable about reporting sensitive problems to human resources. Such as, HR should probably not be in a glass-walled office in the middle of all the news employees.

#CrockPotIsInnocent
If you missed NBC's "This Is Us," skip ahead to avoid spoilers. As those who watched the final episodes know, a faulty old slow cooker caused a fire that killed beloved dad-of-three Jack Pearson, played by Milo Ventimiglia. For Crock-Pot, the plotline at first seemed to spell disaster. As Ad Age's Jessica Wohl writes, "The company, an Edelman client, initially reacted by saying it should sue NBC, Mark Renshaw, global chair of the brand practice at Edelman, said at the Ad Age Survival Summit." But instead, Edelman figured out a way to respond in unusual ways and shift the conversation (like having Ventimiglia record a clever, funny message with the hashtag #CrockPotIsInnocent.) Crock-Pot sales actually went up. Read more by Wohl, and watch a video about the averted crisis here. Oh, and by the way, Ventimiglia claims to be a huge, huge personal fan of slow cookers. He's got two of them.

Just briefly:
'Unacceptable': MDC Partners, whose agencies include Anomaly, KBS and 72andSunny, reported revenue of $327 million in the first quarter, down from $344.7 million a year ago. "We need to do better," CEO Scott Kauffman says. Read more by Megan Graham in Ad Age.

IAB: The Interactive Advertising Bureau puts out its twice-yearly Internet Advertising Report today. Read what Ad Age's George Slefo expects here (and by the way, he invites you to grade his predictions.)

Brand brawls: Wendy's founder Dave Thomas battles the panda from Panda Express as part of a new YouTube series from Polygon in which brand mascots wrestle each other. Yes, it's totally out-there. Read the full story by Jessica Wohl in Ad Age. And check out the visuals – the show's rendition of Colonel Sanders is surprisingly buff, while Ronald McDonald looks … scarier than usual.

D'oh!: Town & Country magazine disinvited Monica Lewinsky from a charity event when former President Bill Clinton said he would attend, The Huffington Post writes. As Lewinsky tweeted about the snub (without naming Town & Country): "emily post would def not approve."

Listen: In the latest edition of the Ad Lib podcast, RPA's Tim Leake talks to Ad Age editor Brian Braiker about why ad agencies just aren't that great at selling themselves.

Creativity pick of the day: A Burger King in Massachusetts used its sign out front to ask its next-door neighbor, a Wendy's, to prom. Wendy's responded on Twitter: "OK, but don't get handsy and we have to be home by 10." Ha. Burger King and MullenLowe Boston dreamed up the prom invite, but which brand wins the most points here for cleverness? Read more by Ad Age's Ann-Christine Diaz here.