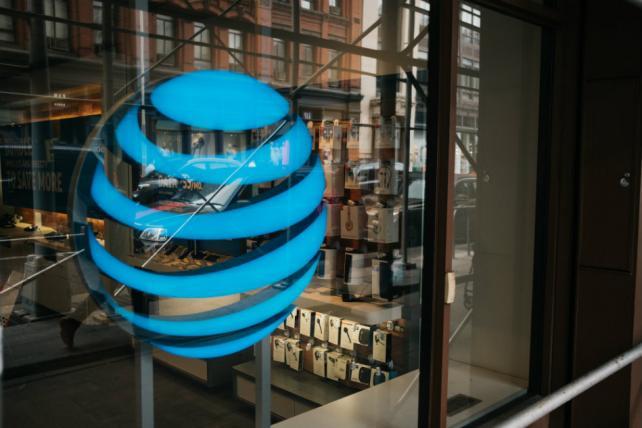 Welcome to Ad Age's Wake-Up Call, our daily roundup of advertising, marketing, media and digital news. You can get an audio version of this briefing on your Alexa device. Search for "Ad Age" under "Skills" in the Alexa app. What people are talking about today: AT&T quickly followed up its acquisition of Time Warner by making a deal to buy AppNexus, an ad tech platform. As George Slefo writes in Ad Age, "The move will undoubtedly shake up the current ad landscape as well as challenge the so-called duopoly of Google and Facebook" by giving advertisers an alternative major destination for their spending. AppNexus offers publishers software to automate ad sales in formats like display, audio and over-the-top video. The experts Slefo talked to say AppNexus will provide the newly expanded AT&T the ad-tech "plumbing" it needs to sell its expanding portfolio of inventory. But AT&T still has other hurdles, like how to tie together consumer data across mobile, TV and other devices as it capitalizes on Time Warner's content. Mike Baker, CEO at ad tech company DataXu, told Slefo: "While AppNexus would bring them all the ad tech plumbing they need, this kind of next-generation analytics would still be a missing piece."

'A real bike for real Americans'
Harley-Davidson, a Wisconsin-based brand heavily steeped in Americana, has been caught up in a trade dispute between the Trump administration and the European Union. And as a result, it's shifting some production abroad. (It wants to avoid EU tariffs that were levied to retaliate against tariffs imposed by the Trump administration. Follow that?) Ad Age's I-Hsien Sherwood writes, "It's a move that runs counter to the narrative of Harleys as a quintessentially patriotic mode of transportation—a real bike for real Americans." But its advertising probably won't change. And as Sherwood points out, some of the most "American" of brands aren't even U.S.-owned anymore: "Chrysler still goes hard into Americana despite its Italian ownership, and Budweiser sales get funneled up the chain to Anheuser-Busch InBev headquarters in Belgium."
By the way: President Trump is not happy about Harley's decision. He tweeted that he was "Surprised that Harley-Davidson, of all companies, would be the first to wave the White Flag ..."
And also by the way: President Trump's trade policies are angering China too, and President Xi Jinping told CEOs he would strike back, according to The Wall Street Journal. "In the West you have the notion that if somebody hits you on the left cheek, you turn the other cheek," Xi reportedly said. "In our culture we punch back."

Secret sauce
It's in lollipops and chocolates, in skin creams and makeup. There's new interest in cannabidiol or CBD, the extract derived from hemp plants that's known for easing pains without getting you high. As Ad Age's Adrianne Pasquarelli writes, there are about 300 brands now offering CBD products, compared to about 200 a year ago, according to data from cannabis and CBD research firm Brightfield Group. "The anxiety epidemic is so high ... there's huge interest in natural or organic pain relief," Faith Popcorn, futurist and founder of BrainReserve, tells Pasquarelli. CBD is also popping up in some places you wouldn't necessarily expect -- such as a mascara "infused with conditioning CBD cannabis oil."
A big hurdle cleared: The FDA just approved a new pharmaceutical product called Epidiolex -- a formulation of CBD -- for treating rare, severe types of epilepsy. The FDA says it's the "first FDA-approved drug that contains a purified drug substance derived from marijuana."

Dealmaking, part 2: TV station owner Gray Television has made a $3.6 billion deal to purchase Raycom Media. Variety says it creates "a station group with a wide footprint in the Midwest and South," and it marks more consolidation in the TV industry.

Ad blocking: Microsoft says it's working with Adblock Plus to bake ad blocking software into its Edge mobile browser, though the integration is still in testing. Read more in Ad Age by George Slefo.

'Culture' wars: Sales of yogurt have been in decline. "To fight back, brands have been deeply discounting prices and, to fund those discounts, cutting ad budgets," writes Jessica Wohl in Ad Age. As one analyst tells her, yogurt is having a hard time figuring out how to compete with the rise of high-protein snacks.

Trump vs. late night: At a rally in South Carolina, President Trump lashed out at late-night hosts, saying Jimmy Fallon "looks like a lost soul," Stephen Colbert is a "low-life" and Jimmy Kimmel is "terrible," Variety reports. He also asked the crowd, "Are these people funny?"

Suspended: David Bossie, the former deputy campaign manager for Donald Trump, has been suspended from his role as a contributor at Fox News, The Daily Beast reports. Bossie had told a black Democratic strategist, "You're out of your cotton-picking mind." (He later apologized.)

Moving on: David Carey will step down after nine years as president of Hearst Magazines to be a fellow at the Harvard Advanced Leadership Initiative, Ad Age's Megan Mowery reports. (Carey says a 75-plus-hour workweek is "not something one should do forever.")

Creativity pick of the day: For your viewing pleasure, here's a Canon ad featuring stunning feats of Parkour and pretty great scenery too. Canon, working with agency VCCP, asked Parkour group Storror to cross from Europe to Asia. And as Ad Age's Alexandra Jardine writes, they jump and tumble over "Istanbul's Galata Bridge and the domed rooftops near Süleymaniye, culminating with a leap onto the roof of a passenger ferry carrying them across the Bosphorus Strait." To top things off, Storror filmed the ad, too. Watch it here.