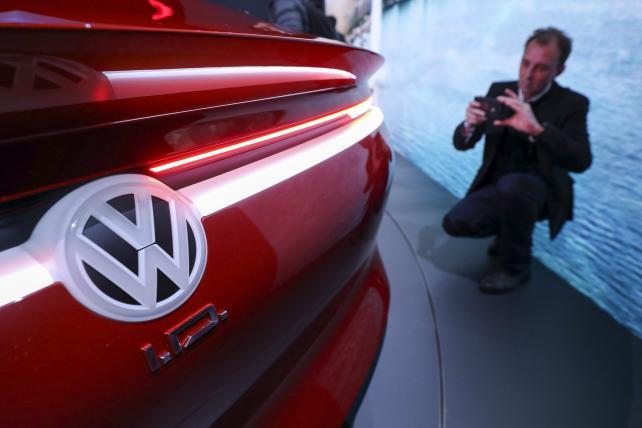 Welcome to Ad Age's Wake-Up Call, our daily roundup of advertising, marketing, media and digital news. What people are talking about today: Two major auto brands, Volkswagen and Ford, have begun reviews of their global creative agencies, meaning that "two coveted auto brands are up for grabs," as Ad Age's E.J. Schultz writes. Schultz talked to Jochen Sengpiehl, global chief marketing officer for Volkswagen's namesake brand, who hopes to cut the number of agencies the brand works with in the way that Procter & Gamble has done. "I think we are almost working with all the agencies around the planet," Sengpiehl joked. "We want to reduce complexity and we want more consistency." VW's major relationships include working with Interpublic's Deutsch in the U.S, while DDB handles big portions of the business in other markets. Ford, meanwhile, has long partnered with WPP's Global Team Blue; the review is another pain point for WPP after the sudden departure of CEO Martin Sorrell about a week ago.

'Nut rage' and 'water gate'
Two sisters from the family that runs Korean Air are being removed from their jobs at the conglomerate amid allegations of bad behavior, The New York Times reports. Cho Hyun-min, a Korean Air marketing executive, "was accused of insulting an advertising executive and hurling water in his face during a business meeting," The Times says. (Which agency? The Korea Times says it was an exec with local firm HS Ad.) The marketer's meltdown probably wouldn't have gotten so much attention if her older sister, Cho Hyun-ah, hadn't made headlines in 2014 for flying into a rage over the way a flight attendant served macadamia nuts; she ordered the plane to return to the gate to have the offending staff member deplane, which led to Cho spending a few months behind bars for breaking air safety rules. After that, though, the elder sister had quietly returned to a job in the family's conglomerate, The Times says, adding: "The family has become so vilified among South Koreans that people have petitioned to the office of President Moon Jae-in to ban Korean Air from using 'Korean' in its name." Ouch.

Faking it
Which brands use paid Instagram influencers with fake followers? Points North Group has a top 10 list, Ad Age's Jack Neff writes. No. 1 on the list is Ritz-Carlton, with 78 percent of fake followers for its influencers. (Yes, you read that right, 78 percent.) Two Procter & Gamble brands, Pampers and Olay, are also in the top 10 of Points North Group's study. As Neff writes, "Procter & Gamble Co. has been vigorously rooting out fraud and unverified data from its digital buys while also doing more influencer marketing, but those two things may be at cross purposes." Read the full story here; it includes lists of the top spenders on influencers and the most efficient spenders.

Facebook Watch
Campbell Brown, Facebook's head of news partnerships, "is negotiating with BuzzFeed, Vox, CNN, Fox News and others to partner on creating about a half-dozen Facebook-exclusive shows, which will launch in May and June," The New York Times notes in a profile of Brown. The exec also hopes to see a "daily Facebook newscast using partner content highlights," The Times says. Publishers are always debating where Facebook falls on the friend/foe scale; the profile sparked a tweetstorm from the founder of TheWrap, the entertainment and media news site, which is also worth reading. Sharon Waxman argues that "@facebook is duplicitous when comes to publishers, literally lying for years abt intention to share revenue."

Just briefly:
Not a spy: Aleksandr Kogan, the academic at the center of the Cambridge Analytica scandal over Facebook data privacy, tells BuzzFeed News that he's not a Russian spy. And he tells 60 Minutes that he's very sorry people for upsetting people.

Big brother: The Wall Street Journal offers a reminder that, despite the uproar about Facebook and data privacy, Google actually knows more about people: "Google gathers more personal data than Facebook does, by almost every measure—so why aren't we talking about it?"

WPP: Whatever the details about Martin Sorrell's departure as CEO of WPP, "his removal from his powerful perch has set off an intense debate about the future of the advertising business," The New York Times writes. Is Sorrell's departure just a "changing of the guard," or something bigger?

CMOs taking a stand: Kristin Lemkau, the top marketer at JPMorgan Chase, is also part of the Gun Safety Alliance. She talks to Ad Age's Adrianne Pasquarelli about taking on culturally hot issues: "Most people feel passionately about causes outside of work and this is one of mine," she says.

Bro culture: Human Rights Watch studied job ads in China and found many that specified "men only" or that advertised beautiful female colleagues as a perk of the job. Tech giants Alibaba Group, Tencent Holdings and Baidu were among the companies singled out in the report, Bloomberg News reports.

Creativity pick of the day: "Westworld" returned to HBO Sunday for its second season. To mark the occasion, check out I-Hsien Sherwood's story in Ad Age about the time HBO and agency Giant Spoon organized a "Westworld"-themed wedding, a real one, at SXSW. It was a last-minute addition to the "Westworld" ghost-town activation that became the toast of SXSW. The bridge and groom wore Western period costumes, and everybody drank Old-Fashioneds.