Wednesday Wake-Up Call: Marijuana is legal in Canada today. Plus, a YouTube outage 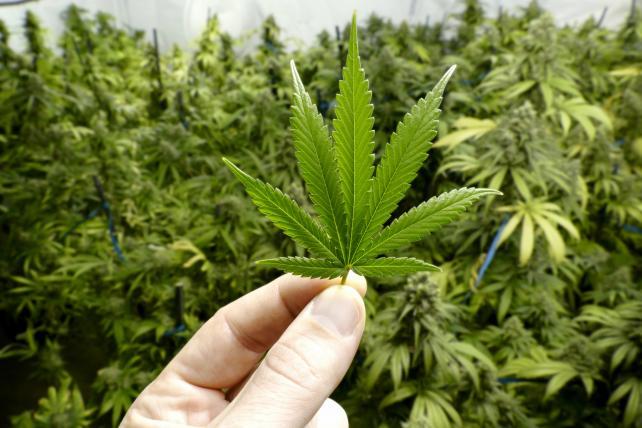 What people are talking about today: As of today, recreational marijuana sales are legal in Canada. Investors expect it to be big business; the owner of Corona beer, for example, has bet billions of dollars on Canopy Growth, a Canadian cannabis producer. For consumers, the situation is still a bit hazy. Regulations are different in different provinces. And cannabis makers won't be able to go crazy with marketing. As The New York Times reported a few months back:

"Advertising will be severely restricted — as will the ability of Canada's marijuana makers to turn themselves into household brand names. Packages must be uniform and plain, aside from vivid, yellow health warnings and tiny logos. Even baseball caps, T-shirts and all other logo-laden giveaways promoting marijuana brands will not be permitted."

Also: Here's a fun factoid, via The New York Times: A former Hershey chocolate plant in Ontario is now home to 47 rooms for growing weed.

#YouTubeDown
For over an hour last night, YouTube users around the world complained that the video-sharing platform was down. Some of them shared screen shots of the error message they saw -- a purple monkey with a hammer, and a notice reading, "Sorry, something went wrong. A team of highly trained monkeys has been dispatched to deal with this situation." After about an hour, YouTube announced on Twitter that service had been restored; it hasn't explained yet what the issue was.
Best tweet: The Philadelphia police tweeted, "Yes, our YouTube is down too. No, please don't call 911 – we can't fix it."

More impact from Nike's big ad
After four days on the job, the interim CEO of USA Gymnastics resigned. Mary Bono, a former congresswoman, had gotten flak for posting a tweet criticizing Nike's ad featuring Colin Kaepernick, the former NFL quarterback-turned-activist. As Ad Age's E.J Schultz and Adrianne Pasquarelli write, "the sport's biggest star, Simone Biles, was among those who slammed Bono for a tweet in September she posted showing her using a marker to black out the Nike logo on her golf shoes." (Biles tweeted: "don't worry, it's not like we needed a smarter usa gymnastics president or any sponsors or anything.") Bono deleted the tweet. And she said it had been an emotional reaction to the phrasing of the Nike ad, since she was playing golf at a tournament for military families that had lost loved ones. She objected to Nike's honoring Kaepernick for "believing in something even if it means sacrificing everything" -- an apparent reference to his loss of pro football opportunities amid his activism. Bono retorted that service members who die "literally 'sacrificed everything.'" Read the full story here.

Facebook, Facebook, Facebook
The company, and its advertising, is in the news today (as usual.) Here are three things to know:
1. Remember back in 2016, when Facebook revealed that it had been calculating viewership of video ads inaccurately? Now, as part of an ongoing lawsuit in California, small advertisers have filed a complaint alleging that Facebook knew about the problem for a year before admitting to it. As Ad Age's Garett Sloane reports, Facebook disputes the allegations. It says the lawsuit has no merit and adds, "We've filed a motion to dismiss these claims of fraud."
2. Last week, Facebook told Recode that data collected through Facebook's new video chat tablet, Portal, wouldn't be used to target people with ads. But Recode writes that "Facebook has since reached out to change its answer: Portal doesn't have ads, but data about who you call and data about which apps you use on Portal can be used to target you with ads on other Facebook-owned properties."
3. Facebook has another hardware project code-named "Ripley," and it's set for release next year, Cheddar reports. "The world's largest social network is building a camera-equipped device that sits atop a TV and allows video calling along with entertainment services," including YouTube, Cheddar says. Maybe we're missing something, but why would you need a new gadget from Facebook to watch YouTube videos?

Just briefly:
Spoiler alert: "The Conners," the "Roseanne" spinoff minus Roseanne Barr, debuted on ABC last night. Don't click on this link if you don't want to know how her character died.

Netflix can chill: After a quarter that disappointed investors, Netflix reported better-than-expected user growth of 6.96 million in the third quarter. "The company also gave an upbeat forecast for the fourth quarter, sending the shares soaring in extended trading," Bloomberg News writes.

Onward and upward: Omnicom Group reported organic revenue growth of 2.9 percent in the third quarter, Megan Graham writes in Ad Age. And CEO John Wren says he's optimistic after a slew of wins, including the Ford creative win for its shop BBDO.

Papa John's: Papa John's named Havas Media as its new integrated media agency of record. As Ad Age's Megan Graham and Jessica Wohl write, "Papa John's previous media agency Initiative resigned the client in mid-July as the brand was embroiled in controversy." There were so many controversies, in fact, that we made a timeline of them.

Ad of the day: Houston-based director Richard Linklater ("Slacker," "Boyhood," etc.) filmed a new ad mocking Ted Cruz, the U.S. Republican senator from Texas. As Ad Age's Simon Dumenco writes, the spot zooms in on a bizarre campaign moment in which Cruz likened his opponent in the midterms race, Democrat Beto O'Rourke, to "a Triple Meat Whataburger liberal who is out of touch with Texas values." Um, what? Watch the spot here.

Entries for Ad Age's Agency A-List & Creativity Awards are now open. Read all about it here.