Monday Wake-Up Call: The abrupt end of the Martin Sorrell era. Plus, Starbucks does damage control 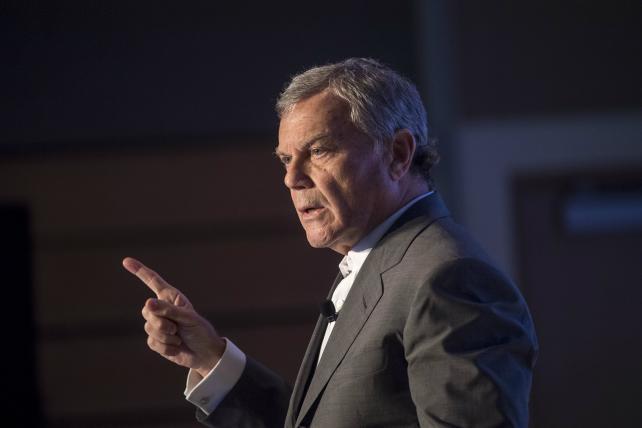 Welcome to Ad Age's Wake-Up Call, our daily roundup of advertising, marketing, media and digital news. What people are talking about today: Martin Sorrell, CEO of WPP, has resigned from the company he built into the world's biggest ad firm, with revenue of $19.7 billion last year and 134,413 employees globally. He stepped down after WPP said it was looking into an unspecified allegation of personal misconduct against him. "And with WPP announcing Sorrell's exit on a Saturday night upon completing a probe into alleged misconduct, it's clear he is not going out on his own terms," write Megan Graham and E.J. Schultz in a look at his legacy. WPP hasn't given any hint of what the probe was about, aside from saying the allegation against him "did not involve amounts that are material." Sorrell will be treated as having retired, with the financial benefits that go along with that. Meanwhile, WPP isn't expecting any revenue growth this year amid pressures on the industry, including spending cutbacks by consumer goods giants and competition from consultancies.
WPP shares dipped around 4 percent in the first few minutes of trading Monday in London as the market reacted to the news.

More from Ad Age on Sorrell's exit
A brief history of WPP: How did WPP become WPP? Sorrell bought a shopping cart manufacturer, then transformed it into a marketing powerhouse starting with the hostile takeover of J. Walter Thompson in 1987. Judann Pollack and Bradley Johnson sum up the company history (and, delving into the Ad Age archives, they explain what happened after adman David Ogilvy famously described Sorrell as "an odious little shit.")
A timeline: There were just 11 days between the first word of the investigation into Sorrell and his departure; here's what happened.
The Twittersphere reacts: "One thing is clear: Sir Martin had plenty of admirers, but also no shortage of haters," writes E.J. Schultz in his look at how Twitter greeted Sorrell's exit. (Be forewarned, though: You might have the Steve Miller Band's "Take the Money and Run" stuck in your head after reading the snarky comments.)
What's next? "Sorrell's overreliance on agency cost reductions to generate profits led to clients' loss of confidence in the agencies," writes Michael Farmer, chairman and CEO of Farmer & Co., in Ad Age. Farmer looks at WPP's options going forward; he thinks one possibility is that its leadership "may break up the portfolio, selling off the various pieces in the belief that the parts are worth more than the whole."
'My baby': In his farewell note, Sorrell wrote that "WPP will always be my baby." Read the full note here.
Who's in charge now? WPP Chairman Roberto Quarta will take over as executive chairman until a new CEO is appointed. The board is considering internal and external candidates (though presumably none will match the whopping pay packages Sorrell was known for.)

Damage control
Two black men were reportedly arrested at a Starbucks in Philadelphia on suspicion of "trespassing" because they were hanging out at a table and waiting for another person to arrive before buying coffee. A barista had called police. A bystander videotaped the incident, with the men being led out in handcuffs, and it went viral online, where some people tweeted "#BoycottStarbucks." The bystander wrote on Twitter: "All the other white ppl are wondering why it's never happened to us when we do the same thing."
The men were released after Starbucks declined to press charges, The Philadelphia Inquirer reports. Dozens of protesters entered the store on Sunday, and another protest is planned for Monday, the newspaper adds. Meanwhile, Starbucks has been struggling to do damage control. First it released a brief, bland three-sentence apology that got flak on social media. Later Starbucks CEO Kevin Johnson offered his "deepest apology" and called the incident a "very poor reflection on the company." He also got on a plane to Philadelphia, where he hoped to apologize to the men in person, The Inquirer says.
This is an embarrassment for a company that built its brand on progressive messages; in March it pledged pay equality for women and minorities. And Starbucks has promoted racial understanding: Remember its controversial and short-lived "#RaceTogether" campaign from 2015, when the company tried to get people to talk about race relations by writing messages on coffee cups?

Just briefly:
Questlove: Ad Age's music issue is out this week, and editor Brian Braiker interviewed the Roots drummer Questlove, "who has made a career about knowing what's cool as shit." Surprise detail partway through the story: Questlove spent time binge-watching "Friends" last summer during a Hawaii vacation.

The future of voice: In another piece from Ad Age's music issue, George Slefo examines the future of audio ad tech coming to Pandora and Spotify. "Voice is very disruptive and here's why: You'll eventually be able to interact with the ads coming through the audio," the CEO and founder of audio ad tech company Jelli tells Slefo.

On second thought: China's Twitter-like microblogging service, Sina Weibo, banned gay content but reversed the move after an outcry from users, The Guardian reports. Initially, the platform had cast the decision as part of an effort to "create a sunny and harmonious community environment" and comply with Chinese law, The Guardian says.

Creativity pick of the day: Environmental group Sea Shepherd and FF New York teamed up for an unusual, haunting video raising awareness about plastics polluting oceans. Ad Age's Alexandra Jardine writes that it "starts out as a mesmerizing, almost trippy colorful piece set to a dreamy music track, the kind of thing you might relax to in yoga -- before gradually you realize that what you're watching is animals such as a dolphin, turtle and shark trapped in plastic." Watch it here.