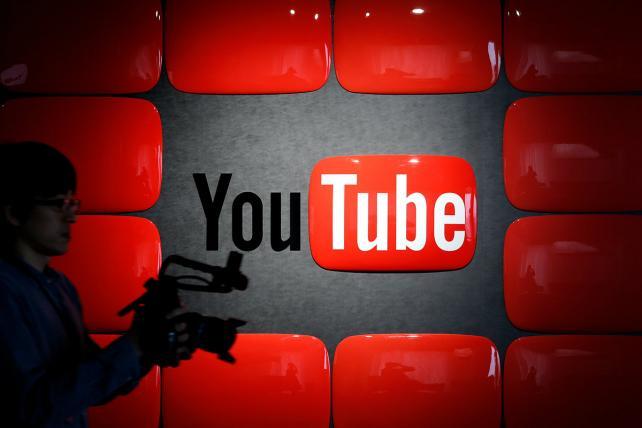 Welcome to Ad Age's Wake-Up Call, our daily roundup of advertising, marketing, media and digital news. Happy 420 Day. What people are talking about today: Congratulations to the winners of the Ad Age A-List and Creativity Awards. The sold-out gala was last night at Cipriani 25 in New York (if you missed it, have a look at Ad Age's Instagram Stories). The Creativity Awards were judged by industry leaders, and Campaign of the Year went to Wieden & Kennedy Portland and KFC's entertaining Colonel Sanders work. "Efforts included featuring the Colonel as a Fabio-like hero of a steamy romance novella for Mother's Day, and making him a playable character in a WWE video game," as Ad Age notes in the write-up. The full list is here. (The A-List winners were announced a while back; you can check that out here.)

Oops! … They did it again
Yes, YouTube is caught up in yet another brand safety scandal. CNN Money reports that it found ads from over 300 companies and organizations "on YouTube channels promoting white nationalists, Nazis, pedophilia, conspiracy theories and North Korean propaganda." The ads came from companies including Adidas, Amazon, Cisco, Facebook, Hershey, Hilton, LinkedIn, Mozilla, Netflix, Nordstrom and Under Armour. Under Armour told CNN that it would pause its spend on the Google-owned video platform, while some other brands said they are investigating how this happened. CNN quoted a YouTube statement that says, in part, that the company is "committed to working with our advertisers and getting this right." But how much of a commitment is there? Similar problems have been popping up for over a year, since the discovery that ads were running on YouTube content promoting terrorism and hate. And despite it all, as one analyst tells CNN, none of this has hurt YouTube's bottom line.

Change of scenery
"Fearless Girl" is moving to a new home. The statue will leave her spot on Broadway and stand instead outside the New York Stock Exchange. As ABC says:

"The city thought the statue, currently the Bowling Green median, needed a safer home because visitors often spill out onto crowded Broadway. It is also considering whether to move the Charging Bull as well because of pedestrian safety concerns."

State Street Global Advisors worked with agency McCann New York and sculptor Kristen Visbal on the project, which was conceived to encourage companies to put more women on their corporate boards. It became a hit with the public and a symbol of female empowerment, despite controversy surrounding the marketer. The work got some mentions in the Creativity Awards (see above.)

'I haven't said a word'
The former CEOs of Publicis Group and WPP were famous for trading nasty insults (Quick pop quiz: Who called whom "the Freddy Krueger of advertising," WPP's Martin Sorrell or Publicis' Maurice Levy? Who compared whom to a scorpion? Answers here and here.) With the ad world still trying to process Sorrell's surprise departure from WPP amid a personal misconduct investigation, the new Publicis boss isn't going to continue the tradition. As Ad Age's Megan Graham writes, Arthur Sadoun says he once told Sorrell that

"You will never hear a bad word [about WPP] from me, whether publicly or privately. The truth is, since that day I haven't said a word."

In other Publicis news, the company's organic growth of 1.6 percent for the first quarter of 2018 was "good news at a time of extreme tribulation for advertising holding companies," as Graham writes.

Just briefly:
America Ferrera: Actress America Ferrera, who has a partnership with The North Face on a campaign highlighting female athletes, talks to Ad Age's Adrianne Pasquarelli about topics including #MeToo: "Our culture is at fault for a lot of messaging that makes both men and women perceive women's bodies to be objects and, in a way, decoration for life..."

'Where's your sponsors?': A guest on Fox News host Laura Ingraham's show mocked her for losing advertisers after Parkland student David Hogg asked brands to boycott her. "Where's your sponsors?" immigration activist Enrique Morones said. "David Hogg got rid of half of them. High-school kids shut you down." Read more in The Hill.

Fourth time's the charm?: Mattel is getting a new CEO, Ynon Kreiz of Maker Studios, a creator of content for YouTube. The Wall Street Journal notes that it will be company's fourth CEO in four years.

Up in smoke: Shares in New York-listed tobacco company Philip Morris dropped 16 percent in a day after the company announced weak numbers of shipments and sales of its cigarette alternative, a product called IQOS, The Wall Street Journal reports.

Video of the day: This is not actually an Ikea ad, but it's mighty good publicity. Scientists in Singapore have created a robot that can assemble a flat-packed pine Ikea chair in 20 minutes, and there's an entrancing video. The headline in MIT Technology Review is: "Robots are about as good as you at assembling Ikea furniture." Actually, no, they're better.