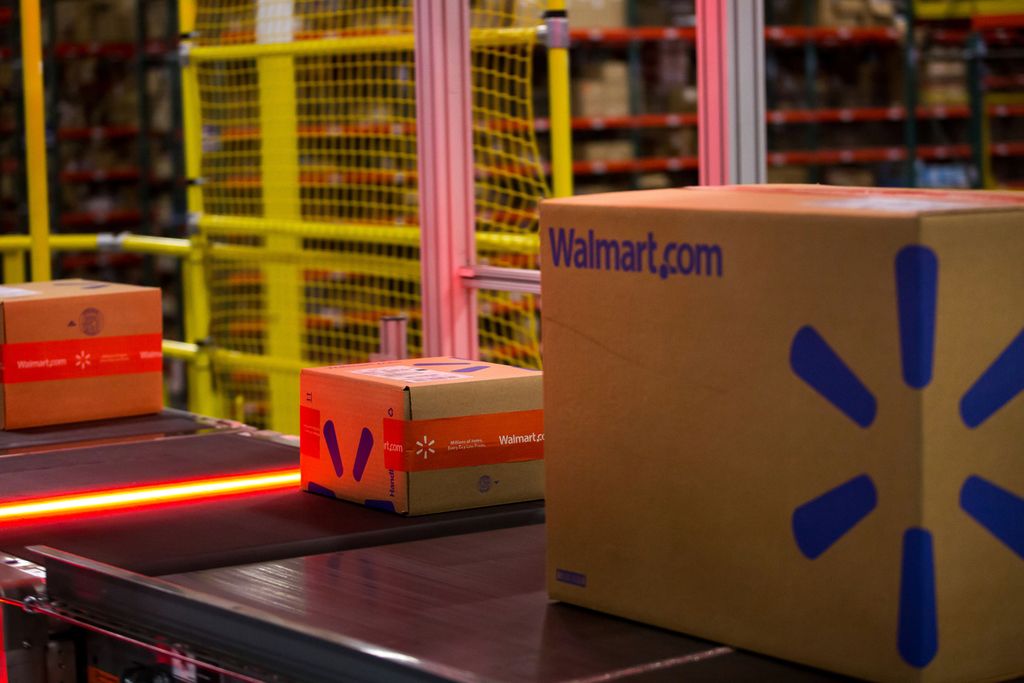 Walmart Inc. will introduce a subscription service this month to compete with Amazon.com Inc.’s Prime program, according to a person familiar with the plans.

Walmart+, as the service is known, will cost $98 a year and include perks including same-day delivery of groceries and general merchandise, Recode reported earlier, citing unidentified people.

The retailer’s shares rose the most intraday in more than three months, reflecting investors’ expectations that the service could bring Walmart’s online business more on par with that of Amazon, which has become the default online shopping option for millions thanks to its own subscription program. During the pandemic, Walmart attracted many new customers who hadn’t shopped there before, and the benefits of a Walmart+ membership could convince some to stick around.

Walmart’s Chief Customer Officer Janey Whiteside is spearheading the development of the service, which expands on an existing grocery-delivery subscription that Walmart introduced last year. Grocery is the one category online where Walmart maintains a firm leg up on Amazon, but profit margins on food are lower than those for more discretionary items like apparel and home decor. So Walmart’s aim is to get its grocery shoppers to add non-food items to their basket -- items that they’re probably currently buying on Amazon.

The fees from a monthly subscription service could help boost the profitability of Walmart’s U.S. e-commerce business, which generated $21.5 billion in sales last year but remains in the red. It would also deliver valuable data on customers’ shopping behavior and buying patterns, according to Spencer Millerberg, an e-commerce expert who previously worked at both Walmart and Amazon.

Executives at Walmart told Millerberg the company had considered offering discounts on general merchandise as part of the program, similar to the rebates that its own employees get, but that idea was nixed for being too costly to implement, he said. The company declined to comment.

Walmart has tried to mimic Prime before, testing a program called ShippingPass that it shuttered in 2017 upon the arrival of Marc Lore, who now runs Walmart’s U.S. e-commerce business.