Plus, employers are asking workers to stay quiet about coronavirus infections
READ THIS NEXT
Quibi calls it quits, and a final presidential debate looms: Thursday Wake-Up Call 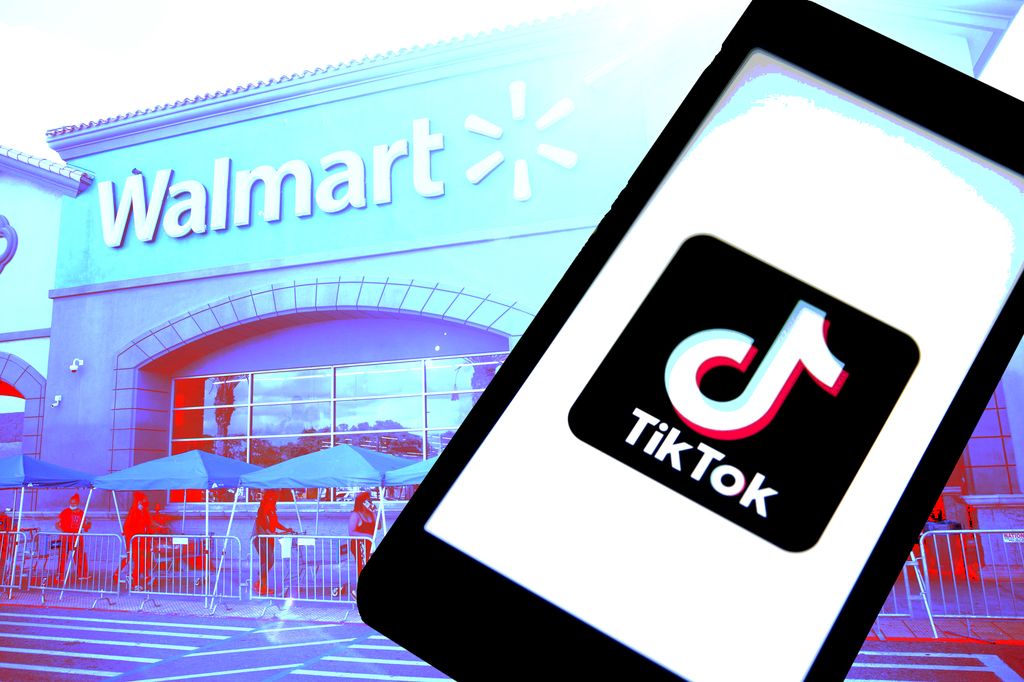 At first, it sounded like a silly rumor—that retail behemoth Walmart, of all companies, might buy up a chunk of TikTok’s U.S. business. But now it looks like a distinct possibility, and it’s not as far-fetched as it might sound.

“Walmart’s involvement would likely scare away other retail advertisers on TikTok. But that’s a big part of the point. Walmart would get potentially exclusive access to the fastest-growing social network and its predominance among Gen Z consumers,” writes Ad Age’s Jack Neff. “The same first-party data the Trump administration fears getting into the hands of the Chinese government suddenly could become a huge asset for the world’s biggest (and U.S.-based) retailer instead.”

Walmart’s media and e-commerce businesses would also get a boost. Traffic from TikTok that now sends referrals to all retailers could instead send would-be purchasers only to Walmart, helping it to better compete with rivals like Amazon and Target, who have been buoyed by online sales and binge streaming during the pandemic.

Support from Walmart (and likely Microsoft) would also help TikTok take on Facebook and Instagram by putting its strong organic engagement and conversion rate to use across more services—assuming the deal comes with access to the algorithm at all.

This is, of course, due to the coronavirus pandemic, as people stay home and businesses shut down to prevent the spread of the infection. But as some businesses begin to reopen, workers are being told not to let coworkers know if they test positive or have coronavirus symptoms, according to Bloomberg Businessweek. Workers at companies including Amazon, McDonald’s, Cargill, Target, REI and Delta say management asked them not to notify others, in order to limit that information to workers who were directly exposed to someone with a positive test result.

School teachers are being met with similar directives. Earlier this month, a student in Georgia was suspended when she posted a picture of crowded hallways on social media. Nine students and teachers later tested positive for the coronavirus.

But the federal regulators responsible for holding companies accountable, OSHA and the National Labor Relations Board, are levying few penalties, despite receiving thousands of complaints. So workers, now used to protecting themselves from infection, might have to continue doing so—without knowing whether their coworkers’ protections are working.

On a knife's edge

Condé Nast’s Bon Appétit announced its next editor-in-chief, nearly three months after its previous top editor resigned after a racist photo of him resurfaced. Dawn Davis, vice president and publisher of Simon & Schuster’s 37 Ink, will take over the flagship food glossy Nov. 2. She faces the difficult tasks of addressing deep-seated institutional racism at the brand, pay inequities between white staffers and writers of color and winning back the trust of readers who feel betrayed by a beloved title.

Davis is a cookbook author and has acquired multiple food-related titles during her career. She also received the Poets & Writers’ 2019 Editor’s Award. “At 37 Ink, her titles include ‘Heads of the Colored People’ by Nafissa Thompson-Spires, winner of a 2019 Whiting Award; ‘Never Caught: The Washingtons’ Relentless Pursuit of Their Runaway Slave,’ a 2017 National Book Award finalist by Ona Judge; ‘Tough Love: My Story of the Things Worth Fighting For,’ by Susan Rice; ‘The Butler: A Witness to History,’ by Wil Haygood; ‘The Misadventures of Awkward Black Girl,’ by Issa Rae; and ‘I Can’t Make This Up,’ by Kevin Hart," writes Ad Age’s Simon Dumenco.

Apparently, Bon Appétit contacted Davis, a Black woman, to ask for recommendations for the editor-in-chief position, and due to her previous experience with food, she ended up being the right fit herself.

Stuck inside all day working, eating, sleeping, parenting, cleaning and teaching? Anyone who used to think interior design was a frivolous pursuit has been disabused of that notion after months of lockdown. RQ founder and CEO Brian Salzman knows how much a person’s surroundings affect them.

“The simplest things can change a lot, whether it be changing a doorknob or kitchen knobs or even just repainting,” he says on the latest episode of the “Ad Block” podcast. “The same way we value our atmosphere at work, how we want to make sure it is conducive to community and sharing and inspiring, why don’t we value our homes as much as we value our offices?”

Salzman is also one of the owners of a boutique hotel in Palm Springs, which he helped purchase and fix up. He also weighs in on painting parties, the joyful sappiness of “Queer Eye” and explains how to spruce up a room for just $5.

Q2 blues: WPP posted a revenue decline for the second quarter in a row. Revenue fell 15.1 percent in Q2, the first quarter of the year entirely consumed by the pandemic. It was a jump from the 10.2 percent drop it posted in Q1. CEO Mark Read laid the blame at the feet of the coronavirus, though he noted that it exacerbated trends that had already been influencing the industry.

Don't call it a boycott: Professional athletes in multiple sports continue to demonstrate in support of Jacob Blake, a Black man who was shot seven times in the back by Wisconsin police. The NBA and WNBA continued to postpone games on Thursday, and at least nine NFL teams canceled practices, giving players time to discuss and reflect on police violence against Black Americans. While the moves have been called a boycott, the players are not consumers withholding dollars. For now, it might also not be correct to call it a strike, because players are not withholding their labor to prompt change from their employers, and many coaches and owners are on board with the cancellations so far. “This is affirmatively a day of reflection, a day of informed action and mobilization,” WNBA executive committee president Nneka Ogwumike of the Los Angeles Sparks told ESPN.

Ante up: Mars Wrigley is in the game. The candy giant has committed to a $5.5 million spot in Super Bowl LV in February—assuming the game happens at all, though it’s unclear which of its brands will get the nod. M&M’s, Snickers and Skittles have all made popular appearances at the Big Game in past years.