The action comes in the wake of a Hollywood Reporter story
READ THIS NEXT
Twitter, YouTube step up misinformation crackdown, and TikTok viral paint star has a new job: Wednesday Wake-Up Call 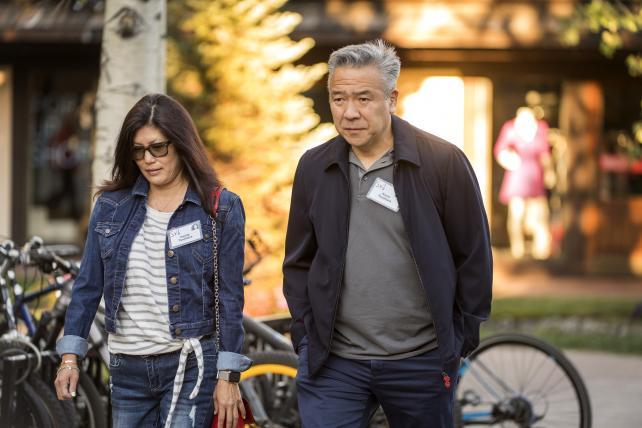 WarnerMedia will investigate a report that studio chief Kevin Tsujihara had a sexual relationship with an actress he helped promote, a startling development that comes just two days after AT&T expanded his duties in a corporate shake-up.

In a story published Wednesday, The Hollywood Reporter said Tsujihara arranged meetings between the actress, Charlotte Kirk, and executives at Warner Bros. to discuss film and TV projects. Kirk appeared in two Warner Bros. movies, "How to Be Single" in 2016 and "Ocean's 8" in 2018. She also auditioned for other projects at Warner Bros. and Millennium Films, the publication said, citing hundreds of leaked text messages.

The report puts WarnerMedia in an embarrassing spot. The division, which became part of AT&T in an $85 billion deal last year, gave additional responsibilities to Tsujihara as part of an overhaul this week. He will now oversee kids and young-adult programming, including the Cartoon Network.

Kirk met Tsujihara through Australian billionaire James Packer and film producer Brett Ratner, according to The Hollywood Reporter. The magazine published extensive exchanges between Kirk and Tsujihara, in which she asks about TV and film roles. The text messages also referred to a sexual relationship between the English actress and Tsujihara.

In a statement, Kirk confirmed that she had a romantic relationship with Packer—and communications with Tsujihara and Ratner. But she has denied that the men did anything untoward.

"I emphatically deny any inappropriate behavior on the part of Brett Ratner, James Packer and Kevin Tsujihara, and I have no claims against any of them," she said. She also denied having any connection to a deal between Warner Bros. and RatPac, a company co-founded by Ratner and Packer.