Wednesday Wake-Up Call: Times of change for Facebook, and a new chapter for R/GA 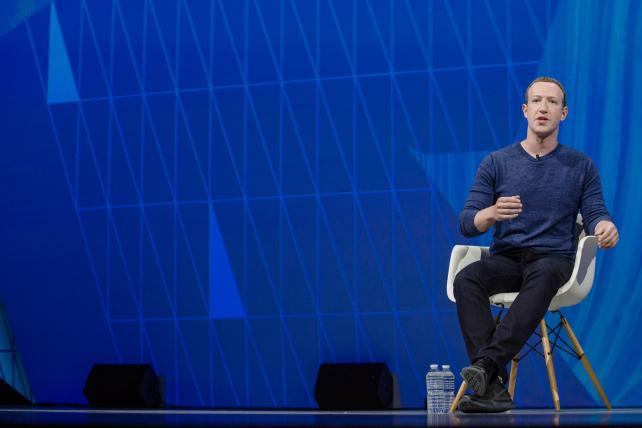 Mark Zuckerberg at the Viva Tech event in Paris in May.
Credit: Marlene Awaad/Bloomberg

What people are talking about today
Bob Greenberg will step down as CEO of R/GA in January, and Sean Lyons, the company's U.S. president, will take over the role. But the visionary agency founder will stay on as executive chairman, as Ad Age's E.J. Schultz and Megan Graham write. "I am going to go to my office every day," Greenberg, 70, says. "I have the same office, I have the same assistant." Greenberg co-founded R/GA with his brother in 1977; now it's owned by Interpublic Group of Cos. R/GA's work over the years has ranged from iconic film title sequences, including the one for "Superman," to innovations like Nike+ and Nike Fuelband. On the side, Greenberg collects art (and judging from this New York Times profile, his collection of outsider art is quite something.)
Another departure: David Poltrack, CBS research guru, will retire from the network next year after 50 (!) years with the company. Read more by Ad Age's Anthony Crupi.

Facebook's Q3
Facebook is in the midst of a big transition: It's shifting its focus to Stories, where users post photos and videos that scroll across their screens and eventually disappear. Facebook sees Stories as its social networks' future, Ad Age's Garett Sloane writes. But as the transition happens, there's some fallout, "since the new way of sharing video has not caught on with advertisers yet," Sloane says. Ad sales for the third quarter hit $13.5 billion, up 33 percent year-over-year. For Facebook that's actually a slowdown in growth from a year earlier, when the figure was 49 percent.
Ha: Recode's headline points out that Facebook's Stories concept wasn't exactly original: "The 'Stories' product that Facebook copied from Snapchat is now Facebook's future," it says.
In other Facebook news: Vice News put Facebook's vow of political transparency to the test by applying to buy fake ads on behalf of 100 real U.S. senators. It says Facebook approved all the requests, proving that "just about anyone can buy an ad identified as 'Paid for by' by a major U.S. politician."

What really happens when kids play with your phone
New academic research backs up what parents already know: Apps for small children deliver a whole lot of ads. The study published in Journal of Developmental & Behavioral Pediatrics found that 95 percent of common apps targeted at kids 5 and under contain advertising. The New York Times talked to the study's lead researcher, who was surprised not just by the number of ads but by the kinds of ads the team found. There were ads with disturbing images, and as The Times reports:

"Dancing treasure chests would give young players points for watching video ads, potentially endlessly … At other times an onscreen character would cry if the child did not buy something."

Moral of the story: Next time, instead of downloading a supposedly educational app to distract your kids, just plop them in front of the TV. (Kidding, sort of.)

Just briefly:
Gadgets: "Apple is giving its iPad the most extensive upgrade since 2015," Bloomberg News reports. There's no more home button and no more headphone jack. (But is this really something to get excited about?)

Public service announcement: San Francisco agency Muhtayzik Hoffer is the latest shop to change its name. Now it's M/H VCCP, as Ad Age's Megan Graham writes. So if you were never sure how to pronounce Muhtayzik Hoffer, you can stop worrying about it.

Memories: For the holidays, Sears is "running emotion-based messaging and hoping to capitalize on feelings of nostalgia for the once-mighty retailer," Ad Age's Adrianne Pasquarelli writes. The company recently filed for bankruptcy protection.

The midterms: Ad Age's Datacenter crunched the numbers and found that nearly half the political ads being broadcast on TV and radio in St. Louis are wasted; they feature candidates running across the state line in Illinois. Read more from Simon Dumenco.

Creativity pick of the day: A New York newsstand offered up newspapers and magazines with headlines pulled from fake news stories on the internet (such as, "Texas now recognized as Mexican state.") It's "The Fake News Stand," an activation from TBWA/Chiat/Day New York for the Columbia Journalism Review. As Ad Age's Ann-Christine Diaz writes, with the midterms coming up, it's an attempt to draw attention to the dangers of the misinformation. Check it out here.