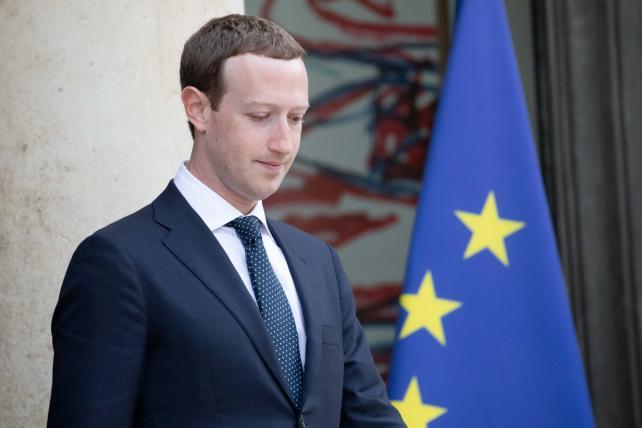 Welcome to Ad Age's Wake-Up Call, our daily roundup of advertising, marketing, media and digital news. You can get an audio version of this briefing on your Alexa device. Search for "Ad Age" under "Skills" in the Alexa app. What people are talking about today: Facebook has been fined 500,000 pounds, or about $660,000, according to The New York Times after U.K. regulators found the company broke data protection laws in its dealings with Cambridge Analytica. While the Times notes it's the maximum fine allowed under Britain law, the social network likely avoided a much worse fine, Bloomberg News reports, because the data leak took place before GDPR came into force. Facebook, the reports say, will be able to respond to the proposed penalties before the ICO releases a final decision.

Sorrell's payout still shaky
Martin Sorrell may have won the battle with WPP to acquire Dutch digital production company MediaMonks, but WPP is not through with him yet. As Ad Age's Megan Graham reports, Sorrell's former company has reiterated that he could lose out on a multi-million dollar payout.

"WPP's lawyers wrote to Sir Martin's lawyers last week pointing out the breach of his confidentiality undertakings in his approach to MediaMonks after his resignation from WPP," a WPP spokesman said Tuesday. "Despite subsequent protestations from Sir Martin's lawyers, we are well aware of the facts and he has jeopardised his LTIP entitlement." ("LTIP" refers to a long-term incentive plan entitlement for Sorrell, as outlined in a contract from 2008.) A spokesman for Sorrell said WPP's legal position "has no merit" and that "the legal letters were just a feeble and weak attempt to disrupt our bid, and failed."

Advertising comes out of the closet
At a time when some CEOs are openly gay, writes I-Hsien Sherwood in Ad Age, "conversations with LGBTQ agency leaders suggest an ingrained industry reticence toward LGBTQ assimilation at the highest levels [of the ad industry], even in a trade typically viewed as more tolerant of differences than most." Aaron Walton, founding partner at agency Walton Isaacson, tells Sherwood that "advertising is better than some industries, but we're not at a point where we should be giving each other high fives. There's still a long way for us to go to make sure that we don't get forced back in the closet." Read Sherwood's fascinating account of the state of the industry..

J. Crew goes plus size
In recent years its been known as a purveyor of stylish fashion worn by the likes of Michelle Obama. Now J. Crew is expanding the range of sizes it sells to target more shoppers. Ad Age's Adrianne Pasquarelli reports that the retailer has unveiled a capsule collection with Universal Standard, and is promoting the 37-piece offering with a campaign and video featuring models Clementine Desseaux and Diana Veras. The move, she says, is meant to pave the way for J. Crew's general roll-out of larger sizes. "Because great style and great fit are important to all of our customers, thoughtful sizing and attention to fit are at the center of our design process," Lisa Greenwald, J. Crew chief merchandising officer, said in a statement.

Just briefly:
'Selfie commerce': In more Facebook news, it has introduced new augmented reality ads that let people try on virtual renditions of products, Ad Age's Garrett Sloane reports. Facebook has tested the ads with Michale Kors, Pottery Barn, Bobbi Brown, Wayfair, Sephora and others. The way it works is is you could see, say, how a piece of Pottery Barn furniture would look in your living room by holding your phone's camera up to the space.

Uber exec resigns: Uber's Chief People Officer Liane Hornsey resigned in an email to staff on Tuesday, following an investigation into how she handled allegations of racial discrimination at the ride-hailing firm, reports says. According to Reuters, the resignation comes after it contacted Uber on Monday "about the previously unreported investigation into accusations from anonymous whistleblowers that Hornsey had systematically dismissed internal complaints of racial discrimination" and raises "questions about Chief Executive Dara Khosrowshahi's efforts to change the toxic culture of the firm after he took over in August last year from former CEO Travis Kalanick following a series of scandals."

Submit your guns and voting ideas: In Cannes, 40-plus top global creatives and marketers gathered at an event held by Ad Age and the Gun Safety Alliance to brainstorm the issue of gun violence in the U.S. Now, Ad Age has a new creativie brief. We're asking students and young creatives to come up with their own ideas on gun violence and on how to incentivize their peers to vote in the midterm elections. Go here for more information on how to submit.

Fox ups Sky bid again: Rupert Murdoch's 21st Century Fox Inc. has significantly increased its offer for Sky in the latest salvo in its bidding war with Comcast for the British broadcaster, The Wall Street Journal reports. It says the new offer values Sky at $32.5 billion, a a rise of over 30 percent on the previous bid. Comcast's last bid was worth $29 billion.

When Westworld meets Alexa: HBO created "Westworld: The Maze," an Amazon Alexa voice skill that lets players control the actions of a "host," an artificial humanoid in the show's Western theme park, on a quest for personhood. Ad Age's I-Hsein Sherwood delves into how the broadcaster and agency 360i made the project come together.

Creativity pick of the day: Pharrell Williams gets poignant about African-American women's significant contributions to culture in the latest installment of Spotify and Saturday Morning's "Black History Is Happening Now" campaign. In an original short film appearing on the dedicated Spotify hub, the multi-talented musician and producer discusses how black women in particular, from Sojourner Truth, to Oprah and beyond, have historically been a "serious force" in moving history forward.
Check it out here.