How Wendy's Found Itself, Slipped Past BK Into No. 2 Spot | Ad Age
Skip to main content
Sign In Register

How Wendy's Found Itself, Slipped Past BK Into No. 2 Spot

Wendy's has been something of a red-headed stepchild in the burger category. A perennial No. 3, trailing McDonald's and Burger King, its prospects dimmed considerably after the passing of founder Dave Thomas in 2002.

But things are now looking up. Wendy's is poised to dethrone Burger King as the No. 2 chain in the burger category in 2011 U.S. sales and will be second only to McDonald's, according to Technomic.

It's a rare occurrence when one rival surpasses another in a hard-fought category. In recent years only a few such successes come to mind: Diet Coke passing up PepsiCo to become the No. 2 soda brand in the U.S., and Starbucks whisking by Burger King and Wendy's to become the overall No. 3 fast-food chain based on U.S. sales.

No matter your industry, there are some noteworthy takeaways here.

It's "a classic marketing story," said Tim Calkins, marketing professor at Northwestern University's Kellogg School of Management, "about brands that stumble and then get their footing back. This is about really understanding your brand, and being true to it."

Understand your core brand and who it targets

After the passing of Mr. Thomas, Wendy's lost its marketing focus. Its message had gotten off track, and it cycled through multiple agencies, one of which -- Publicis Groupe 's Saatchi & Saatchi -- launched a polarizing red-wig campaign aimed at young men, who are not the chain's core demographic. In 2009 Wendy's hired Publicis Groupe 's Kaplan Thaler and has been with the agency ever since.

A typical challenger strategy is to zig while others are zagging. "In recent years there's been so much emphasis around young users in the fast-food category, but Wendy's realized that 's not what its brand has been about," said restaurant-marketing consultant Denise Lee Yohn. Rather than chasing youth, Wendy's moved to "appeal to an older crowd" -- long its core audience. 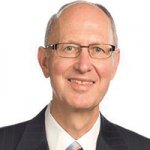 Wendy's has an established image of quality product and never-frozen beef, but the menu was rather uninspired.

"Two things drive [the quick-service restaurant category]: One is continual product innovation, and the other is meaningful advertising campaigns," said Joscelyn MacKay, senior securities analyst at Morningstar. Wendy's has concentrated on those two things since divesting Wendy's .Arby's Group in 2011 to focus its energy solely on the Wendy's brand, she said.

Even before divesting Wendy's /Arby's Group , and after Nelson Peltz's Triarc Cos. bought the company in 2008, Wendy's started massively revamping core products, including salads, fries and beefed-up burgers. In late 2011 it launched a mid-tier "W burger."

"They were willing to challenge what they had been doing in the past and were willing to sacrifice some sacred cows," said Ms. Yohn, referring to the chain's decision to take its core products -- such as fries, which weren't exactly considered a menu bright spot -- and overhaul them to have a more-contemporary offering.

Wendy's is testing more-modern restaurant designs and looking to compete with fast-casual chains, which generally have better dining environments.

"The bottom line is that [fast-casual chains] offer a better total experience," said Wendy's President-CEO Emil Brolick in the most recent earnings call. "The competitive set has changed ... and we are confident that we can successfully build our brand, build sales and build profits in this new environment."

McDonald's and Burger King also have contemporary store redesigns set to roll out in the coming years.

Burger King has struggled with management and ownership changes, and analysts have said the chain faltered by focusing too much of its marketing on young men, a demographic hit hard by the recession. Wendy's seized the moment, made the right changes and zipped into the No. 2 spot.

However, Burger King is determined to rebound. Last year it hired Global CMO Flavia Faugeres (Wendy's has been sans CMO since June), brought on McGarryBowen , and, to appeal to a broader audience, traded in its King character in favor of food as the star of its advertising. A new brand campaign is also expected this year.