The nation's largest car insurer has put rivals like Allstate on the spot with its move to cut rates by 11 percent on average throughout the country
READ THIS NEXT
Cannes Lions finalizes in-person jury presidents, and Facebook outsources Trump ban verdict: Friday Wake-Up Call 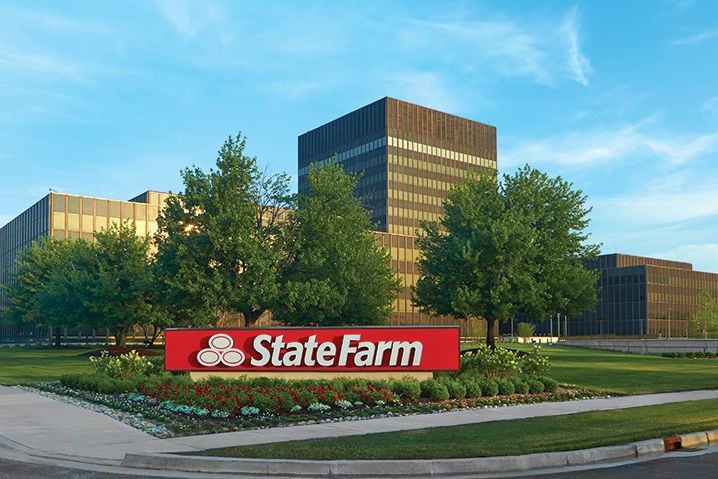 The big dog is off the porch again.

State Farm’s announcement yesterday that it will cut automobile insurance rates by 11 percent on average nationally puts the rest of the industry on the spot. As many stay home during the COVID-19 pandemic, an industry response thus far has been to offer month-to-month rebates. Bloomington-based State Farm, the largest car insurer in the country, now is betting that Americans won’t be taking back to the roads any time soon in ways they had just a few short months ago.

The last time State Farm set forth a nationwide rate-cutting strategy was in the late 1990s, when then-CEO Edward Rust Jr. proclaimed, “The big dog is off the porch.” Its rivals, particularly Northbrook-based Allstate, followed suit, and the result was several years of subpar profits for the industry. Allstate’s CEO at the time, Edward Liddy, vowed his company would never cut prices like that again in response to a competitor, and the company has stayed true to that ever since

Liddy’s successor Tom Wilson, who’s been CEO of Allstate since 2007, now faces the same choice. In the company’s recent first-quarter earnings call, which took place before State Farm’s announcement, Wilson told analysts the company would have a second round of rebates for drivers. But, he said it wouldn’t be like the first round, where Allstate offered across-the-board rebates of roughly 15 percent per month in April and May.

The second round, Wilson said, would be “incredibly precise and surgical,” with larger rebates going to customers who have sharply reduced driving and smaller or no rebates going to those still driving as they had before.

Geico, the second-largest auto insurer after State Farm, and No. 3 insurer Progressive also have offered temporary rebates. Geico, in particular, markets itself as a low-cost alternative to companies like State Farm and Allstate, which sell through thousands of agents throughout the country. So it may feel more pressure to respond to State Farm’s initiative.

For State Farm, the risk is that such a dramatic rate cut takes effect and then driving habits resume as they were once the crisis has passed.

“We really don’t know if this driving behavior we’re seeing today is a long-term trend or a short-term trend,” Newsome said. “Evidence shows that you gain very little market share by lowering rates and you lose a lot by raising them.”

If State Farm finds itself having to reverse course on rates, the strategy could backfire, he said.

So far, how much State Farm will cut prices in its home state isn’t available. The insurer must file for the changes in each state. Some state insurance departments must approve the new rates. In Illinois, insurers are free to change their prices and merely must notify the state Department of Insurance.

Today’s price-cutting war may well not take the same form as past battles. The COVID-19 pandemic arguably has focused Americans more on the value they’re getting from being legally required to hold car insurance than at any time in the recent past, including the Great Recession, when many U.S. drivers shopped for cheaper policies. The logic is obvious: if I’m not driving or barely driving, why am I paying the same as before?

With insurers continuing to bombard the airwaves with advertising, State Farm has the financial power to market its rate cut and distinguish itself from the rivals that are cutting prices only on a temporary basis.

The company has been looking for a way to reverse market share losses of recent years, mainly to Geico and Progressive. A series of modest State Farm rate cuts in most states over the past few years hasn’t changed the trend. Before the pandemic, Chevy Chase, Md.-based Geico was on track to surpass State Farm as the nation’s largest auto insurer within the next two years. This may be State Farm’s best chance to stave off the lizard.