Why Does Everyone Want to Work at AOL All of a Sudden? | Ad Age
Skip to main content

Why Does Everyone Want to Work at AOL All of a Sudden?

A Charismatic Leader, Revenue Upside and Cash to Play With Are Attracting Top Talent to the Troubled Company
READ THIS NEXT
Parler reappears with help from Russian-owned security service

NEW YORK (AdAge.com) -- AOL is the most-troubled big internet company, a turn-around job with a speculative future. So why, then, does it seem everyone wants to work there?

Jon Brod, AOL
The company is snagging talent from all sectors: Wall Street, publishing, consulting, Google, Yahoo, social-news aggregator Digg, Time Warner and even its own huge diaspora of former employees, some of whom have chosen to come back. It's luring executives from start-up land both through hires and through acquisitions who seem to be more into the job than simply fulfilling an earn-out.

Some say the AOL opportunity is appealing because it is so challenged. If Yahoo is about single-digit gains and Google spreadsheets and optimization, AOL is an opportunity to take a brand that has been dark for years and make a mark on the industry. In other words, it's easier to make a difference at AOL and grow off a small base than it is to do the same at a competitor. And, frankly, AOL doesn't need to win big for the individuals who've come there to win.

"Great people want to see their individual contributions matter, rather than a collective result that might just move the needle," said Todd Teresi, chief revenue officer at Quantcast and a 10-year Yahoo veteran.

Sluggish sector
Aside from, say, Facebook and maybe Twitter, the era of big-growth internet companies is over. Yahoo is stuck in neutral. Google, once entrepreneurial, is run like a machine, one struggling to enter new markets while fending off challenges to its core business. In contrast, AOL is being run a bit like a start-up, albeit a start-up with serious cash flow and an HR department.

"The company is currently small and undervalued, but has huge potential upside," said Mr. Lindsay, who covered AOL as a Wall Street analyst. "I think AOL could be a global brand a few years from now -- that was the aspiration in the late '90s, but it didn't work out in the Time Warner environment."

Of course, as outsiders flock in, AOL has also lost its share of senior execs -- either because they've been replaced with newcomers, taken an attractive buyout package or been part of several rounds of layoffs. Such shake-ups mark the 25-year-old company, which has gone through several cycles of morale boom and bust.

As a company that once employed more than 20,000 people before it acquired Time Warner, AOL trained thousands of internet executives at the dawn of the boom. Before the merger with Time Warner, AOL was a place for internet cowboys and frontiersmen; it was a time of charismatic leaders such as Bob Pittman and Steve Case. After the merger, some ran for the exits. Former CEO Jon Miller and Media Networks Chief Michael Kelly brought some turnaround hope in the mid-naughts, and bought a successful business in Ad.com, but then Chairman-CEO Randy Falco and Chief Operating Officer Ron Grant again made AOL the place not to work.

Enter former Google exec Tim Armstrong. While Mr. Armstrong brought hope to AOL after he joined as chairman-CEO in March 2009, he fired nearly a quarter of the company and much of the company's talent got other jobs and took the buyout. "There was a question of whether he did anything to retain talent that was already there," said one former employee.

Content
Mr. Armstrong also brought an influx of Google management (11 people in all) -- perhaps too much, as some privately say. Still, the firmly articulated mission and focus on content has ex-Googlers beating down AOL's door for the chance to work with content, not just platforms and machines. "I didn't realize how much I liked working with content until I worked at [Google] -- you could see it and analyze it but you couldn't touch it," said Mike Church, a former YouTube exec who joined AOL six weeks ago. "Our team touched a lot of revenue but it was another hobby to Google besides search." 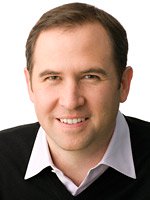 Brad Garlinghouse
Ad sales execs have been elevated as part of a client-focused culture, led by salesman-in-chief Armstrong. Thanks to that, and with both curiosity and buckets of goodwill going for them, as one former AOL-er put it, "they can get any agency meeting."

AOL has big dreams -- a goal that may or may not be achievable -- and a lot of its own money to play with. Unlike The New York Times or Time Warner, it is no longer even trying to protect its eroding core business, which is liberating.

"AOL's initial business -- dial-up internet access -- is so far gone no one spends any time worrying about trying to keep that sinking ship afloat," said Mr. Hansell, who is now running SEED, AOL's content-production factory. "Yet unlike most content start-ups, we have a huge audience, well-known brands, thousands of top-quality journalists and one of the biggest ad networks in the world to pay for everything."

These people have signed on within the past year