France Cracks Down on Photoshopped Bodies in Ads 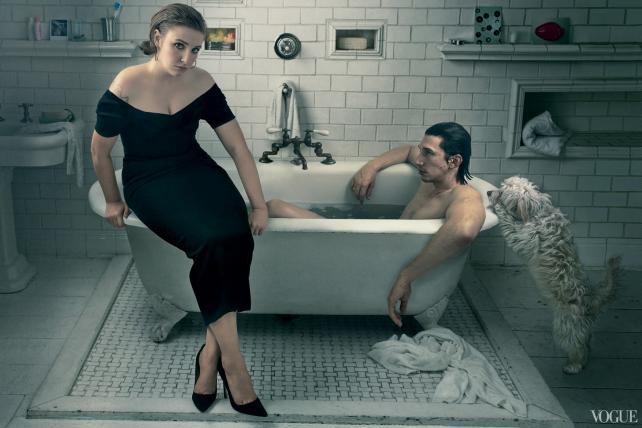 Lena Dunham said she'd no longer allow her images to be photoshopped after her Vogue photo shoot (above) was retouched.
Credit:

Marketers are fond of saying they favor authenticity in advertising, but starting next week, France's ad industry won't have any choice in the matter.

A new law that starts Oct. 1 states any photos used in a commercial context must be labeled "Photographie retouchée" if a model's body shape has been digitally altered. The penalty is a fine of 30 percent of an ad's budget, or a minimum of $45,000 should the budget be smaller.

The reaction in France is a typical Gallic shrug. For now, anyway. Melanie Pennec, an art director at DDB Paris, says, "It's not such big news. My work won't change. People want insight and authenticity, not fantasy. When I do use photoshop these days it's to make something look more real or dirty or whatever."

Stephane Soussan, a creative director at Hakuhodo-owned Sid Lee in Paris, also says it doesn't seem that big a deal, and he expects the disclaimers will merely become commonplace.

"Every luxury brand will need to put the words on the bottom [of their ads]. We shoot a lot of pictures and mix and match to get the best. It's too difficult to have a real shoot. Even the Dove 'Campaign for Real Beauty' isn't real," he says.

It's unclear if international marketers will be affected. Geraint Lloyd-Taylor, legal director at Lewis Silkin, a London-based law firm that specializes in media, says, "It's not 100 percent clear whether it applies to global ad campaigns from outside France that are visible within France. The safest course is to assume that the law will apply, particularly if the campaign uses French language, French contact details or euro pricing."

The new French law is part of a zeitgeist shift towards more a more socially responsible attitude to images across all media. In the U.S., Target and American Eagle have won kudos from consumers for their claims that they don't airbrush photos, and Lena Dunham declared last year that she would no longer allow her images to be photoshopped, after her Vogue photo shoot was heavily retouched (and much critcizied for being so). And this past spring, Kim Kardashian lost 100,000 Instagram followers after paparazzi shots of her on the beach made it clear just how heavily her social media profile is photoshopped.

In Israel, digitally altered pictures of models have had to be clearly labeled since 2013, while Australia has had a voluntary code of conduct since 2010. The U.K. watchdog, the Advertising Standards Authority, has a history of banning ads that are heavily retouched and last year the U.S. Congress directed the Federal Trade Commission to write a report on whether airbrushing is "an unfair or deceptive act or practice."

Lloyd-Taylor says, "There is more socially driven change. You can feel the groundswell--it's a live issue."

In the U.S. the Association of National Advertisers' #SeeHer alliance is dedicated to achieving a 20 percent increase in the "accurate portrayal of all girls and women" in media by 2020, and the United Nations' Unstereotype program is supported by major marketers including Unilever, Procter & Gamble, AT&T and Johnson & Johnson.

"Of course, it's so important to promote and reinforce a healthy body image," says Stephan Loerke, CEO of the Brussels-based World Federation of Advertisers. "Our industry needs to be brave enough to depict society in a realistic way rather than reinforcing potentially harmful stereotypes. We're also witnessing a broader movement … to make a real difference in this area."

Even so, the new French law is a bold statement from a country that's globally famous for its fashion and beauty brands—often the biggest culprits in portraying unrealistic images. Even the laissez-faire attitude of DDB Paris' Pennec could change after Oct. 1: "Maybe we'll all freak out next week," she says with a laugh.