For The Love Of Money | Ad Age
Skip to main content

For The Love Of Money

Money used to be a beautiful thing. Much of the design of currency emerged out of national pride, political expression and a need to prevent forgery.

Paper currency was first invented by the Chinese, who were also innovators in paper making and printing. The invention of paper was ascribed to Ts'ai Lun in 105 A.D., and remained exclusively in China for the next 500 years. The technology finally spread to Korea in the 7th Century, travelling to the Arab world in the 8th Century, and arriving in Europe in the 12th Century, where it was stalled by religious prejudice. Papermaking was only really established, then, in Italy at the end of the 13th Century and in France and Germany in the following century. 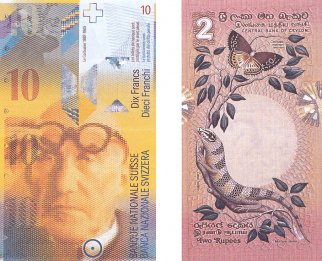 Movable type was also a Chinese creation, attributed to an 11th century alchemist named Wang Chen. Rather impractical for thousands and thousands of Chinese characters, movable type did not make notable impact until the creation of the Gutenberg's Bible, in 1455. 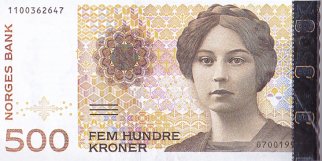 According to the book The Art of Money, the first government-backed paper money in western civilization was used in 1690 to pay soldiers returning from an unsuccessful assault on Quebec, and hundreds of years earlier in China, also in connection with military problems. The book also claims that the printing of paper money financed both the American and the French Revolutions. In short, argues the author, money was hugely influenced by war.

Today it seems to me that we try to sterilize money by keeping it completely removed from the idea that we're actually spending it. Cash has become a hassle and I largely try to keep my spending to the swiping of cards. There's nothing fun about the exchange of bank notes or ? even worst ? coins; There's also very little effort (generally speaking) in designing our credit cards or the experience of using them.

In fact, current trends are trying to make the experience of purchasing almost invisible.Applications like iTunes and Amazon have made the purchasing process complete with at a click of the button. PayPal, a leading online payment platform, has recently created an iPhone application that allows users to make financial transactions simply by bumping phones together. As compelling as the idea is, I can't help but wonder whether it's smart to make spending money such a transparent event.

It isn't that I don't love the idea of making money exchanges easy. I'm just suggesting that we might be able to design the moment of exchange a little more. It matters because we all love beautiful things, and because, if designed well, we might be more careful and aware when we make that exchange ? a process that the last few months have taught us we could certainly improve on.

U.S. $10 bill with Franklin, his kite and the figure of Liberty riding a soaring eagle, 1901

Many of us spend much of our careers thinking about selling and how to make people spend. I just thought we could take a moment to think about designing the specific event that all clients strive towards and that we engage in every single day.

We certainly don't need a war to innovate - just the desire to make a difference.

Tali Krakowsky
View all articles by this author