READ THIS NEXT
How restaurant chains are duking it out to be the best in their categories
Sophie Maxwell, Pearlfisher.
Credit:

We Pearlfisher's trouped en masse last Thursday to London's Barbican art centre to see a screening featuring a Q&A with the director himself, during which he told us how he managed to make contact with the prestigious names in response to one question (by sophisticated ruse and blagging) and then obligingly turned out the contents of his pockets in reply to another (there's always one in the audience, isn't there?). 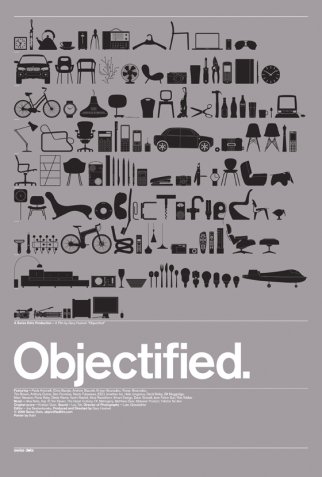 While his pocket contents were quite acceptably average, his film is certainly quite an achievement. Though a self-confessed, long-term design junkie, Hustwit has only been directing films for three years, with Helvetica being his first, making Objectified only his second foray into celluloid. With a fresh and easily digestible approach, he kicked off with Alice Rawsthorn from the International Herald Tribune introducing the concept of the beginning of mass production with a story of Chinese emperors encouraging their archers to make one commonly shaped arrow rather than a personally carved version should they need to keep firing each others' in the case of untimely demise. 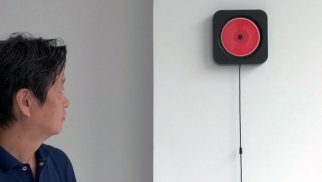 Naoto Fukusawa
The debates covered included: practicality vs personal expression, identity vs commonalities and, finally, design as a way to solve problems. In addition, the film explores the way in which we identify and define ourselves, and the assumptions we first make about objects.

The relationships we have with certain objects is further examined by, amongst many others, Naoto Fukasawa, designer of Muji's brilliant wall-mounted CD player. The impressive roll call also includes Marc Newson, Karim Rachid, Hella Jongerius and Jonathon Ive and makes for more brilliant quotes than you can possibly write down in a darkened cinema. Design icon Dieter Rams' codes of good design were mentioned post-screening as particular favorites. I won't tell you what they were and spoil Mr Hustwit's reveal -- go and see the film. It's well worth it for anyone interested in design or for those who just want to understand what influences our lives today -- such is the impact of these designers on our landscape.

We think conversations in the bathroom are always interesting in doing a quick swot on impact, our head of words reported back on two designers debating the relevance of the film. The verdict? They'd heard most of it before but the execution was natural and accessible. And we agree, the film perfectly demonstrated how the train of design-thinking crossed not only disciplines and decades but continents and language barriers, too. 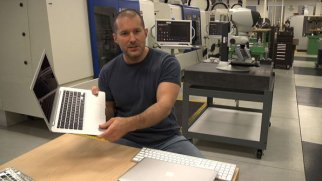 Apple's Jonathan Ive
Product design certainly seems to have taken centre stage in the design world over the last couple of decades. Indeed if you think about the design celebrities of the moment -- the voyeuristic world of fashion aside -- most of them were featured in this film. Objectified is the second in a trilogy of films, so it'll be interesting to hear and see the focus of the third. Another design discipline perhaps, or a "what's next'?" wrap-up of the discoveries and debates of the first? We're hoping his credit card stands up to the making of it as we're already looking forward to another group outing to see his next cinematic ode to design.

Any company in the design industry, large or small, now feels an ever-increasing need to reach out for new business overseas, working with as global a remit as possible and showing competence within all the cultures they enter. For me, this film, for a moment made the world seem a little bit smaller and more unified. Presenting us with an encouraging, seemingly global view of shared ideals and concerns, achievements and progress. Not bad for a short and sweet 95 minutes. For a quick advance peep click here.

Sophie Maxwell's fashion background as a graduate and now guest lecturer at London's Central St Martins is put to daily use in her role as Head of Creative Insight at Pearlfisher.