READ THIS NEXT
How restaurant chains are duking it out to be the best in their categories
Sophie Maxwell, Pearlfisher.
Credit:

I wouldn't try to predict the long-term future for the word 'luxury' such has been the abuse of the term with the products it has been used to describe over the last decade. Aldi the German supermarket chain's ?5 lobster and the UK chain Woolworth's ?5 champagne--though this apparently was quite tasty--can be cited as pertinent examples. We have spread the term so thinly that as a descriptor it isn't to be trusted, and neither are the visual codes previously used to identify it. In our desperation to trade up we have caused a definite marking down of standards. Plundered heritage in the form of millions of counterfeit bags continue to plague the most desirable fashion houses. I know several fashion designers that themselves wait for Hong Kong business trips to pick up knock-off versions of signature monograms--ironically the very thing those logos were created to guard against--rather than splurge on the real McCoy.

From knock-off to knock down, the ways to trade down continues with the founders of Net-A-Porter, the online designer fashion phenomenon of the noughties, embracing the trend for thrift with the launch of theoutnet.com. With the affirmation that "Good fashion doesn't date," it is a selection of discounted items well-collated and snappily displayed, with enough of a clean, fresh web layout to make you forget the trash/treasure implication of out of season. Net-A-Porter, the original concept, perfectly understood that the key to translating the allure of high fashion online was retaining as much of the 'experience' of luxury retailing as possible. It was therefore the first to make receipt of online goods worthy of an indulgent, luxury, branded experience with boutique style layers of tissue and bows and immaculate customer service. Last year it defied the beginnings of the recession to turn over an increased 67 percent year-on-year to ?55.2m. The launch of OutNet shows founder Natalie Massenet's perfect understanding of the zeitgeist and will no doubt be rapturously received, but what does all this mean for a world previously coveted for its rigid backbone of hard-line designer elitism?

Real luxury, as we knew it, was never about cut price or compromise. The bar hasn't so much been lowered as splintered and there are now arguably far more classes within the luxury goods market. Make no mistake, an uber-elite audience does still exist, albeit in discreet hiding at present, and the demand remains stronger than ever to capture their aspirational imaginations. However, catering to this market demands steely nerves in times like these. Versace, for instance, never holds sales - it is part of their brand policy never to devalue their brand. Louis Vuitton chose to buck the market last year with a price increase, as did Chanel, raising prices on its classic handbags by 20 percent last November. Real luxury is, if anything, about displaying the perfect manners. Now is simply not the time for flaunting and so the emergent behaviour of premium brands is more low key than ever (ambitious pop celebrities with their million dollar collection of Hermes should take note) and brings us to the fundamental question: "How will real luxury behave and communicate in the future?" 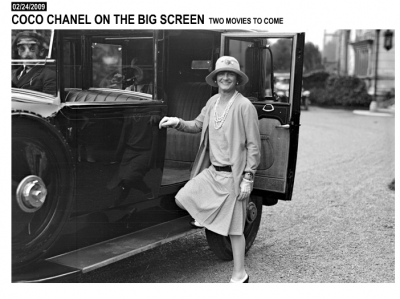 Behaviour is a word that is key for brands and nowhere more so than in the luxury sector. Luxury magazines, previously their principle method of communication, have continued to lose their sheen through an average 25 percent cut in advertising and this straining of the relationship between brands and their long-term partners has given rise to a new kind of behaviour and form of expression--Luxury Brands: The Movie. Chanel, Dior, Tom Ford and Stella McCartney have all recently completed or debuted films bringing their message, aesthetic and "world of their brand" to a greater degree of life. 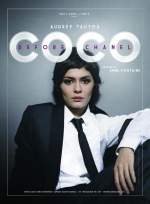 Chanel undoubtedly understands the excellence and eminence required of a timeless, iconic brand better than most, It is principles, such as the impossibly high standards of physical effort and patience required for the production of couture, that drives the difference between real versus borrowed luxury behaviour. And The House of Chanel is currently the subject of two films as well as collaboration with the Ballet Russes.

The first film "Coco Before Chanel" takes Gabrielle Chanel as the subject and centers on her journey from poverty to fame and infamy. Audrey Tatou, a favourite of the house and currently the face of No.5, stars in the short that shows her passion-struck after a meeting on the Orient Express. Tatou spends the film looking forlorn and a bit baffled until united with the object of her affection who traces her to Istanbul by following the scent of her No. 5. Although not exactly casting her as an empowered 21st century heroine, it is however a perfect display of the wistful wanting and desire luxury brands aim to make us feel for them. The second film "Coco Chanel & Igor Stravinsky" directed by Dutch-born Jan Kounen stars Anna Mouglalis and Mads Mikkelsen. Focusing on her alleged passionate affair with the composer, it closed this year's Cannes Film Festival. 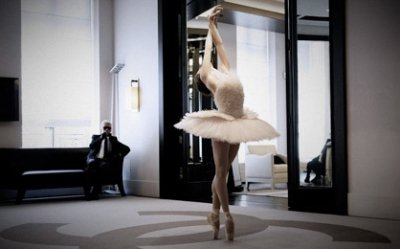 Karl Lagerfeld, Chanel's creative director, is a great photographer and has always said his second career choice after fashion would have been advertising. He has made a short, filmed at the House of Chanel, and featuring his creation of costumes for the Ballet Russes season at Sadler's Wells in London, mirroring the tradition started by Chanel herself when she supported Ballet Russes founder Serge Diaghilev staging "The Dying Swan" again after World War I in 1919. 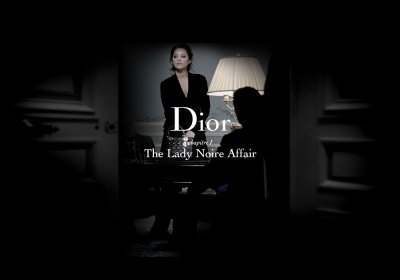 The worlds of film and fashion continue to merge with Dior's film by renowned director, Olivier Dahan. His six-minute short "The Lady Noire Affair" stars Marion Cotillard (of La Vie en Rose) as a Dior clad heroine who, in a timely bit of storytelling, is on a mission to save her young man from an evil banker. In a quote from the director, he talks about the collaboration with the house of Dior: "I liked immersing myself in this universe of glamour and suspense and [sharing] this creative process with Mr. Galliano and the talents of the Dior house. "The Lady Noire Affair'" brings out what I call 'Romanesque' luxury, inspired by the grand classics." Following the laws of fashion the next chapter in the sequence will preview next season.

Tom Ford, the force behind the resurrection of Gucci and a master of contemporary luxury, has a reputation for a meticulous approach to detail--the stalwart of the luxury brand--which he has transferred to the big screen in his first feature, "A Single Man." Despite the fact Ford has so far refused to show footage, even to distributors, it is keenly anticipated and will be unveiled at the Venice Film Festival in September. 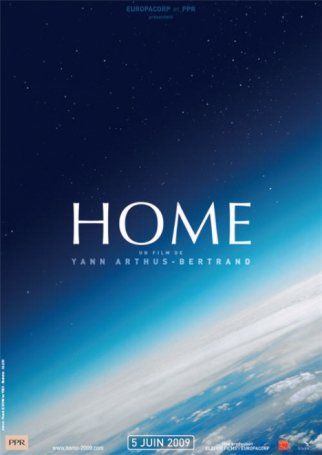 Lastly, "Home," the work of filmmaker Yann Arthus-Bertrand, premiered at Stella McCartney's West Hollywood store on World Environment Day, June 5, and stays true to the conservation efforts for which she has determinedly fought since the beginning of her career.

Luxury brands, more than any others, are about the realisation of dreams and ideals. The pedestals on which we place them give them reason to create new platforms to express their message in emergent and ambitious ways; making film the perfect medium. And the opportunity to bring together muse - more often than not an actress these days - location, music, and product enables them to retain the feeling of untouchability that has always been at the very heart of our enduring desire for luxury.

Sophie Maxwell's fashion background as a graduate and now guest lecturer at London's Central St Martins is put to daily use in her role as Head of Creative Insight at Pearlfisher.