READ THIS NEXT
In China, Kim Kardashian West is late to the influencer party 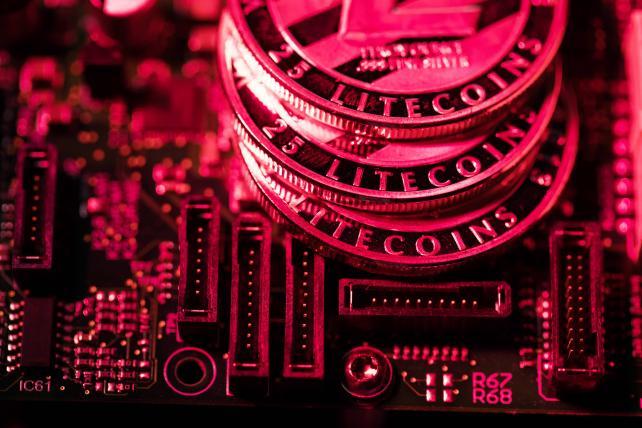 While Bitcoin is the most famous cryptocurrency, it is only one of approximately 2,000 cryptocurrencies in circulation today. All of the heavily traded cryptocurrencies are powered by some version of a distributed ledger (blockchain), and each has at least one unique attribute that differentiates it. Here's an overview of 5 popular cryptocurrencies and how they compare to Bitcoin.

Note: One major difference between Bitcoin and many other cryptocurrencies is that there are a finite supply of Bitcoins: 21 million (including the roughly 1 million lost in the Mt. Gox hack. Four of the five cryptocurrencies listed below have no cap on how many can be created.

Overview: Litecoin was created in 2011 by Charlie Lee, a former Google engineer, shortly after Bitcoin began. Powered by an open source payment network and a decentralized authority, Litecoin is commonly used by developers, though many online merchants now accept it as well.

Litecoin vs. Bitcoin: Like Bitcoin, Litecoin is easy to buy and sell for cash on mainstream exchanges (like Coinbase), and you can also open a Litecoin debit card for easy use. Its primary advantage over Bitcoin (and the main reason it was created) is its faster block generation rate, which means faster transaction confirmations. While Bitcoin transactions tend to take ten plus minutes to settle, Litecoin transactions are often settled in a quarter of that time. Litecoin's Scrypt algorithm also makes mining easier for people without high-end graphics cards.

Overview: After an overwhelmingly positive pre-sale period in 2014, Ethereum launched in 2015. Developers looking to build decentralized applications within Ethereum use its platform-specific token, Ether. Following the 2016 hack on the Decentralized Autonomous Organization (the DAO), Ethereum split into Ethereum and Ethereum Classic. One of the most popular uses of Ether is to purchase shares in initial coin offerings (ICOs).

Ethereum vs. Bitcoin: Rather than simply mining Ethereum, miners must work to earn Ether. Another major difference between the two is how they use blockchain. Bitcoin uses blockchain to record immutable records of transactions, while Ethereum uses it to create decentralized computational platforms, which enable Distributed Applications (DApps) and smart contracts to be built and run without third-party interference, fraud, or downtime.

Want to know more about smart contracts and decentralized platforms? Here's a primer.

Overview: Originally known as Darkcoin, Dash (short for Digital Cash) launched in early 2014 as a "more secretive version of Bitcoin." Dash's primary use (much like Bitcoin) is as a cryptocurrency, with more than 1,400 merchants accepting it as a form of payment. Dash offers instant transactions (called InstantSend) and private transactions (PrivateSend). Dash powers these transactions through a two-tier network of nodes and Masternodes; as mining and transactions are powered by separate networks, transactions take only a few seconds.

Dash vs. Bitcoin: Considering its ambitions to be a primary form of currency, Dash aims to be both cheaper and faster than Bitcoin. (Patrick Gray, the founder and CEO of HashChain Technology, says Dash is "what Bitcoin should have been.") Unlike other cryptocurrencies on this list, Dash is not a fork of Bitcoin, but rather uses its own blockchain and mining system.

Overview: Ripple, which was launched in 2012, is one of the world's largest international payment networks. Offering cross-border payments in real time (and at lower costs), Ripple effectively eliminates the need for a third party (like Western Union) and allows currency exchanges in a matter of seconds. Ripple (both the platform and the currency) is accepted by banks, which offers a level of legitimacy that many other cryptocurrencies don't have. In a global transaction, both sides buy Ripple, then trade in Ripple to save on a currency exchange.

Ripple vs. Bitcoin: The platform is composed of 100 billion coins, all of which already exist. As such, Ripple's consensus ledger doesn't require mining, which makes it different from Bitcoin, which also means it needs far less computing power, and minimizes network latency. Rather than being an asset, Ripple aims to be a technology that empowers global trading. With that in mind, Ripple was designed to have a stable value, but that has yet to happen.

Overview: While Bitcoin aims to be private and secure, Monero aims to take that to the next level. After launching in 2014, Monero has set out to obscure the identities of every buyer and seller and every amount total, as well as the identities of its miners.

Monero vs. Bitcoin: While Bitcoin may be used to purchase things you might not want your name (or bank account) associated with, Monero has become a favorite cryptocurrency for criminals. This has led to other illicit activity, including embedding Monero's mining code into legitimate websites and apps. (North Korean hackers have also been accused of attacking crypto exchanges to steal Monero.) Unlike Bitcoin, Monero's design allows for an "unlimited" supply of coins, which makes it an inherently more risky investment than cryptocurrencies with limited supplies.

This is for information only: This is not a sponsored post. The point of this writing is to compare and contrast various popular cryptocurrencies with Bitcoin. I do not in any way endorse, nor am I suggesting that you should invest in or purchase, any of these cryptocurrencies. I have no financial interest in any of the cryptocurrencies listed herein. I am the author of this article and it expresses my own opinions. I am not, nor is my company, receiving compensation for this article.

Apple is getting into original content. Where does that leave advertisers?