But most marketers should invest in new ventures as an opportunity to expand—not replace—strong brands
READ THIS NEXT
Marketing in the metaverse—what science fiction can teach brands about Web3
Credit: Bloomberg

Two years ago, Facebook created a new FACEBOOK corporate brand to house its Facebook app alongside its other platform brands. It’s ironic that its new corporate name is replacing the meta Facebook-within-FACEBOOK strategy to make room for … meta ambitions.

Here’s why for Facebook—but likely few other brands—it might just be a savvy move:

More news from Ad Age
Microsoft’s own metaverse is coming, and it will have PowerPoint
Facebook selects Publicis Groupe's Spark Foundry as its media agency
Garett Sloane
McDonald’s leans into gaming with a Faze Clan 'Friendsgaming' event
Jon Springer

The most frequently assumed rationale is that a rebrand allows a company to compartmentalize associations holding them back and reset with a fresh brand. The creation of new brands to overcome crisis—e.g., Accenture or Altria—is not a new practice. However, the issue is that Facebook the app, with all its baggage, is not going away in this new model. Instead, this brand shift signals an intention to build anew: If we can’t reinvent our current brand, it’s time to create a new one.

Most sub-trillion-dollar brands, on the other hand, lack the capital and runway to fundamentally reset their corporate brand. A clean slate also means building brand awareness from square one. For many brands, it can be more agile and economical to incubate new ventures from within, drafting on existing equities to fuel new meaning. Take Goldman Sachs, whose brand reputation resonated less with a new generation of investors, so it demonstrated agility in the launch of Marcus. Endorsed by Goldman, fueled by its expertise and even named after its founder, Marcus enhances Goldman’s offering by creating new meaning within its existing corporate brand. So, most leaders should invest in new ventures as an opportunity to expand—not replace—strong brands.

A signal of diverse ambition

A new identity signals to the street that the company intends to move into new waters, ones where the existing Facebook brand couldn’t float. It’s a humble recognition of the legacy brand’s limitations, and it’s a signal that they are planning to hack more than a new feature; they’re planning to hack entire new categories. Alphabet enabled Google to branch beyond its narrow associations as a search and advertising brand into mobility, healthcare, and beyond. Similarly, a new name will help Facebook transcend “social media.”

Because most brands are so desperate to curry investor visibility, the notion of creating a new name that insulates Wall Street from the core business is antithetical. To pivot from a household-name ticker symbol to an unknown holding company, requires a stable of blue-chip brands. Alphabet has Google and YouTube, Diageo has Guinness and Smirnoff, P&G has Bounty and Tide. In other words, you can’t build the house before you have the brands to live in it. Most leaders should instead actively connect the equity they build with consumers more closely to the investor narrative.

Hacker culture has its pitfalls, when every new test-and-learn failure is attributed to the one and only brand. Rather than reassuring investors that missteps are part of the business model, a holding company model structured to launch new ventures can more credibly incorporate risk into its balance sheet. By shielding the core business from other new ventures, Facebook opens even more opportunity to live by its founding mantra.

But the point of the “failing fast” model is to ultimately find innovation success, channeling equity back to the parent brand. To birth new ventures into the wild is a much loftier ambition. Instead of rebranding the business, strong corporate brands launch new ventures and actively manage their brands with the intention of reining them in over time. IBM launched Watson as a distinct AI brand, only to channel its equity back into the parent brand as the new revenue engine matured. Instead, most leaders should embrace active brand management, so the value of innovation is value for the central brand.

Greater separation of leaders and consumers

Much as Google’s shift to Alphabet opened the door to broader set of leaders, including Sundar Pichai (Alphabet/Google), Susan Wojcicki (YouTube), Arthur Levinson (Calico), elevating Mark Zuckerberg to the helm of a new corporate brand gives each sub-brand greater freedom to individuate in culture, politics and leadership. It will be interesting to see if this new model elevates the profile of brand leaders and evolves beyond a founder-centric identity.

Contrast this logic with the ever-increasing trend of activist CEOs advancing their corporate brands by taking stronger voices on social issues. The Business Roundtable has seen leaders including Doug McMillon and Mary Barra step up their vocal stances on racial equity and environmental issues. Insulating Facebook from its founder is bucking the trend of the activist CEO in brand building. Most leaders should instead be finding more ways to step into the spotlight with meaningful commitments that deliver on brand purpose.

A brand for each universe

If the Facebook company launched a new metaverse, what social media platform would its denizens use? A meta-Facebook within Facebook’s metaverse just makes your head hurt.

If your company achieves the ability to contemplate its identity across concentric universes, then maybe it’s time to rethink your brand, too. 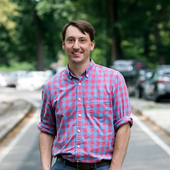