READ THIS NEXT
Opinion: Want stronger creative? Find the story in what you're selling
Kaepernick in his instantly-iconic (but not good enough?) Nike ad.
Credit: Nike

Believing in something even if it means sacrificing everything is a message with a purpose. Beyond being an embodiment of "Just do it," Colin Kaepernick's message is an inspiring call to action about the importance of standing up – or kneeling – for what you believe in. It's also brilliant marketing that co-opts the idea of rebellion to engage Nike's young and racially diverse customers.

This campaign is a great for Nike's business. However, by addressing the reasons why Kaepernick was kneeling in the first place – racist policing, unacceptably high rates of incarceration of African-Americans and economic exploitation, Nike would be even more successful. Nike also needs to eliminate labor rights violations in its factories and ensure zero tolerance for discrimination and the harassment of women.

The Bell's Let's Talk campaign is Canada's largest corporate initiative dedicated to mental health. Since 2010, the campaign has helped Canadians talk about mental health and provided organizations across the country with more than $93.4 million for access, care and research. According to the organization's web site, 87 percent of Canadians have reported that they are more aware of mental health issues since the campaign began.

There have been allegations that Let's Talk is a sales promotion rather than an effective program for people who are at high risk of mental illness: people without homes and with addictions, indigenous people and refugees. Ironically, investigations by national broadcaster CBC, have revealed stories of former and current Bell employees who allege that Bell's workplace is itself hazardous to mental health. Bell should align its resources to support those most likely to have mental illness issues and ensure that it is not contributing to mental illness among its employees.

Despite the examples of superficial responses to complex problems, today there is an expectation that businesses should be contributing to social change. Those that do will be seen as leaders and their companies will outperform their competitors.

Here are six new directions that can establish corporations as social change leaders.

The global wellness industry has recently released a Social Impact Manifesto that spells out the industry's commitment to helping solve global problems that have been identified as UN Sustainable Development Goals. Nike could pick an issue such as racist policing and commit to helping end this unacceptable practice.

Go to the frontlines

Today, being an effective corporate change-maker involves understanding what's needed from the point of view of those who are most in need. Recently I had the opportunity to see the work of organization in downtown Toronto called the West Neighbourhood House who provide important services to low income residents and new comers. They're not looking for big donations, all they need to improve their impact is a Crock Pot and plastic containers.

Businesses that advertise aggressively but do not operate in a responsible manner get targeted for "social washing". Genuinely doing the right thing generates valuable earned media because its authentic. Lululemon's Here to Be may not be widely known but it is an effective global program that is increasing access to yoga and meditation for people such as refugees and trauma survivor that face barriers to well-being.

Become a B Corp

Doing this involves passing a rigorous assessment of social and environmental performance. Danon North America passed and is now the largest B Corp in the world. There's no reason why corporations such as Nike and Bell can't do the same.

Corporations need to be more innovative but doing so is difficult within existing systems and risk constraints. That's why businesses establish external tech labs. This approach should also be adopted in the area of corporate social change either by specific businesses or industry groups. The Sustainable Food Lab is a good example.

Make a profit (in the right way)

Nike and Bell are making money using campaigns that are disguised as social change. Hindustan Unilever's Project Shakti is financially empowering rural women by providing a regular income stream for them and their families. The fact that Unilever is making a profit isn't an issue because they've also helped establish nearly 80,000 micro-entrepreneurs.

My advice: Have a social purpose and make real social change. 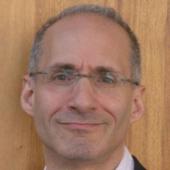 Paul Klein
Paul Klein is the president and founder of Impakt, a B Corp that helps corporations become social change leaders.
View all articles by this author