Or, how to fly in the face of an industry full of folks trying to become the next ​'creative legend'
READ THIS NEXT
How exceptional customer experience can scale revenue and increase consumer loyalty
Credit: iStock

One year ago, Forsman & Bodenfors merged with KBS, folding an intensely New York agency into an intensely Swedish one. There were superficial changes. For example, conference rooms that were once named after a bunch of old SoHo nightclubs (that were annihilated by gentrification) are now named after a bunch of old Abba songs (still annihilating eardrums). On a deeper level, it’s meant that we’ve moved to a flatter, less hierarchical structure. My colleague calls it “socialist adjacent.” I prefer “anarchic catty-corner.” Either way, it’s fun.

One of the biggest changes is that we no longer work under a chief creative officer. Though the Swedish offices have always operated this way, it’s an approach to work that flies in the face of an industry full of people who are constantly trying to become known as a “​creative legend.”​

Instead of a chief creative, there are five of us who lead and guide creative together in New York. This has changed everything about how we work.

Here are eight observations from the past year:

Everyone is more empowered and accountable.​ Without layers upon layers of roles, we can give our employees and teams the freedom and responsibility to go from soup to nuts. There are no bake-offs in which teams compete for assignments and win on the (possibly thin) merits of having written a funny script. And there’s no throwing bodies at problems. If you’re on the brief, it’s up to you to figure it out.

We can be faster and more iterative. In a CCO-less environment,​ ​employees can use their time better. They aren’t waiting around for approval—or detonation—from on-high. As for us creative leads, the message is clear: If you’re not in the work, get out of the way.

No appeals to ego. ​We’re not trying to strike a specific person’s funny bone or, worse, fish for some unwritten, unimagined joke from his or her mental laugh factory. Likewise, we’re not waiting for that person to be a hero and save the day. Everyone serves the task.

Better discussions about work.​ In lieu of getting approval on work from a chief creative, everyone is required to show their work to people outside their team. We call this collective body of knowledge “The Floor,” and it’s a great way to get input from people with a variety of worldviews and experiences. Their feedback doesn’t come from the standpoint of a specific ad agency discipline, but from the standpoint of a human on Earth in 2019.

More voices are heard. ​With no chief creative officer,​ ​there’s no one to suck the oxygen out of the room. That’s liberating—and it also revealed a need to populate the agency with louder voices and stronger perspectives. This attitude is something we now actively sniff out in interviews.

Titles don’t make you a leader.​ Every day, everyone at the company demonstrates leadership qualities by giving advice and support, setting examples and making decisions—whether or not they are technically in a leadership role.

A house style is not having a house style.​ We’re not trying to make a particular kind of work. We’re just trying to figure out what makes sense for each individual challenge.

Local offices are truly empowered.​ Each of our offices is able to make these ways of working their own—they’re free to tweak, edit, refine or reimagine the approach as they see fit. That’s 600 people working together to make the work as good as possible.

I don’t pretend for a moment that the rest of the industry is going to abolish the chief creative officer role. I also can’t pretend that our way of working is perfect. However, I would humbly suggest that any agency or creative company find ways to do more to assure that more voices are heard as part of the creative process. So that advertising as a business becomes a little less top-down and a little more collaborative and inclusive of different viewpoints.

That can only be a good thing, regardless of structure.

Find out what marketers need to know about the producing and sharing content right now: Hear from Vox, The Wall Street Journal, The New York Times, Meredith, Hearst, Essence, Complex, Condé Nast and more on Nov. 14 in Manhattan at Ad Age Next: Publishing—a must-attend half-day conference for anyone looking to make sense of the changing media landscape. Recent Ad Age Next events have sold out; register today. 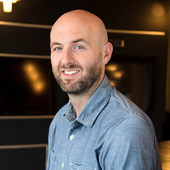 Matt Creamer is a Creative at Forsman & Bodenfors New York.