The Acquisition of Musical.ly Is Either Ridiculously Expensive or Insanely Cheap | Ad Age
Skip to main content
Sign In Register

The Acquisition of Musical.ly Is Either Ridiculously Expensive or Insanely Cheap

Last Friday, it was reported that Chinese company Bytedance is acquiring social video app Musical.ly for $800 million to $1 billion.

Musical.ly is an app that lets users upload short-form music videos, with reported users ranging from 60 million (TechCrunch) to 200 million (Digiday). Musical.ly has been on my radar as an up-and-comer with potential for being the next Snapchat or Vine. Ask anyone who knows a tween with a smartphone and chances are, they love Musical.ly. So the acquisition news is not a surprise in a space where companies like Facebook often buy or copy their competition.

What caught my attention was the valuation. Musical.ly is not in the same consideration set as Facebook, Instagram, Twitter and YouTube. On the face of it, this acquisition seems expensive, and my first thought was how crazy that price was.

Historical data can provide some context, so I turned to large-scale acquisitions in or near this space over the last decade. Six bubbled to the top:Google acquires YouTube in 2006; Facebook acquires Instagram in 2012; Yahoo acquires Tumblr in 2013; Facebook acquires WhatsApp in 2014; Amazon acquires Twitch in 2014; and Verizon aquires Yahoo in 2017.

Media platforms have two main monetization tools to drive revenue. The first is ad-supported. The second is some sort of subscriber model that pays for access to premium content or other features. YouTube, for example, does both. Regardless of model, the metric that matters is active users. Active users at scale equals reach for marketers and significant subscriber revenue opportunities.

So, among other reasons, acquisitions are often done for those active users, and for the potential of what the platform can become. Verizon acquiring Yahoo is a good case study of the former, while Google acquiring YouTube is the latter.

Is Bytedance overpaying? Based on publicly reported data at the time of acquisitions, crunching the numbers yields the following result:

This comparison is inherently a little tricky as it is based on publicly reported numbers. Because Musical.ly's user numbers vary in the press, our best-case scenario is to look at a range.

If Bytedance can scale Musical.ly further and monetize its audience, this may turn out to be quite the acquisition.

It matters how much a company pays. Acquisitions of hot start-ups are notoriously tricky and overpaying diminishes ROI potential. See Flickr or Broadcast.com, both acquired by Yahoo.

Growth potential is everything. The concept of the platform matters, as does the functionality and strategy behind growth, and the ability for the acquirer to nurture.

Monetization via advertising plays a significant role in this ecosystem. Without advertising, revenue growth is more difficult.

Todd Lombardo is a digital strategist and editor at Mistress Agency. 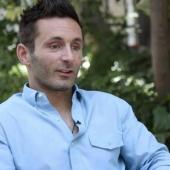 Todd Lombardo
Todd Lombardo is a digital strategist and editor at Mistress.
Follow View all articles by this author