What Brands Need to Know to Keep Up With the Fast-Changing Payment Habits of Chinese Consumers
READ THIS NEXT
Why ‘multicultural market’ is inaccurate—three ways to replace it
Mobile payments are already huge in China.
Credit: Tomohiro Ohsumi/Bloomberg

China has, until very recently, been a predominantly cash market. Despite the largest denomination of banknote being a meager 100RMB (about US$15), shoppers would still choose to make large payments with thick stacks of bills. Unsurprisingly, over the past few years China has been one of the fastest countries to ditch cash in favor of alternative payments. The mobile payments sector in particular has seen huge developments and widespread adoption among consumers.

Although Alipay is still the dominant player in the market, WeChat payment continues to wrestle more market share off the incumbent, given the wide use of WeChat as a social media platform in China. For brands catering to Chinese consumers, whether at home or overseas, Alipay and WeChat payment are the two main mobile payment players to watch and understand; their intense competition is driving innovation and new consumer habits.

The most striking feature of the shift from cash is the speed in which young, digital-savvy consumers have leap-frogged credit cards to embrace mobile payments. Living in a fast-moving economy, Chinese consumers have proven themselves to be early adopters of disruptive new technologies. Consumers are increasingly comfortable using their mobile devices to help manage all aspects of their lives. In addition to simply buying goods online, Alipay and WeChat allow users to pay at restaurants and convenience stores, shop online, and even pay parking fines and utility bills.

On the merchant side, many international brands and retailers have been looking for ways to adopt these new payment platforms. Many U.S. players already accept Alipay on their e-commerce sites, including Bloomingdale's, Macy's and Ann Taylor. A few forward-thinking movers in the online retail space have also adopted WeChat payment on their sites, such as luxury retailer Ashford and beauty shop Lookfantastic.

Along with its payment capabilities, WeChat is an effective customer relationship management tool in the Chinese market. Email failed to take off as a major communication vehicle in China, and hence email marketing is perennially ineffective. Conversely, WeChat's messaging system and customer data capture capabilities have become a powerful replacement. Followers of a brand can be tagged in the back end of the platform according to gender or geographical location, content and product preferences, all of which allows for highly targeted and personalized messaging.

The payment and in-app ecommerce capabilities mean international companies need to start thinking about it as more than just a marketing channel. Due to its many uses, WeChat is akin to a powerful "lifestyle app" in China, rather than a straightforward social platform. If a brand is to succeed in China, its strategy needs to take the capabilities of this multi-faceted platform into account.

Beyond accepting Alipay and WeChat on a brand's online store, the next step is accepting them in brick-and-mortar stores internationally, as many shops in China already accept mobile payments from one or both providers. The total spend of China's outbound tourists reached $498 billion in 2014, according to China Confidential, the Financial Times' research service. The vast majority of that sum is currently made in large cash payments or via China's Unionpay payment cards, which are not accepted universally. Stories abound of Chinese tourists targeted by pickpockets because of the large volumes of cash they carry; on that front, a user-friendly mobile-based payment system confers significant security benefits.

Overseas, Chinese customers will increasingly expect the option of paying with their phones when making purchases in cities such as New York and London. While the customers will make these payments in Chinese renminbi, the merchant will receive the funds almost instantaneously, and in their own currency.

WeChat is beginning to offer a point-of-sale, or POS, service to international retailers that will make this kind of transaction a reality. If successful, an international Alipay POS service would most likely not be far behind.

Finally, Apple Pay is investigating launching in China. If successful, it could potentially offer a rival international payment service. Apple Pay hs already hired key staff from Alibaba and are registered as a legal entity in the Shanghai free-trade zone – a clear indication of intent. As things stand, Apple Pay still has to win approval from regulators before launching, however this has become more likely since June 2015, when foreign companies were granted rights to apply for licenses to operate in the payments market.

Once launched, Apple Pay will have a fight on its hands if it wants to gain a significant market share in China. Alipay and WeChat payment both have a strong first-mover advantage, and are much better placed to respond and react to the unique marketing and regulatory environment in China.

As with much of the Chinese digital landscape, the mobile payments sector is still dominated by the big domestic players in the market, WeChat (owned by Tencent) and Alipay (owned by Alibaba). A comprehensive digital payments strategy for China needs to involve one or both of these companies and can, especially in the case of WeChat, tie in with social and other CRM/marketing tools to deliver powerful user data.

When implemented correctly, a comprehensive strategy should align with the natural mobile usage habits of Chinese shoppers. It should integrate seamlessly with both shoppers' lives and the commercial goals of the brand. Brands need to keep up with the needs of Chinese consumers in order to compete in a market where the tools and trends are evolving – arguably much quicker than their Western counterparts. 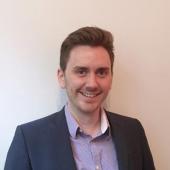 Why ‘multicultural market’ is inaccurate—three ways to replace it