Vaccine initiatives might learn from the role local media played in electing Joe Biden
READ THIS NEXT
How narrative marketing makes brands more valuable—5 ways to put consumers at the center of your story
Credit: Biden Presidential Campaign

The nation’s COVID-19 vaccination efforts have taken on a greater sense of urgency as the delta variant creates new surges in infections. Despite the Centers for Disease Control accelerating efforts to educate the unvaccinated with efforts that toggle between the carrot (cash incentives) and the stick (mask mandates), only approximately half the country is vaccinated. To reach the holdouts, private and public sector vaccine initiatives might learn from the political advertising playbook—namely, how local media helped to elect President Joe Biden.

As the Biden campaign proved, a local media approach, featuring local cable TV as a robust incremental reach multiplier, can deliver target audiences that could be missing otherwise. There are many different local media targeting tools in the kit box ranging from direct audience targeting to geo/zone targeting. Different contexts dictate different approaches.

Political campaigns have traditionally focused on broad-reach vehicles like news and top viewership cable networks. But the Biden campaign took a more audience-first approach toward motivating voter turnout to secure votes in critical swing states. Working with the team at Ampersand, the campaign matched a voter file to aggregated set-top-box household data in a privacy-compliant manner. The campaign deployed a quilt of long tail networks, delivering hard-to-reach voters at scale on efficiently priced networks.

According to Chris Huttman, head media buyer and strategist at Media Buying and Analytics for the Joe Biden for President Campaign, “incorporating these additional networks with a range of CPMs allowed our spots to show in places other candidates weren’t spending, while hitting the audiences we needed. This validated that we could buy 10x the impressions for the same investment levels.”

This efficiently allowed the campaign to put resources into additional areas of paid media to effectively extend its reach. The Phoenix, Arizona DMA was a textbook example of this multiplier effect. Adding local cable to the local broadcast investment delivered a 15.4% increase in incremental reach with an average cost-per-incremental reach three times lower than a broadcast only buy.

If the COVID-19 vaccination campaign can adopt that same local mindset, it could employ a more sophisticated, precise targeting framework that applies geographical/zone targeting, combined with audience targeting, to identify and deliver messages across relevant networks. Not only is it cost-effective, it will allow campaigns to pinpoint the unvaccinated and reach them on trusted channels they choose in the comfort of their own homes.

Social commentator Marshall McLuhan became famous in the 1960s for declaring the “message is the medium.” While that may have been true in his day, the relentless fragmentation of media has made channel mix and selection as critical as the message. The best antidote to fragmentation is data that facilitates ascertaining where and what your target audience is consuming. This dedication to precision is what breaks through the chaos and delivers an efficient message.

Local media is a reliable way to counter misinformation. While it’s smart for pro-vaccine efforts from both the public and private sectors to enlist popular social media influencers like TikTok stars to combat misinformation, buying traditional local cable and broadcast in a data-driven manner can also perform a huge public service. TV ad creative can be dynamically customized on a location-by-location basis with specific calls-to-action tailored to each locale to optimize the ad’s potential to engage and resonate with targets.

Public advocacy campaigns have a long history of employing local paid media for persuasion. It can reach key decision makers, influencing if they pass or defeat key legislation such as the current infrastructure bill. In the fight to mitigate the pandemic, local cable should be an important component to deliver a message on trusted, relevant networks to educate pockets of Americans hesitant to get the vaccine. This is a tried-and-true playbook followed by many winning campaigns both big and small across the country.

The weeks and months ahead are critical as we redouble efforts to finally get the pandemic under control. Local cable TV should play a pivotal role in achieving that objective. 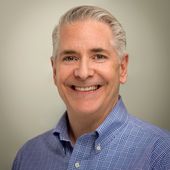 Jeff Haigney is senior VP of political sales at Ampersand

Why 50+ consumers matter to food marketers

Surviving a recession—how brands can drive growth during a downturn