Web 3.0 will alter every aspect of how we work, buy and sell, communicate and entertain, writes MediaLink's Michael Kassan
READ THIS NEXT
ESG advertising demands more than mere legal compliance

Still from Meta presentation on the metaverse's possibilities

Over the past few years, our industry has endured a remarkable amount of change. IMHO, compared to what the next five years will bring, 2021 is going to seem calm.

That’s because we are on the verge of a tectonic shift in how the fundamentals of our business operate.

This shift toward “Web 3.0” promises to be as profound a change as we saw more than 20 years ago, when the consumer internet exploded and the digital marketing and media businesses were born.

Based on my experience from that period, my advice to marketers and media executives is to stay ahead in order to keep up, because this change won’t be about learning a fast-growing new channel or tactic. This will alter every aspect of how we work, buy and sell things, communicate, entertain ourselves—even the very concept of ownership.

This will require reimagining the internet at its very core. It’s understandable that concepts like the blockchain and the metaverse and new digital currencies seem far off in our quarter-by-quarter world. But I can’t help but think back a few decades. We went from the dotcom crash to the emergence of Google, Facebook, Netflix and the iPhone in the blink of an eye. The companies that invested early enjoyed a wealth of first-mover advantages, while many others played catch-up for years.

Based on what I’m learning from both conversations and demonstrations from some of the most visionary executives I know (folks like venture capitalists Fred Wilson and Matthew Ball), I’m certain this change is coming faster than you think—and it will be seismic.

If nothing else, just follow the money. Leading venture capitalists, as well as tens of titans such as Snap, Tencent, Microsoft and Facebook (now known as Meta) are pumping billions into what they see will become a new computing platform that bridges the real and the virtual.

Already, tens of millions log on to platforms like Roblox and Epic Games’ Fortnite every day—yes, to play games, but also to create, trade, buy, sell and socialize. They are just scratching the surface of what Web 3.0 can be. It won’t be yet another new place to advertise, but rather something that warrants an entirely new blueprint for what it is we do.

Here are some of the big issues CMOs and CEOs should be thinking about:

Twenty years ago, we saw the proliferation of interactive ad agencies, search shops, and mobile specialists. It made sense to compartmentalize digital media, until it didn’t. Web 3.0 is not something that companies can leave to a few specialists or put to the side. Leaders need to ensure that these skills and knowledge permeate an organization from the get-go, so the entire company is poised to capitalize once the metaverse takes hold in society and business.

While Web 3.0 is often described as a platform being incubated in Silicon Valley, if the past decade has taught us anything, it’s that technology only goes so far without the most innovative storytellers. Media companies (and yes, brands) should play an instrumental role crafting what it is we will all do in the metaverse. So get started developing best practices in areas like AR, VR and virtual games—today.

At the same time, just as we saw in social media and video platforms like YouTube and Twitch, I’d expect we’ll see a whole new crop of companies and creators emerge who specialize in building this new world. It's incumbent upon marketers and media companies to forge alliances early on and figure out where best to invest.

Over the past few years, we’ve seen how consumers and regulators have responded to advertising that has gone too far in infringing on privacy, leading to a sometimes painful unwinding. At the same time we’ve seen marketers unwittingly play a part in funding misinformation, hate speech and other Web 2.0 ills. Web 3.0 promises to be even more intimate and potentially more vulnerable to these issues. Thus, the industry needs to come together to establish a set of common standards and methodologies so that we can avoid the mistakes we’ve made in digital media. It’s vital that we play a leading role in maintaining a sense of humanity, creativity and purpose.

To be sure, there are a host of major issues to grapple with and contemplate over the next few years. None of this is easy.

\At the same time, we should also pause to appreciate what an enviable opportunity we are all being presented with. Over the past two decades, so many of us have contributed toward building an industry from the ground up that enabled so many new businesses to thrive.

Now, we get to do it again, but on a much grander scale, filled with nearly limitless possibilities. 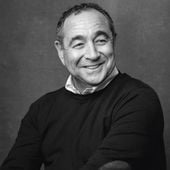 Michael E. Kassan is chairman and CEO of MediaLink