Apps are the right channel for advertisers to focus on in 2021 and beyond
READ THIS NEXT
Mental health for creative agencies—5 ways leaders can protect and support their teams
Credit: iStock

As we predict what consumer behavior will look like in a post-pandemic world, one thing is clear: When it comes to mobile, there’s no going back. Year-over-year, time spent on mobile went up 20% to hit 4.2 hours daily. That’s half a workday or two full-length movies or 1.5 NFL games—including commercials, of course.

All of this time spent in apps isn’t driven by Gen Z’s countless hours on TikTok or millennials shopping on Amazon, as you might expect. In fact, in-app time spent by Gen-X and Boomers increased 30%—more than double the rate of younger generations.

In a post-COVID world, are consumers going to stop ordering groceries with Instacart? Switch back to broadcast TV after going all-in with on-demand streaming? Suddenly end their obsession with Mario Kart Tour?

More Ad Age News
How marketers are responding to surging AAPI hate crimes: A live blog
Ad Age Staff
How an ad collector paid $2 for a Pringles NFT, and sold it for close to $1,500
Garett Sloane
How brands should think about representation of Black women in creative
Jeanine Poggi

Apps had a hyper-growth year out of necessity. But they are now habits—and habits are tough to break.

Here are the three mobile marketing principles to benefit from those new(ish) consumer habits in 2021 and beyond:

In fairly short order, we’ve seen traditional methods of targeting in digital advertising turned upside down as Google deprecated the third-party cookie and, most importantly for mobile, Apple made privacy moves that will drastically reduce mobile identifiers. Some stakeholders are scrambling to find new ways to follow users through alternative tracking, but they’re wasting their time.

Stop thinking about targeting as a function of identity and think of it as its own thing. Contextual targeting served us well for decades, and for good reason: It’s efficient and scalable. Understand where your audience is consuming content—In social media apps? Casual games? Hyper casual games?—and buy media on those specific channels.

Find your audience within app categories

Live broadcast TV has been the traditional, safe way to reach "everyone” (more than 80% of the U.S. population). Now, mobile gaming—just one category of mobile apps—reaches the same number. That’s a massive audience and it's not "either-or," it's "yes-and": 40% of all users and 50% of mobile gamers play games while watching TV.

With the diversity of channels and shows, do your due diligence and find the best content to advertise alongside. You wouldn’t say, "I’m going to buy media 'on TV'.” You’d go to the upfronts armed with knowledge about your target audience and match it against theirs. The same goes for mobile apps. Think about the difference between who’s on "Entertainment Tonight" and who’s on The New York Times app. Who's on TikTok vs. Pinterest.

Now consider “Among Us,” the No. 1 breakout app of 2020 with 60 million daily active players. As a multiplayer social deduction game, it’s a wildly different experience than a racing game such as Join Clash 3D or a knot puzzle game such as Tangle Master 3D.

Additionally, both of those latter games, which are in the top 3 for downloads, didn’t even appear in the top 5 for time spent. Roblox, PokemonGo, Call of Duty and PUBG Mobile were the most captivating, drawing users in for hours of gameplay. Context matters.

Your ad campaigns within app categories such as trivia, puzzle and word games will be a far cry from those in simulation and education, and also wildly different from action and shooter games. To succeed, you must treat each sub-genre within gaming as you would a TV channel or genre of programming. You’d be surprised how many advertisers come to us with blanket statements like, “Run some ads in the most popular games!”

Exceed the new standard for brand safety and creative execution

Gone are the days when the mobile app ecosystem was the Wild West of digital marketing, where anything goes. Brands are 100% responsible for where their ad impressions run. Consumers aren’t as forgiving as they used to be, and it’s up to advertisers to make sure they stay within brand-safe environments.

It’s not just content, it’s also about the experience. Interruptive ads are a big “no” for most consumers; they remember who’s interrupting their favorite game.

Standards for mobile ad creative have changed, too; they need to be both entertaining and functional. Today’s mobile users expect high-quality, relevant messaging and seamless engagement and conversion experiences. The trend coming from China, for instance, of shoppable livestreams hosted by social media influencers, is being adopted by retail brands from Walmart to Nordstrom. Mobile consumers expect to be able to quickly make purchases directly from entertainment content, with “tap to buy” as the call to action. Product discovery from mobile ads is at an all-time high, with 21% of users doing so in the past month.

Context is king. With apps now firmly entrenched in the daily lifestyle of consumers across all demographics, advertisers can feel confident they are the right channel to focus on in 2021 and beyond. Many brands took notice last year—and benefited—but there’s always time to get your strategies in line. 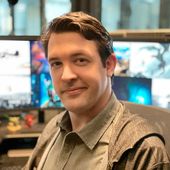 Why 50+ consumers matter to food marketers