Opinion: 5 data-backed axioms for successfully leading your brand through a recession | Ad Age
Skip to main content
Sign In Register

Opinion: 5 data-backed axioms for successfully leading your brand through a recession

100 years of data and case studies point unequivocally to one fact: Advertising through a recession is better for your long-term brand health
READ THIS NEXT
It’s time to treat media salespeople with respect
Credit: iStock

With skyrocketing unemployment rates and massive closures across all sectors of commerce, the COVID-19 pandemic has prompted a unique and instantaneous global economic downturn whose implications touch nearly every brand in the world. In the face of such a sudden turn of events—particularly after an extended stretch of market prosperity and increased consumer spending—many brand leaders have questioned whether they should continue to invest in advertising during this time of uncertainty. In fact, about 80 percent of brands are planning to reduce their media budget for the rest of the year, with more than half expect to cut spend by more than 20 percent.

For some companies, there’s simply no choice but to go dark or make cutbacks right now, as realities of the pandemic make doing business impossible. But for many brands, now is a time of strategic decision-making. While belt-tightening in the face of a dramatic market reversal is an understandable reaction, 100 years of data and brand case studies point unequivocally to one fact: Advertising through a recession is better for your long-term brand health. In fact, numerous studies by independent academic scholars and financial analysts have found that brands that increase their ad budgets during an economic downturn grow sales much faster than their competitors—both during the downturn and beyond it.

Although a pandemic affects businesses and the economy in different ways than a traditional financial crisis, the nature of this crisis does not change the fundamental principles of marketing and consumer behavior; a company’s sales, revenue and profitability are directly correlated to the long-established relationship between share of voice (SOV) and share of market (SOM). The brands that emerge as leaders on the other side of this economic downturn will be the ones that embrace the following well-researched, well-tested principles.

Historical evidence demonstrates that going dark or significantly cutting your advertising spend during an economic downturn will not only result in more pronounced short-term losses, but it’ll also be a more expensive recovery for your brand post-recession. Relevant examples span back to the 1920s, when companies that decreased their advertising spend saw sales decline both during the recession and then for the following three years. This was the first in a series of proof points over the last 100 years to show the ability of advertising to drive outcomes both during and after a recession.

Advertising during a recession is for the recovery afterwards

An economic downturn offers savvy marketers an opportunity to maintain their share of voice to avoid a prolonged and expensive recovery. Furthermore, brands that achieve an excess share of voice (ESOV) relative to their competitors will be able to drive even greater sales, especially as the recovery unfolds.

In the early 1990s, professor John Philip Jones analyzed the relationship between SOV and SOM and found there’s a clear correlation between the two. This is also substantiated by Millward Brown tracking data, which indicates a brand is most likely to gain market share when its SOV increases and is higher than its current share of market. In other words, brands that take the opportunity in an economic downturn to outspend their competitors and increase SOV will quickly see that excess share of voice translates to higher market share.

Perhaps marketing and branding consultant Mark Ritson said it best: “The gangster move in a recession is not just to maintain the budget but actually increase ad spend. That sounds like a lunatic move until you understand ESOV and the dynamics of long-term brand building.”

Achieving ESOV and translating it to increased market share requires a brand to stay vigilant and keep a watchful eye on its competitors to determine the investment needed to maintain or grow share of voice. Also, keep in mind that maintaining SOV does not necessarily mean maintaining your current budget. Many advertisers cut their budgets during a recession, presenting the opportunity to preserve your position for a lower overall investment (although Ritson might declare this to be a less “gangster” approach than increasing spend). The key is to actively monitor your competitors’ strategies and expenditures.

Recessions can be an opportunity for expansion and growth

If your competitors pull back spending and the market becomes less saturated with competing messages, advertisers can seize the opportunity to distinguish their brands in the minds of consumers. In fact, it’s from these economic downturns that new brand category leaders emerge.

Messaging should evolve to be right for the time

Of course, maintained or increased ad spend during a recession needs to be reflective of the larger economic climate. A recent VAB study found that consumer perceptions of companies are positively affected when they choose to share COVID-19-related advertising messages. In addition, companies that show an authentic commitment to community during this time will likely increase purchase intent.

Creative should align with evolving customer needs and current consumer sentiments through more compassionate brand-building efforts rather than strictly incentive-based promotional activity. Mastercard CMO Raja Rajamannar got it right when he noted, “The brand has to be visible. We cannot go dark. But the time is not to sell, this is a time to serve. This is a time to enable and not be opportunistic.”

Nearly 100 years of evidence demonstrates that brands that guide their marketing decisions according to the above principles in the coming months will be rewarded with increased market share on the other side of the current economic crisis—and perhaps sooner than they think. According to a recent report from Goldman Sachs, bear markets recover quicker after an adverse event than cyclical ones or those caused by underlying structural issues in the economy. Globally, the International Monetary Fund currently expects a rather swift recovery after COVID-19 contraction. With these expectations in mind, the real question becomes this: Will your brand be well-positioned to reap the long-term rewards of the rebound? 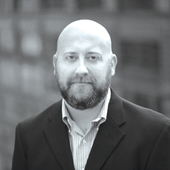