Opinion: H&M shouldn’t have to lend suits for people to get jobs | Ad Age
Skip to main content
Sign In Register

Opinion: H&M shouldn’t have to lend suits for people to get jobs

Value people for their work and not their wardrobe
READ THIS NEXT
Violence against Asian Americans—how the advertising industry can fight the hate
Credit: iStock

My first year at Winston-Salem State University, an HBCU in North Carolina that encourages students to “enter to learn and depart to serve,” my peers and I were gifted ties. Over the next four years, we prepared for a transition into the “professional world” where we’d put our newfound knowledge, experiences (and ties) to the test.

By the time I graduated, I felt lucky. I had everything I needed to go out there, nail an interview and seamlessly join the ranks of corporate America and “office culture.”

But unfortunately, that’s not the case for everyone.

That’s something I was reminded of when H&M announced that it would offer a free 24-hour suit rental service to young men in an effort to help them with job interviews. Following a year where millions of people lost their jobs, it is a thoughtful initiative from the brand.

But when I really thought about it, it made me pretty uncomfortable. In 2021, after more than a year of tangible proof that employees can work just as efficiently in sweatpants from their couch as they can in an office, wearing a suit is still being used as an indicator of worthiness for a job. This campaign sheds light on the fact that those standards remain unchecked despite the very well-known barriers to access, diversity, equity and inclusion.

Now, this isn’t all on H&M. Sure, they could have used their catalog and resources to create a campaign that redefined standards of professionalism and attire in the workplace, but they ultimately just wanted to help people get jobs. However, this is a call to put in the work to reshape the culture that perpetuates inaccessible, outdated and unfair standards of professionalism by business executives and those making hiring decisions.

So, if your implicit bias allows you to still believe that a suit and tie represent a higher level of performance or worthiness, here are some things to consider:

Understand where modern ideas of professionalism come from

“Professionalism” and office culture are codes for white culture, and the standard of suits and ties speak directly to colonization and assimilation. I appreciate the lessons I learned at my beloved alma-mater about professionalism and the process of getting a job. But I also learned there that my performance and attire are not mutually exclusive.

Now as a Black working professional, artist and entrepreneur, I realize these standards and thoughts directly prevent access to not just jobs, but entire sectors of industry, for many people of color.

Even expectations of being clean shaven and perfectly groomed are non-inclusive and exclusionary due to the lack of products and services offered in the market to address the nuances of black hair and skin. So, what’s the lesson? There are countless layers that factor into appearances, style and grooming, but none of them are indicators of whether or not a person is capable of performing a job—and when we’re telling young people to “dress for success,” we’re demonstrating that their clothes are more important than their minds and skills.

Think about how your dress code impacts productivity and inclusion

Even after you get a job, the idea of day-to-day office attire in the weird purgatory of “business casual” can cause anxiety daily. Being forced to adapt to a certain culture or environment—in this case, “professional” culture—is a form of code switching, and code switching is an enemy of creativity, productivity and freedom.

Constantly having to second guess whether or not you look the part at work drains energy for the tasks at hand, which can lead to burnout, anxiety and lack of performance. Not to mention, a narrow definition of what constitutes professional clothing can result in microaggressions, which results in an uncomfortable or even toxic work environment.

When I was working my first job out of college at Coca-Cola, I wore the 2012 Electrolime Nike Air Foamposites on a casual Friday with a collared shirt, and the number of comments I received about my “interesting shoes” had me wondering if I made a professional mistake. And you can bet that’s where my mind was for most of the day.

Loosen up and take a hint

Look, if the US military can adjust its famously strict grooming and appearance standards, what makes anyone else feel that they can’t? The ability to think flexibly and not be chained down by rigid concepts and dated structures is the sign of a great leadership.

If you are still clinging to certain dress requirements only because you think your clients or new business prospects want to see account guys show up in suits, why not focus on doing business with clients who have aligned values? As employers and leaders who shape culture, it’s our responsibility to create meaningful and inclusive workplaces where people are valued for who they are and how they work, not what’s in their closet.

I applaud H&M for wanting to get involved with getting people back into the workforce. However, as the world changes, it’s time to think about the future that we want to create and open up the aperture a bit. They sell more than suits, and there are so many ways to look good and prepared, so it would have been great to see messaging that reflects that. In 2021 nothing should prevent anybody from getting a job other than not being qualified. 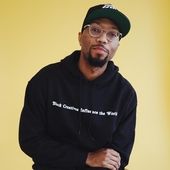