Opinion: How to support the LGBTQ+ community through storytelling | Ad Age
Skip to main content
Sign In Register

Brands can learn from past examples to develop authentic creative that is fresh and genuine
READ THIS NEXT
Employee trust—4 ways to maintain progress made during the pandemic
Credit: iStock

With attention focused on equal rights for the LGBTQ+ community—punctuated by the Supreme Court's June 15 ruling that the 1964 Civil Rights Act protects gay, lesbian and transgender employees from discrimination based on sex—it’s no wonder that brands are showcasing how much they care about diversity and inclusion.

Consumers, especially younger ones, want brands to work for racial and social justice. According to a Google Consumer Survey, more than 45 percent of consumers under 34 years old are more likely to do repeat business with an LGBT-friendly brand. Of those, more than 54 percent also say they'd choose an equality-focused brand over a competitor. In addition, Gen Z—an increasingly difficult market for advertisers to connect with—often see diversity as an asset. According to Facebook IQ, 71 percent of Gen Z wants more diversity in advertising, but only 45 percent feel represented in the ads they see when it comes to diversity.

LGBTQ+ themes have made it into pop culture, movies and television, while companies are showing their solidarity with the Pride movement through high-profile campaigns, merchandise and more.

In recent years, however, advertisers have been accused of insincere “rainbow washing”: 72 percent of the LGBTQ+ community believes their representation in advertising is tokenistic. In a world where authenticity is increasingly important to consumers, brands and advertisers need to show support for the LGBTQ+ movement in a way that leads to real change.

A good way to begin is by learning from past examples to develop authentic creative and challenge the norms to create content that is fresh and genuine.

Earlier this year, Starbucks released the #whatsyourname ad campaign, which included the story of a young transgender man, James, experiencing situations when his "deadname" of Jemma—his name before he transitioned—was used during a doctor's appointment, when receiving a package and when meeting his father’s old friends. At the end of the ad, he gives his name to a Starbucks barista who writes "James" on the cup.

It’s an experience many trans people will find familiar. The ad not only resonated with people who praised it on Twitter but won UK’s Channel 4 Diversity in Advertising award. In addition, Starbucks raised more than 100,000 pounds for the trans kids charity Mermaids.

The #whatsyourname ad campaign challenged the lack of representation of LGBTQ+ people in advertising, and focused more on storytelling than brand positioning; Starbucks was revealed only at the end. By incorporating strong storytelling elements into the ad, and engaging with audiences through words and images that depict underrepresented communities while celebrating diversity and inclusion, Starbucks was able to achieve authenticity and acknowledge the LGBTQ+ audience’s need for representation.

By incorporating strong storytelling elements into a video ad campaign, targeting campaigns to audiences through over-the-top (OTT) video advertising and developing creative geared toward connected TV (CTV) audiences, brands can connect with the target communities in a powerful way.

With more people staying at home as a result of COVID-19, even larger populations are turning to TV (and from linear to OTT/CTV). Nielsen calculated an 85 percent increase in the amount of media watched in the first three weeks of March 2020, compared to March 2019.

Seventy-six percent of U.S. households had OTT video service subscriptions, compared to just 62 percent with traditional pay-TV services, as of the end of March 2020, according to Parks Associates.

If your brand wants to support the LGBTQ+ community in a meaningful way, consider what message you want to share, how to best tell a story that will resonate and how to reach the right audiences in today’s evolving media landscape. 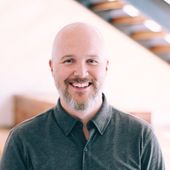