Squinting down the barrel of 2021, we see that over-optimizing for new stuff is almost always the wrong choice
READ THIS NEXT
ESG advertising demands more than mere legal compliance
Credit: Vincent Wachowiak/Unsplash

For the last 20 years, everyone in advertising has had a lot to say about innovation. Mainly: Innovation is good, so please pay up to ensure that you are innovating with sufficient vigor, lest you be left behind. For a fuller history of innovation and marketing, Google the phrase “Innovate Or Die,” consume 2 to 4 milligrams of Valium and spend a few hours luxuriating in the results.

Of course, innovation has been good. The first iPhone was released in 2007 and pretty abruptly an entire generation stopped caring about TV, a medium that held sturdy global dominance for more than half a century. Since 2010, hours spent watching pay TV has declined a stunning 64% for ages 12-17 (and even when they’re watching TV, they’re looking at their phones).

Rethinking the fundamentals of how to market to people who are no longer consuming the drink you’ve been spiking for 50 years has been painful for many incumbent agencies, and extremely fun and rewarding for those of us who got into the game following the mobile boom.

We’ve all been reacting to something that was true for most of the last decade: The newest thing was probably very important, and we obsessively optimized accordingly. Every time a major social platform made any adjustment—to its algorithm, to its paid media back-end functionality, to the aspect ratio of images users could share—we were there, furiously drafting white papers, Slacking at midnight, figuring out how to shoot vertical video that looked good, but not too good.

We did this because it worked. When platforms reaching hundreds of millions or billions of people are in rapid flux, those who pay closest attention to the bleeding edge actually gain an edge, as long as they also have the creative and cultural fluency to back it up.

But something important has changed, and many marketers have not noticed: Over the last three years, the rate of functional change across digital and social media has slowed dramatically.

You’ve noticed this anecdotally. Your new iPhone doesn’t do much that the old one didn’t. Instagram use hasn’t broadly changed since the introduction of Stories. Voice assistants still mainly provide weather, timers and awkward mid-sentence interruptions. Benedict Evans said it best (and most cuttingly) when he observed that smartphones have of late reached the “boring” phase of the tech S curve. As for the premise that new consumer tech is very important and demands our time, attention and money? The opposite is now true. Rubbing our eyes and squinting down the barrel of 2021, we see that over-optimizing for new stuff is now almost always the wrong choice.

We’re at a weird juncture. Social media is now as firmly entrenched as TV was in its lengthy heyday, and all of the Exciting New Things (AR, VR, wearables) are still embryonic. Most will not be broadly relevant from a marketing perspective for years to come.

There was a multi-decade period during which, aside from the rudimentary application of survey and demographic data, not much technological innovation was going on in advertising—and nobody cared. The only thing that mattered was execution. Not what to make—it was obviously a TV spot supported by some outdoor and print—but how to make the best thing.

We’re back there again, although the “how” has changed. You’ve now got to focus on what your audience cares about, because you need to earn their attention. You have to make something meaningful for them, not just something glossy. And mastery of the medium remains essential, but instead of a handful there are dozens, and mastery now encompasses a huge volume of data and math, not just creative and strategy.

If you enjoy lighting medium-sized piles of money on fire, by all means go ahead and build that voice app or awkward VR “experience” nobody uses but maybe gets you shortlisted for an award. But if you are in the business of changing consumer behavior on a mass scale, for the most part you’re going to want to set aside the shiny objects and make really great work on existing vectors.

A pre-emptive note to the “But actually...” rebuttals inevitably coming from Twitter: Yes, there are exceptions. Gaming is a massive opportunity, and marketers are only just beginning to figure out what that means. Amazon’s persistent expansion will continue to quietly reshape every aspect of global commerce in ways both predictable and not; same for Shopify and Stripe. Maybe at some point Instagram will really nail commerce. And surely I will be lectured in the comments by a very cool person about how the new version of Oculus is “really getting close.”

I love tech. I am the person excitedly talking to anyone who will listen (many apologies to my long-suffering wife and colleagues) about how the LIDAR implementation in the new iPhone 12 Pro is a key building block for Apple’s multiyear AR strategy. I can’t help it.

But if you zoom out, we are where we are. Your time is best spent working to make the most impactful thing, rather than the most novel thing. 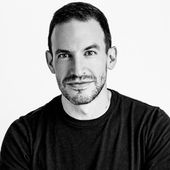 Jordan Fox is head of Laundry Service and Cycle.