In this C-suite smackdown, players on either side of the ROI divide hash out their differences
READ THIS NEXT
How exceptional customer experience can scale revenue and increase consumer loyalty
Credit: iStock

In January, Ad Age posted an opinion piece written by Kevin Twomey—a senior director at MaRS, a Toronto-based nonprofit that works with startups—that condemned influencer marketing as “dishonest and wasteful.” He railed against vanity metrics and tactics he characterized as unproven and untrustworthy.

“Influencer marketing was built on the faulty premise that trust in traditional and digital media was dying and that influencers were authentic voices customers could trust,” he wrote. “The inability to prove the ROI of influencer marketing should be enough to convince any half-decent marketer to de-prioritize it.”

Perhaps unsurprisingly, the opinion piece was met with much interest. It also raised a lot of hackles. Among those whose hackles had achieved higher elevation is—also unsurprisingly—Brendan Gahan, partner and chief social officer at Mekanism. Gahan has worked with brands on their YouTube influencer and community-building campaigns and wrote a feisty rebuttal to Twomey’s piece for Tubefilter, kicking it off by saying simply: “He’s wrong.”

So Ad Age invited the two of them to hash out their differences in point-counterpoint—an influencer marketing cage match.

Brendan Gahan: I’d love to start things off by asking Kevin: Do you genuinely believe that brands shouldn’t do influencer marketing, or is this all hyperbole? If you did believe what you wrote, has your opinion changed since you’ve seen my rebuttal (and countless others)?

Kevin Twomey: First off, I think it’s important to define what an influencer is because it’s become this catchall term for anyone and everyone including their dog (literally). In my opinion celebrities such as Beyoncé and Michael Jordan aren’t influencers. While they are influential, calling them an influencer is a disservice to them: They’re global pop and sport icons with mass appeal and work with brands as part of a multi-year, multichannel marketing strategy that goes far beyond an Instagram post. This is good old-fashioned sponsorship, which has been around for decades but has been conflated with influencer marketing.

Someone like Casey Neistat isn’t an influencer, either. He’s a skilled storyteller who, like Beyoncé and Michael, are influential but aren’t influencers. I asked Casey about influencer marketing at a conference and his response was, “I hate the word influencer. It talks about the effect, not the cause; it’s like calling a musician an ear pleaser.”

I’m not saying “don’t work with celebrities and skilled content creators.” What I am saying is that brands shouldn’t work with influencers who have no valuable skill apart from having a large social media following and posting nice photos. There are too many risks. At the very least, don’t make it a top strategic priority when there are so many challenges in demonstrating the ROI.

Brendan Gahan​​​​​​​: The literal Merriam-Webster dictionary definition of an influencer is “a person who is able to generate interest in something (such as a consumer product) by posting about it
on social media.”

Some people aren’t fans of the term “influencer” but everyone in this industry knows what you mean when you say it. (I personally prefer the term creator.)Even Neistat might not love being called an influencer, but that doesn’t change the definition, or the fact that he is one. Regardless, all signs point to his understanding of the definition, and he tweeted as much in disagreement with your post.

We may not always like the way words are defined, but that doesn’t change their meaning. The distinction you’re making is not one that you addressed in your post, nor is it one that is generally accepted.

But I think Casey says it best: “Never trust anyone who describes themselves as an influencer.”

I believe people outside of the influencer bubble are questioning what an influencer is, and its merits, which can only be a good thing. The purpose of my piece was to make brand guardians question their approach and encourage them to think beyond short-term metrics such as CPM, CTR and CPA. Recently, brands have been too focused on growth marketing and using influencers as a sales tactic to achieve short-term success. But this approach can only get a brand so far.

Brendan Gahan​​​​​​​: The thesis of your piece was that brands shouldn’t work with influencers.

Our personal preference for the term “influencer” is moot. It is defined. Moving on.

Your first argument for why brands shouldn’t work with influencers was that they don’t drive ROI. I did my first influencer collaboration in 2006, and have done thousands of brand/influencer activations since. What I’ve seen is that they are an effective marketing tool able to deliver upon a variety of measurable KPI’s, including: brand lift, CPA, foot traffic, movie ticket sales, and countless others.

My point is influencers can absolutely have positive ROI for a brand’s business, and there are plenty of resources and tactics to measure their impact. In fact, influencers have seen the results they generate and many have developed their own wildly successful product lines, merchandise, tours, etc.

Kevin Twomey​​​​​​​: I don’t agree that it is defined so we’ll just have to agree to disagree.

My article was about influencers like Marissa Casey Fuchs [the fashion influencer who duped fans by pitching her own marriage proposal to brands], who I don’t think brands should work with. Apart from the challenges in demonstrating ROI, there are other issues around inflated numbers, fake accounts and a lack of honesty and transparency. As someone who is directly responsible for the growth and health of a brand, I wouldn’t put the brand in a position where it could be seen as dishonest or trying to hide something.

I also referenced how brands need to stop chasing vanity metrics and get back to basics. I think the art and science of marketing has been lost in recent years and, while it’s great you’re taking a measured and responsible approach to brand growth, I think you’re probably in the minority.

The recent Casper admission that its inability to control social media influencers as an IPO risk highlights the concerns I have with influencer marketing—while it might give short-term sales, it’s not building a long-term brand nor growing the business responsibly. Casper’s admission is part of the reason why the company’s valuation has dropped almost $300 million since filing for IPO.

Brendan Gahan:  You didn’t originally write that your article was about “influencers like Marissa Casey Fuchs who I don’t think brands should work with.” What you wrote was that it is “time for marketing professionals to say goodbye to influencers,” and marketers should put influencer marketing “out to pasture.” This is a blanket statement that brands should not work with influencers.

Your article did not state that there are “challenges” in demonstrating ROI. You wrote that there is an “inability to prove the ROI of influencer marketing.” You made a definitive statement that brands cannot track ROI, which was incorrect.

You are correct that you raised concerns “around inflated numbers, fake accounts and a lack of honesty and transparency.” All valid points. However, you wrote that, “since fake followers and bots don’t buy products, it’s a bum deal for brands,” and that “It’s extremely difficult for brands to tell if an influencer is buying followers, so why take the risk?”

You’re making a mountain out of a molehill. In reality this is not difficult and a virtual non-issue for those experienced in the industry (not to mention there are countless services providing solutions).

Lastly, have you looked into what specifically Casper is referencing?

The TL;DR seems to be this: Casper works with many influencers, as do other mattress competitors. As I’ve pointed out, influencers are effective at driving sales. So, Casper’s concern stems from influencers choosing to promote competitors and the negative impact it could have on Casper’s sales. This is a challenge that most brands face no matter their marketing tactics. Lastly, in this Casper case study from one of their vendors, you’ll see influencers drove measurable ROI by driving real fans to real sales.

Kevin Twomey​​​​​​​: Okay, this is beginning to feel like season 9 of “How I Met Your Mother;” it should have ended long ago. We’ve gone back and forth on some key themes and I don’t think the reader will enjoy another kick at the can, so I’ll try to wrap this up.

The reaction to “THAT” Ad Age article, as it’s now referred to, has been fascinating and can be summed by with two words: Twitter and LinkedIn.

Twitter was an angry mob of influencer fanboys who were outraged that I could be so callous toward their profession. Influencers can get mean when threatened and they retaliated by calling me names like “boomer” (almost as original as the rest of their content). The other common response was “well you can’t measure TV/billboards.”

LinkedIn on the other hand was far more mature (maybe it’s full of “boomers?”). People wanted a balanced discussion on the topic and they generally agreed that marketing has gotten too focused on vanity metrics and needs to refocus on the fundamentals of great marketing and responsible brand growth.

The academic side of marketing has been lost in recent years, and I worry that there is a new generation of marketers who think that running a Facebook campaign or partnering with a lifestyle influencer makes them a marketing pro (reinforced by the comment that you can’t measure TV).

My marketing philosophy is pretty simple but requires stubborn determination: I want my work to be rich in insights, creatively influential and a source of brand and business growth. My potentially narrow definition of influencer marketing doesn’t currently fit into my philosophy, mainly because of issues around trust, transparency, accountability and measurement. But perhaps with people like you, Brendan, driving for higher influencer marketing standards, then you might just influence me yet. 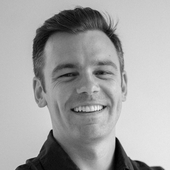 Brendan Gahan is partner and chief social officer at Mekanism. 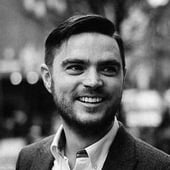