READ THIS NEXT
Opinion: Why California's privacy law is a mistake
Facebook ran U.S. and U.K. newspaper ads over the weekend apologizing for not doing more to prevent customer data leaks.
Credit: Jason Alden/Bloomberg

Facebook CEO and co-founder Mark Zuckerberg is apparently heading to Congress. But to understand where his creation is going, and whether advertisers will go with it, don't just watch his testimony. Watch how he, and marketers, understand what's going on.

There are three kinds of failure that can trigger crises in business.

Failure of policy: You decide to do something that's wrong or turns out to be wrong.

Failure of process: You fail to adequately police the policy decisions you make.

Failure of enforcement: You fail to take the necessary actions when either policy or process fail.

Given the company's stated goal to make the world more open and connected, probably not. It seemed reasonable to the hundreds of millions of users of apps built on Facebook's platform to share their information and contacts in exchange for a social experience. Playing Words With Friends is hard without the friends. Equally many people found "login with Facebook" a convenient alternative to dozens of individual log-in processes.

Was there a failure of process?

Given the company's stated goal to make the world more open and connected, probably yes. It seems reasonable to conclude that by allowing the development of the app ecosystem Facebook placed upon itself a duty of care that extended beyond a one-time agreement to its terms and conditions. It should have better interrogated each app prior to authorization. It should have insisted on a clear statement of the later use of data and demanded frequent and auditable compliance reports from developers. In so doing it would have incurred costs. But compliance is a cost of doing business in every sector.

Was there a failure of enforcement?

There seems to be little doubt about this. Facebook accepts that it received red flags and failed to invoke its audit rights; had it not had failure of process, this may not have been a problem. What's worse is that the company knew that there was an uncomfortable symmetry between its monetization and weaponization. This is oddly analogous to drilling for oil. You know that the very act that enables your business to prosper is the same act that can lead to catastrophe. When your profits are measured in billions you have no excuse other than to operate with your eyes wide open. Facebook did not.

Now many advertisers, the source of the gushing crude in the metaphor, are asking themselves whether they should continue to advertise on Facebook because of the recent news. Mozilla has won some publicity by announcing that it won't. Pep Boys' splash was smaller.

There are three important factors to consider.

First, is there likely to be a backlash against your company if you continue to advertise? The answer is almost certainly not. There seems to be a significant amount of public enmity toward Facebook but none towards its advertisers.

Second, is Facebook advertising effective? If it is not, you should not be using it anyway. If it is, you have a choice of co-mingling moral hazard with business imperatives or trying to replace Facebook with other routes to consumers. If you "pause," you may be well-served to think about the circumstances in which you would return; it helps to know the way back when you choose to walk away.

Third, is this event especially exceptional in the context of business, exceptional enough to alter your company's strategy? Did you change your fuel supplier after Deepwater Horizon? As a consumer yourself, did you stop buying Volkswagen or GM cars or J&J drugs when incidents arose? Did you boycott Target after its data breach or abandon AT&T after the NSA revelations? For that matter did you boycott Fox News after Ailes and O'Reilly? Did you delete Uber or stop flying United? Could what happened to Facebook happen to you?

In the end the consumer will judge Facebook. Has there been a breach of trust that exceeds the utility of its products? It's as simple as that.

If the users stay, so will the advertisers—unless Facebook has made the fatal error, setting in motion a regulatory cascade in which the data yielded from openness and connectedness can't be used to optimize advertising. At that point the economic model is compromised and so is Facebook.

Right now, Facebook is responding at the policy, process and enforcement level. But it needs to move fast and fix things. 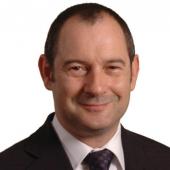 5 ways GDPR will change your world