Some thoughts on creating a winning approach to Big Game advertising
READ THIS NEXT
Opinion: 4 ways brands can use behavior change fundamentals to grow in the new normal 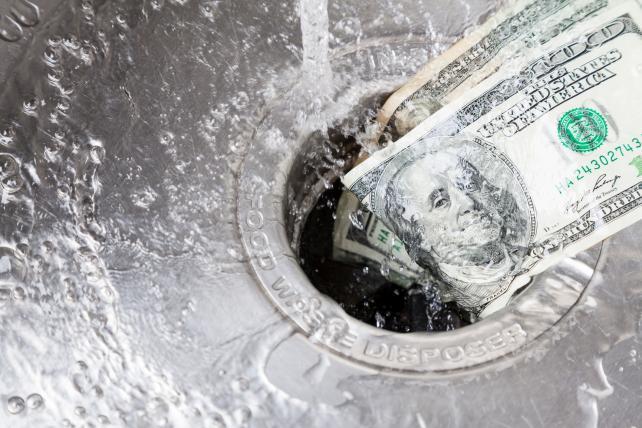 As we reflect on another Super Bowl come and gone, what did brands really get for the $5+ million they invested?

Unlike other major league sports or the Olympics, the Super Bowl is over in a few hours and then disappears for another year. Brands that run 30-second spots during the game are not all Super Bowl "sponsors" or even NFL partners, and in 2019 we saw many with a strategy of "one and done." While brands that choose to run an ad can have some success, frankly, only those with a longer-term continuity plan will win. Most of the brands that ran ads on Sunday will suffer the consequences of poor long-term brand planning and have squandered their initial investment.

A Communicus study found in 2017 that 1) only 10 percent of consumers remember the average Super Bowl ad and know the brand being advertised and 2) 80 percent of Super Bowl commercials fail to change consumer opinions/intentions regarding a brand.

Most Aren't Prepared to Suit Up and Play

As someone fortunate enough to have helped architect 12 consecutive Super Bowl campaigns, let me share some thoughts on creating a winning approach. Before making the big investment next year, here are some questions brands should ask themselves:

Can your marketing withstand the Super Bowl spend, with enough left over for the rest of the year? If yes, pull the trigger.

Are you willing to spend heavily in pre-Super Bowl activities and post-Super Bowl ad continuity? Proceed!

Are you hoping this solves your brand problems? Keep thinking of another solution.

Are you hoping spending 80 percent–100 percent of your annual marketing budget creates a great brand from one ad? Then no! Hell, no!

Most importantly, have you created a long-term (6–12-month plan) to support this beyond game day. If not, you are being somewhat irresponsible and you need to rethink your efforts.

There is arguably no other event that comes close to this level of marketing reach, but is sure to fail unless you build a plan that lasts far longer than Game Day.

Super Bowl Ads are best utilized as brand builders. However, the Super Bowl and its ancillary activities and experiences can also be used as a strong selling tool for consumers and your business partners. That's not to say an ad won't create a quick ecommerce pop (it may), but that's not as strong as creating a long-term brand ambassador or relationship.

The only way to fully extract 100 percent of the value out of the Super Bowl advertising event is a Pre / During / Post Game media strategy. Pre-Super Bowl execution efforts (sans planning) should be executed at least a month prior to the game and have elements that can encourage audiences to look forward to what you will deliver. This may include (but does not require) a teaser or the pre-release of an in-game ad asset.

Consider the time period between Friday prior the big game and the week after the game to be "during" the Super Bowl. This period is critical to stay in the hunt for consumer and press attention. Many brands fail miserably at this effort. They tend to believe the game asset will carry them through. It doesn't.

Post-Super Bowl is the most critical time period. As a brand, you can't live on one asset or :30 seconds alone. A longer-term continuity plan for the brand that is relevant to the Super Bowl ad is 100 percent necessary to build a relationship with your target audience. This should occur for a minimum of a few weeks to several months, post-game. It's simple human nature. Tell me, when did meeting someone once for 30 seconds create a long-term meaningful relationship? It doesn't.

Remember the Dunk in the Dark moment a few years back? Kudos to Oreo for taking advantage of that moment and for being A) quick B) witty and C) true to its brand and year-long strategy. There was much to learn from that effort, in particular around being prepared with a campaign and assets created in advance that could be utilized throughout the game so that when the moment presented itself to go off-cuff, they could do so with confidence.

So, let this year's mediocre football game and brand fails motivate you to begin planning your Super Bowl strategy for 2020 RIGHT NOW. Because, you will need most of a year to plan well, allocate enough budget, drive an effective strategy, align with the right partners, and design and create a robust campaign with assets that will not only set you apart with strong creative reviews, but that also will drive results.