Platform is shaping the future of ads by helping us remember what being creative is all about
READ THIS NEXT
Consumer privacy predictions—how marketers will be affected in 2023
Credit: TikTok

The world is changing. And ads are changing with it. With new tech trends and cultural movements, consumer habits are evolving. But knowing where to go to discover the latest isn’t very hard. You can learn it all on TikTok. As most of us know, this platform of approximately 1 billion users doesn’t just allow people to share; it inspires them to create. And as a result, they’re creating new ways of thinking, living, buying and, yes—even dancing. TikTok is the new ad school, teaching a more modern approach to communicating to current and future generations. It’s not just for up-and-coming creatives; here are 5 ways the entire industry can learn from it.

Learn to trust your gut

Without a doubt, TikTok has proven that great ideas don’t need to be overthought or over-produced. You don’t need an elaborate team of decision-makers and a giant budget to get your idea into the world. The platform is brilliantly designed to make it easy for anyone with a phone to edit and upload, so you can go with your instincts. This means it’s not always perfect, but it’s authentic. And authenticity is what makes things famous. For example, Willow and Tyler Cole’s “Meet Me At Our Spot” started trending because of a live performance video. When people went searching for the produced studio version of the song, they were very disappointed: It didn't feel as real as the live rendition. TikTokers demanded the release of the live track on streaming music platforms and the people not only got what they wanted, but also set a precedent for the type of content they were willing to share.

The platform is made up of real people tapping into different cultural insights. It brings a diversity of perspectives from around the country and the world; you’re not just seeing your friends or connections in a feed. This is a world of strangers you’ll learn all about. And in doing so, you’ll see more than one way of approaching things. When Couch Guy first hit TikTok, hundreds of people wanted to chime in on what they thought was going on. If you live under a rock, this is a video where a young woman surprises her long-distance boyfriend at his college dorm to find him socializing with a group of girls on his couch. His awkward reaction to his girlfriend sparked frame-by-frame playbacks, analyzing whether he was up to no good or if he was really happy to see her. Thousands of videos were shared, each giving their unique perspectives. So even a simple video can be seen in multiple different ways. It just depends on where you’re standing.

Learn to be original together

TikTok is our new remix culture in action. You take what someone has created, and you find your own twist on it, which then inspires someone else to make that their own. It’s all about recontextualizing sounds from different videos or adding on to someone else’s brainchild. While we’re all looking for original ideas, TikTok is teaching us the new definition of originality. It’s a mashup of the familiar with the unexpected. The popular “Don’t be suspicious” sound featuring the voices of Jenny Slate and Ben Schwartz, was pulled from a random “Parks and Recreation” scene and has been used in hundreds of thousands of videos, each super original, but all working under the same “brief.”

Learn how to pay attention

TikTok can give direct insights into what song or talent is about to pop off in culture. “Fancy Like” by Walter Hayes was a relatively unknown country song that included an ode to Applebee’s. Then Hayes shared the song along with a dance on TikTok, and it blew up. Someone at Applebee’s was watching because it’s now the unofficial official song of the chain. And it led to Applebee’s putting the Oreo Shake back on the menu, per the song lyrics. No one could have ever predicted the song would have had the success that it did unless they were on TikTok.

Learn to go back in time

TikTok is a new-ish platform, but it takes us back to uncompromised, unadulterated creativity—that feeling of coming up with an idea without red tape or budgets or politics. It inspires us to take more chances and see what sticks. And learning what makes an idea stick in the zeitgeist of TikTok can help us understand how to create brand ideas that people care about, riff on and share. TikTok is shaping the future of ads, but part of it is helping us remember what being creative is all about. 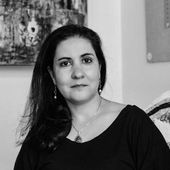