Op-ed: Live by the data dumb fucks, die by the ... | Ad Age
Skip to main content
Sign In Register

READ THIS NEXT
Opinion: A cookieless world will unleash creativity
Credit: Andrew Harrer/Bloomberg

The supposed "bombshell" report around Cambridge Analytica's exploitation of Facebook customer data for the benefit of Donald Trump's presidential campaign was hardly a bombshell at all. You marketers know, if it's not data-driven, it's guess work.

From the onset of social media (and even before), consumer data—your data—has been dimensionalized, enriched, segmented and recalibrated by data companies and marketers, and then used to hyper-target audiences from there. Some call it "omni-channel offer optimization," but in lay-speak, it's just data-driven marketing.

At Facebook's onset, founder Mark Zuckerberg referred to those who handed over their data as "dumb fucks." It's likely that view held true as the site marched toward 2 billion users worldwide.

He saw Facebook's value as a targeting tool: an eyeball aggregator. Maybe not one that could alter the course of democracies—but that doesn't mean he, or the underlying system that Facebook exploited, should simply get a free pass in the future.

The surrender of personal data by consumers and aggregation and re-use of such wasn't a secret, as Vice's Motherboard called out, it was "a feature, not a bug." And the questionable use of Facebook data for political purposes by Cambridge Analytica was hardly news. Ted Cruz's campaign also used the firm back in 2015 in much the same way.

The difference is that this time, there's loud outrage because it's now clear that the personal data of a huge number of people was used to manipulate the outcome of something very important, personal and controversial—the election of Donald Trump. Whether Cambridge Analytica's work actually helped get him elected is inconsequential. The bigger issue is the system was purposefully created to harvest personal data and leverage it. This is just the most attention paid to what happens after users give "informed consent."

More than anything else, that is the most fundamental problem within the current, centralized internet we know. Digital advertising violates consumer privacy at every moment possible, all in the name of profitability.

Billions of social media users around the world are being targeted and analyzed in exactly the same way, but for less dramatic purposes, like local barber shop ads or pizza delivery. Giving consent, no matter how vague, to those entities is seen as the cost of the service and an accepted outcome of clicking yes on a couple "Terms & Conditions" boxes.

But the tide is starting to turn against "informed consent" for targeting, at least as we know it today. The report on Cambridge Analytica shows us how far consent can reach when left unchecked (and they are)— and begs the question: Is informed consent actually informed? As it's done today, "informed consent" allows players in the system to use data in ways that are completely opaque to consumers, resulting in a removal of a person's ability to govern their own decisions. Agency has become an illusion.

Europe is already fighting consumer data abuse with initiatives like GDPR, which forces companies that use data to be far more clear and explicit about what's being collected, who's collecting it and where it's stored. Violators, including past offenders like Facebook, will be subject to such steep penalties for failing to comply that the cost of non-compliance can no longer be built into their business models

Actions like this are a step in the right direction, but they're also a temporary fix. They don't solve the underlying problem: the system was built to leverage your data as a commodity, reselling it over and over again to the highest bidder with no regard for how it's used. Without real change to the status quo and penalties, those who want to get around them will find some way (and outside the E.U., will happily pay the fines as the "cost of doing business").

Instead, this moment is the industry's best chance yet to whittle down the existing ad systems and build new ones from the ground up—with a new, privacy-focused protocol for digital advertising that realigns incentives across the value chain and puts real consent back in the hands of consumers.

Facebook and Google—the "duopoly" as it's frequently described—possess a completely backward business model, one that's fundamentally at odds with consumer privacy. Everyone has to be transparent about how they use consumer data if the advertising is going to have real value that isn't followed by broad-scale backlash like we're seeing today.

A privacy-based model would allow both business models to thrive under one roof. While targeting is still central to effective marketing, it should be done with truly informed consent. The intention of the data collection would be above-board and opt-in. It could not be used effectively for subversive campaigns unless expressly spelled out (and why would it be?). Advertising could foster real connections between brands and consumers—a two-way conversation.

Companies like Procter & Gamble are already moving in this direction, towards reestablishing real connections with consumers. Instead of targeting people from the shadows, being open and honest with consumers will drive better connection and lead to better conversion.

The future would open doors for consumers as well. In addition to delivering truly informed consent and control over their information, they could become a real participant in the advertising economy. Instead of having their data monetized, they could monetize their data.

This is a turning point; a unique opportunity to realign a fundamentally broken system. We can choose to move away from a centralized, potentially nefarious surveillance system masquerading as a photo-sharing app, and build new protocol that decommoditizes data users, and ad inventory. There's still time to take back the foundations of the internet and put it to use for consumers, smart brands and content providers. Facebook, in particular, has gotten fat enough on data. Now is the time time to take ownership back. 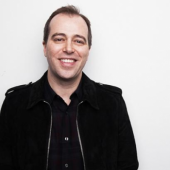 Adam Helfgott
Adam Helfgott is CEO of Mad Network and founding member of AdLedger, a non-profit consortium of agencies, brands and technology companies developing best practices for blockchain innovations.
Follow View all articles by this author