NEW YORK (AdAge.com) -- Paul N. Mulcahy, a well-known figure in the advertising world who was for many years a high-ranking marketing executive with Campbell Soup Co., died Oct. 7 in Rutland, Vt., following a stroke. 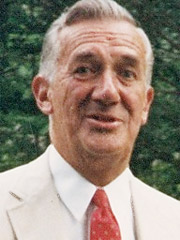 Mr. Mulcahy, 80, joined the Camden, N.J.-based food giant in 1953 as a salesman. During his 40 years with the company, he held positions in sales promotion and marketing and was VP-marketing services and president of CSC Advertising, Campbell's in-house ad agency. During his tenure, he managed relationships with Campbell's shops, including BBDO, FCB/Leber Katz Partners, Ogilvy & Mather and Leo Burnett. Over the years, he worked with agencies that created dozens of iconic campaigns for the company's stable of brands, which at times included Pepperidge Farm, Vlasic, Prego, Godiva and, of course, red-and-white label soups.

"He was a giant in the business," said Tony Adams, who was VP-market research and planning at Campbell and now an adjunct professor at Wharton. "He bled tomato soup. He gave his whole life for that company."

Allen Rosenshine, chairman emeritus at BBDO, which for years has handled the company's flagship soup business, recalled Mr. Mulcahy as a champion of branding who was willing to fight for bigger budgets at times when Campbell was inclined to pull back due to financial pressures. "Paul, among all Campbell management, was the most sophisticated when it [came] to marketing, advertising and brand management."

Bill Katz, Chairman of Visible World and previously president-CEO at BBDO, said Mr. Mulcahy was "an exceptional executive" with a rare ability to balance the analytic side of the business with emotional appeal. "Beyond that, he was a real mensch," said Mr. Katz, "even with the name of Mulcahy."

But Mr. Mulcahy's influence reached beyond practitioners of marketing to those who chronicled it, including this reporter and Randall Rothenberg, president-CEO of the Interactive Advertising Bureau, who was covering marketing for the New York Times during Mr. Mulcahy's days at Campbell.

"I was starting out as The New York Times ad columnist, and few people were more giving, helpful and accessible to me as I was trying to unravel the mysteries of marketing," he said.

"Paul had many, many friends in the advertising and media businesses," said Mr. Rothenberg, "not just because he was godfather to the Campbell Soup kids, but because of his personality."

And what a personality it was. The straight-shooting Mr. Mulcahy was a journalist favorite because he was so eminently quotable. Commenting in an Ad Age story after his 1992 retirement on Campbell's decision to spin off the Vlasic and Swanson brands, he said, "All these companies are in the same position. They work week to week, quarter to quarter, year to year to please Wall Street. If profits go down, shareholders scream blue murder. It's sheer greed."

In a Wall Street Journal story on special effects in food advertising in 1985, he said, "That stuff is as expensive as blazes. You have to wonder if a nicely decorated plate isn't as effective as food hurtling through the air."

Such candidness, however, did not diminish his stature within the company. "He was a great guy, admired by every one of our marketing group," remembered Herb Baum, president Campbell North and South America until 1993 and now retired.

Among his other contributions at Campbell, Mr. Mulcahy was responsible for creating Labels for Education, an initiative that awards educational equipment to schools in exchange for labels from food products. He also served on the board of directors for Keep America Beautiful, and the Council of Better Business Bureaus, among other organizations, and was an active campaign director for the Advertising Council. In 1989, he received the Ad Council's Robert V. Goldstein Award for distinguished public service and was extremely active in the Association of National Advertisers.

"He was both a consummate professional and a complete gentleman," said former Campbell colleague Ed Russell. "He carried a tremendous administrative burden with a smile, leading a large and diverse group with a firm but gentle hand. We shall not see his kind again."